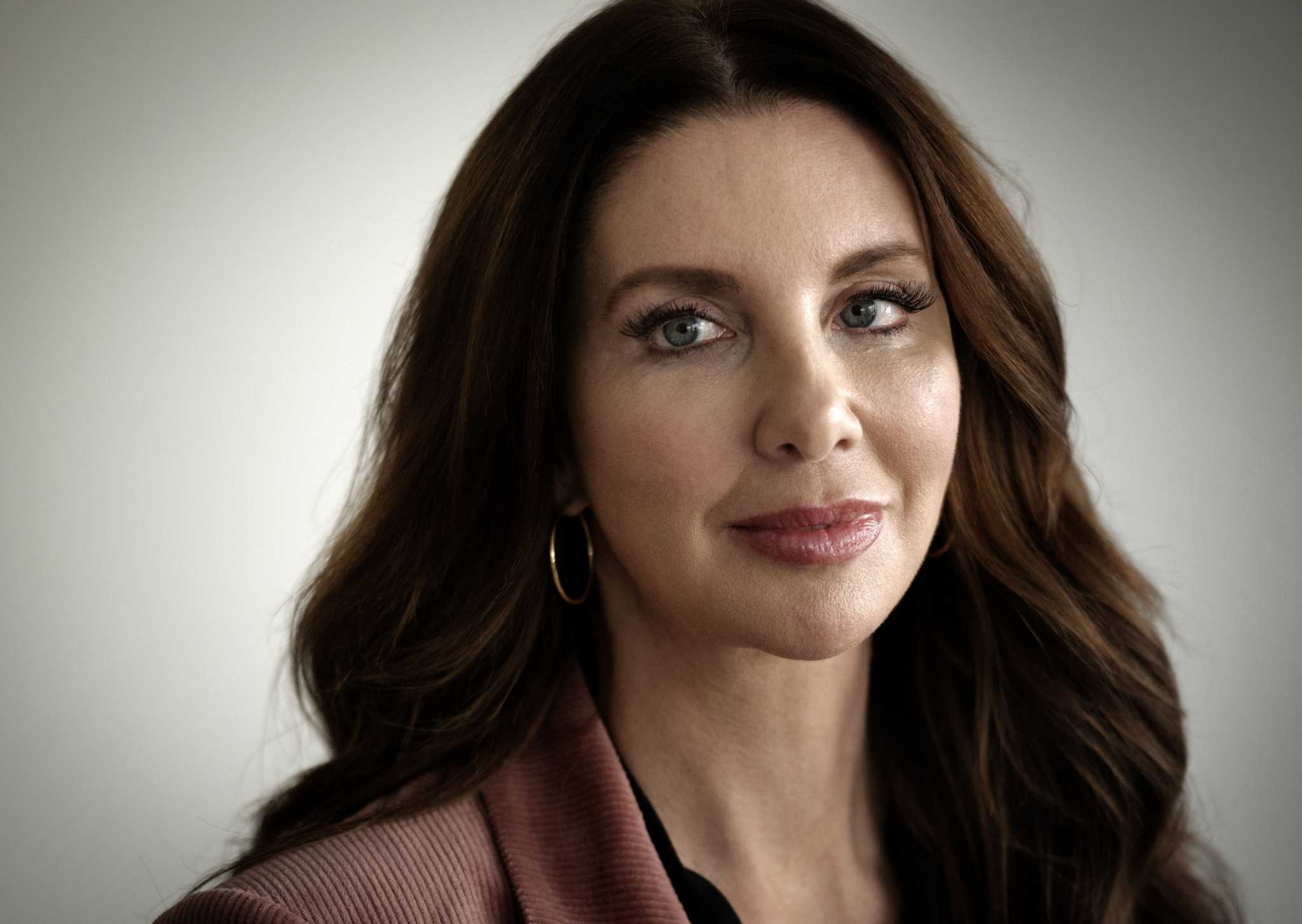 Shannon Watts, one of the country’s most influential gun-safety activists, says she will retire later this year from Moms Demand Action, the grass-roots advocacy group she began in her kitchen a decade ago and grew into a political juggernaut.

“I have asked myself, honestly, every year since I started this organization: Is it time for me to step back and let other people step forward?” Watts, 52, said in an exclusive interview with The Washington Post to announce her decision. “And I think this is the right time.”

The 2012 massacre of 20 first-graders and six staff members at Sandy Hook Elementary in Connecticut inspired Watts, then a stay-at-home mom, to act. When she searched online for a gun-safety group to join and found that all of them were led by men, she decided to start her own. From her home in Indiana, Watts recruited like-minded women through a Facebook group.

Now, in much of the country, Moms Demand’s influence has eclipsed that of its longtime adversary, the National Rifle Association. Under Watts’s leadership, the organization has established chapters in all 50 states and enlisted tens of thousands of volunteers – almost always dressed in branded red shirts – to organize rallies, campaign for “gun sense” candidates and pack meeting rooms where firearms laws are being debated.

Watts’s success stems from an uncommon blend of qualities and experience that made her ideally suited for the job’s challenges. Her previous work as a communications executive gave her a deep understanding of how to attract media attention and market ideas. She turned a severe case of attention-deficit/hyperactivity disorder into what she called a “superpower” that allowed her to hyper-focus for many hours straight, a skill she’s harnessed hundreds of times to live-tweet details and context after shootings.

Watts, who says she has never taken a salary from Moms Demand, also possesses a fortitude that has sustained her despite years of death threats from gun-rights extremists, inaction by federal lawmakers and near-constant immersion in one of America’s darkest crises.

Although she denies opposing the Second Amendment, gun-rights groups have long portrayed her as an enemy of the Constitution who wants legal weapons confiscated. In its many denunciations, the NRA has called her a “#2A-hating lobbyist,” accused her of promoting “nearly every gun control measure” and described her Twitter feed as a “fevered anti-gun stream-of-consciousness.”

Through it all, Watts has maintained a sense of optimism – as well as a biting wit she often deploys against her many conservative critics (Watts’s “location,” according to her Twitter profile: “NRA’s head, rent free”).

“This woman has nerves of steel,” said Katie Couric, among the first journalists to introduce Watts to a national audience. “I just admire her on so many levels for her organizational acumen, for her fearlessness in the face of just horrible harassment, and for her determination to stop at nothing.”

Watts says she won’t stop after resigning either, and though some around her have suggested she run for public office, the mother of five has yet to decide what will come next.

She started the organization assuming she would run it for only a few months, but in the spring of 2013, the U.S. Senate rejected President Barack Obama’s effort to overhaul the nation’s gun laws. Watts was in the Capitol, watching from the gallery, when one of those bills failed to pass by six votes.

Among the senators to reject the legislation was Heidi Heitkamp, a Democrat from North Dakota, who told reporters that calls to her office the day before the vote were “at least 7 to 1 against that bill.”

Watts never forgot that comment. Nine years later, when the chance for change finally returned to Capitol Hill this summer after another deadly school shooting at Robb Elementary in Uvalde, Tex., she helped organize a massive lobbying effort that directed more than a million calls and messages to the Senate.

The Bipartisan Safer Communities Act passed Congress with relative ease, despite NRA opposition. The bill didn’t include many of the sweeping changes activists had long fought for, but it represented the first significant gun legislation to become federal law in three decades.

Todd C. Young of Indiana was one of 15 Senate Republicans who supported it, noting at the time that the “calls are about 10-to-1 in my office – 10 in favor of reasonable prohibitions.”

“It took us a decade,” Watts tweeted after she read his quote, “but no one today can out organize @MomsDemand.”

The victory helped lead to her momentous decision.

In July, President Biden hosted an event at the White House to commemorate the legislation’s passage, and when Watts looked around the room, she saw survivors, activists and lawmakers who had fought alongside her since the beginning. Three weeks earlier, on the day of the Senate vote, she had run into Mark Barden, who co-founded Sandy Hook Promise after his 7-year-old son, Daniel, was killed in the shooting. Barden and Watts took a celebratory photo together, back to back, both of them smiling at the camera.

Those moments, and what they represented, felt like a bookend for Watts.

“Is it time?” she asked herself at the White House party. “For the first time, I heard the word, ‘Yes.'”

On a chilly afternoon in early December, Watts was talking to the founder of another nonprofit, in Southeast D.C., when the woman said she wanted to share a story.

Ryane Nickens had started the TraRon Center to support victims of gun violence after losing three of her family members in shootings. Everytown for Gun Safety, the umbrella organization that Moms Demand operates under, had given Nickens’s center $240,000 in grant money since 2020, and Watts had stopped by to catch up.

A few days earlier, Nickens told her, a friend had asked what the famous activist was really like.

“She’s a Midwestern, liberal, White woman,” Nickens recalled telling the friend. “But what separates [Moms Demand] from all the other big policy-centered gun violence groups is … a leader that is willing to self-correct, willing to listen. And you all listened. And you began to look at communal gun violence that has been happening. You began to figure out ways to support people who are doing things, grass-roots organizations, and I think that’s the separation.”

In its earliest days, Moms Demand had focused on addressing the crisis that inspired its creation: school shootings. Watts knew little of the wider world of gun violence – the one that overwhelmingly plagued communities of color – but then came a 2014 letter from Lucy McBath, who, long before she was elected to represent Georgia in Congress, gave speeches for Moms Demand about the fatal shooting of her 17-year-old son.

Most of the crowds she addressed were White.

At the time, McBath wondered if her letter’s bluntness would offend Watts, but it had the opposite effect.

“She said, ‘Absolutely, this is the only way to save as many lives as we possibly can,'” recalled McBath, whom Watts later encouraged to run for office.

Watts changed the original name, “One Million Moms for Gun Control,” after Rep. Carolyn McCarthy (D-N.Y.) told Watts that “gun control” would ostracize people. She consulted with Debbie Weir, then CEO of Mothers Against Drunk Driving, who suggested that Watts establish local chapters, now an essential element of Moms Demand and its national reach. In 2014, she partnered New York billionaire Mike Bloomberg to create the Everytown advocacy group.

“I just have been consistently and persistently impressed by her,” said Clinton, who featured Watts on the docuseries “Gutsy.” “I think she’s always very much lived her values, whether that’s being a full-time volunteer to, when necessary, having security with her that are never armed, which as someone who cares deeply about her, candidly, makes me nervous.”

Clinton’s worries are warranted. Online and during her frequent cable news appearances, Watts has not hesitated to call out gun-rights groups and angry extremists.

“The NRA was an emphasis from day one. And our theory was always: ‘Let’s shine a light on them,'” she said. “And when we do that, they will lose political power and money. And that is exactly what’s happened.”

Her tactics have come at a personal cost. Online, she has repeatedly been threatened. Her kids’ social media accounts were hacked and the names of their schools widely shared. She received disturbing Son of Sam-style notes, with the letters cut out from newspapers and magazines. Before she moved to California, strangers figured out where her family lived and drove by their house, slowing down and peering inside.

“People have messaged me … that they hope that we get raped,” said her daughter, Abby Troughton, now 27. “I was a teenager receiving that. And my sister, too.”

But the comments didn’t frighten Troughton, she said, because “I never felt like my mom was ever going to let anything happen to us.”

Watts, however, has accepted that she could face real danger at any time. Before speaking engagements, she said, the primary job of her unarmed security guard is to identify the hospital that would treat her if she got shot.

There have also been less public consequences of her commitment to the cause. Seldom in the past 10 years has Watts taken a real break. The work has interrupted holidays, vacations, family gatherings. “The worst words in my family are, ‘There’s been a mass shooting,'” she said. “Just because they know that’s the end of whatever it is that we were doing.”

No one has supported Watts more resolutely than her husband, John, a health-care executive whose favorite word to describe his wife is “indomitable.” But they both understand the toll that her commitment has taken on their relationship.

The 2019 shooting that killed 23 people at an El Paso Walmart happened on the same weekend that John turned 60. She couldn’t stay. He understood.

Watts flew to Washington that night to lead a new push for legislation. She called him when her plane landed.

“I’m just so proud of you,” her husband said, as he ate a salad by himself.

Watts’s looming departure from Moms Demand raises an urgent question: What will it mean for the movement?

Other prominent activists will continue the work, but Watts holds a singular role in the gun-safety community thanks to her talent at organizing, her 584,000 Twitter followers, her regular presence on cable news networks and her willingness to engage over and over and over.

Watts decided to share the news of her retirement months ahead of time to help with that transition and to raise the profile of others who can help fill the void she’ll leave behind.

“I think that Shannon would be the first to say that the movement has never been stronger,” said John Feinblatt, Everytown’s president. “We’ve made it clear that gun safety isn’t just life saving policy, it’s good politics.”

Watts agrees, and as she has thought more about the organization’s future without her, her mind has often returned to a moment from its past.

In 2018, she traveled to Portland, Ore., for a gathering of Moms Demand volunteers, and when she walked into the meeting room in her red T-shirt, a woman at the front asked her to sign-in, so she did.

“Could you help us set up chairs?” the woman asked next.

“Sure,” Watts replied, and she did that, too.

The interaction, she said, was thrilling.

“She had no idea who I was,” Watts recalled. “And I thought, ‘This is what a healthy organization looks like.’ It isn’t about me. It is about them.”