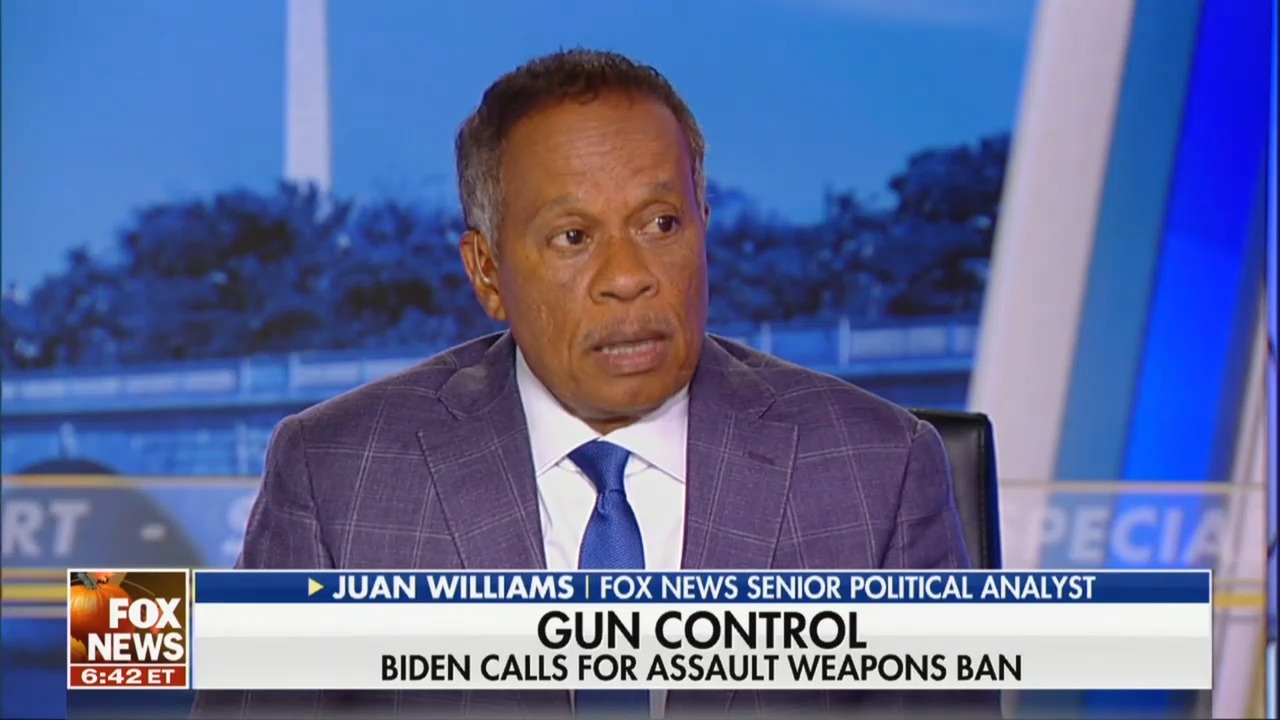 “President Biden in his comments earlier today from Nantucket lasered in on semis. He said the fact that civilians are allowed to own them in this country is ‘sick,’ those were his words,” Turned began, adding:

“Well, I think the president is reflecting a sort of a national frustration, but his frustration in specific, remember, he was behind a previous ban on semi-automatic weapons in the nineties,” Williams replied.

“Today, generally, Gillian, it’s still the case that universal background checks and a ban on semi-automatic weapons is favored by a majority of the American people. But Congress won’t act, and the Supreme Court, in fact, is going in the other direction, saying that state and local restrictions on open carry, stand your ground, all those are violations of the Second Amendment,” Williams added, continuing:

I mean, the argument is the Second Amendment. You know, do you think that the founders really had in mind people having weapons that are best intended for a battlefield, you know, in the hands of private people? I mean, that’s the argument. The American people agree with President Biden on this one.

“Morgan take a look at this latest Fox News polling shows that 56% of Americans believed that tougher gun laws would reduce the number of U.S. mass shootings,” Turner then noted showing a graphic.

“It’s also a reality, Morgan, that the epidemic of school shootings, of mass shootings in this country has really done very little to change the debate, at least on Capitol Hill, between Democrats and Republicans over whether guns or people are to blame. At a certain point, somebody here in Washington is going to have to find a way to break through that argument,” Turner added.

Morgan Ortagus, a former spokesperson for the U.S. Department of State, then explained the difficulties Biden will have getting any new gun legislation through a Republican House and a Senate with several red-state Democrats up for reelection.

Watch the full clip above via Fox News