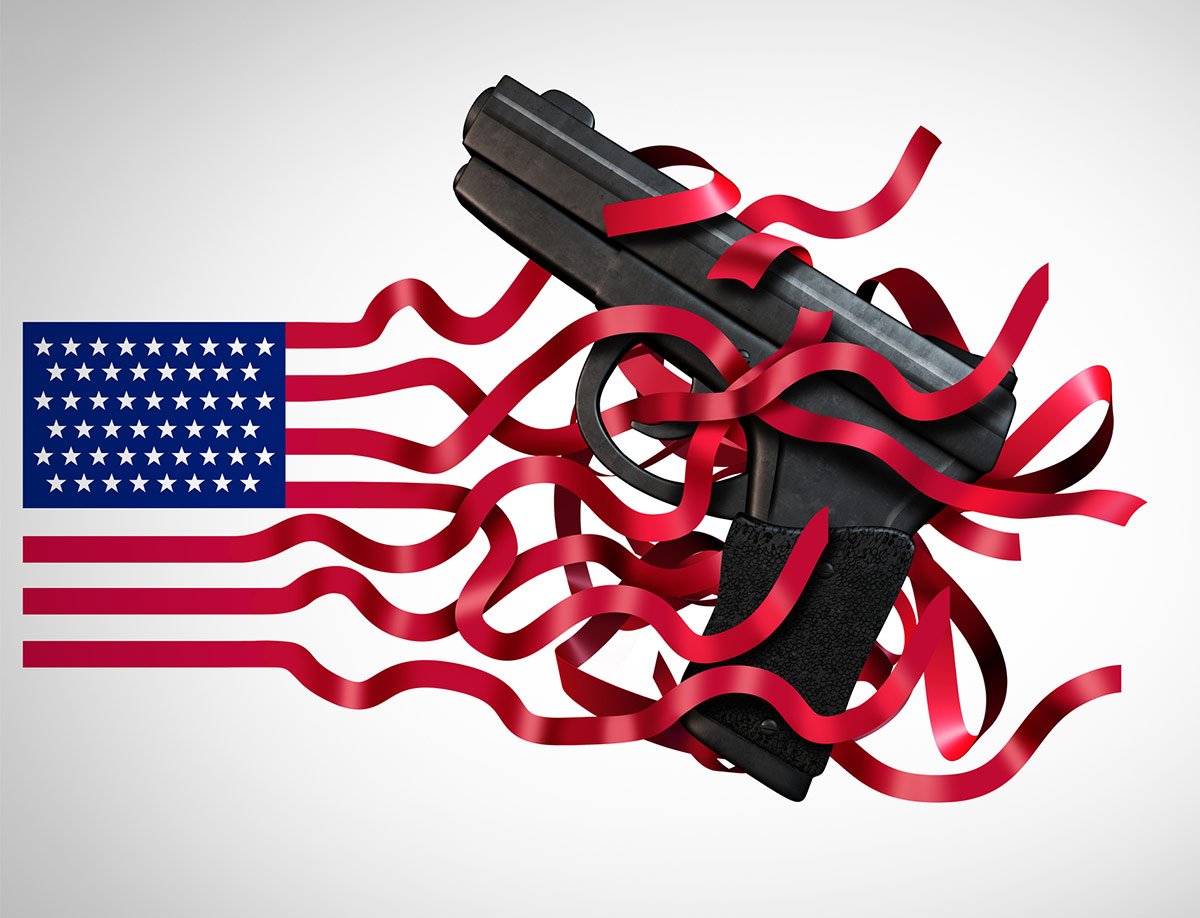 Republicans learned absolutely nothing from their historic defeat in the midterm elections. They proved it again after the election when Republicans responded to another horrific wave of American mass shootings exactly the same way they always have—with embarrassed silence and no plans to take any action.

That is increasingly unpopular with a majority of American voters. Midterm exit polls showed the major issues expectedly reducing the Republican vote in battleground states including Wisconsin were the party’s destruction of abortion rights and its failure to do anything to reduce mass shootings. Both issues were especially important in the record turnout of voters under 30 who grew up practicing “active shooter” drills in their schools.

Republicans can’t escape the consequences of refusing to deal with gun violence. Over 10 days before Thanksgiving, three high-profile mass shootings occurred in rapid succession. They left three students dead and two more injured in Charlottesville, Va., five dead and 18 more injured in an LGBTQ club in Colorado Springs and seven dead including the shooter and six more injured in a Chesapeake, Va., Walmart.

Those mass murders blurred together into one blood-soaked American Thanksgiving. It was reminiscent of the first and most heart-breaking holiday massacre during the Christmas season a decade ago—the slaughter of 20 beautiful six-and-seven-year-olds and six staff members at Sandy Hook Elementary School in Newtown, Conn.

That was the first time Republicans blocked congressional approval of the attempt by President Obama and his vice president Joe Biden to ban civilian purchase of military assault weapons designed for warfare. Since then, mass murders have grown into daily events that can take place at any time anywhere in America.

As president, Biden is continuing the fight to ban assault weapons. “The idea we still allow semi-automatic weapons to be purchased is sick. Just sick,” Biden told reporters on Thanksgiving Day. “It has no, no social redeeming value. Zero. None. Not a single solitary rationale for it except profit for the gun manufacturers.”

Biden’s right. Military assault weapons simply have no legitimate purpose in civil society. No one has ever needed to fire hundreds of rounds of ammunition within minutes for either hunting or self-defense. Deer hunters have never been issued licenses to shoot an entire herd. And anyone who fears a home invasion by an enormous army of assassins needs to start watching better television.

Mass shootings, defined as killing or wounding four or more people not including the shooter, have averaged more than one a day so far this year. Not a single week has passed without at least four mass shootings. There was a time when Democrats as well Republicans were too fearful of political retribution from the National Rifle Association to outlaw weapons of mass murder. Those days are long gone.

Even in pro-hunting states like Wisconsin, Democrats are now united against the openly corrupt NRA that no longer represents the interests of gun owners. Gun owners are just as terrified as any other Americans about getting a call from their child’s school it’s just experienced a mass shooting by a madman who legally bought an assault weapon. The NRA represents gun manufacturers who are making a killing off mass murder.

One of the most nonsensical exercises after every mass shooting is the tiresome search for some motive or reason behind the killings Everyone knows the real reason mass murders have become daily occurrences in America. It’s the refusal of Republicans to ban deadly, semi-automatic, AR-15-style, military assault weapons that have become the weapons of choice for mass murderers.

There’s no excuse not to ban assault weapons. As a senator, Biden helped President Clinton pass the 1994 assault weapons ban that lasted a decade before Republicans controlling the Senate under President George W. Bush allowed it to expire in 2004 without a vote.

But everyone knows Biden’s last chance this term to restore an updated and even more urgent assault weapons ban may be the current lame duck session of Congress before the Republican lunatic caucus gains narrow control of the House in January. That will require enough Republican support in the 50-50 Senate to overcome a Republican filibuster.

That looks improbable, but not impossible. The current House under Speaker Nancy Pelosi passed a new assault weapons ban in July. A month before, the Senate managed to pass a truly pathetic, watered-down gun control law that nevertheless was hailed as historic because it was the first gun control law not to be blocked by Republicans in three decades. It was supported by 15 Republicans including Mitch McConnell.

So are there at least 10 Senate Republicans who are decent enough human beings to support banning the manufacture and sale of the assault weapons used every day in America to commit mass murder? If there aren’t, voters have to continue retiring Republicans who refuse to do their jobs.