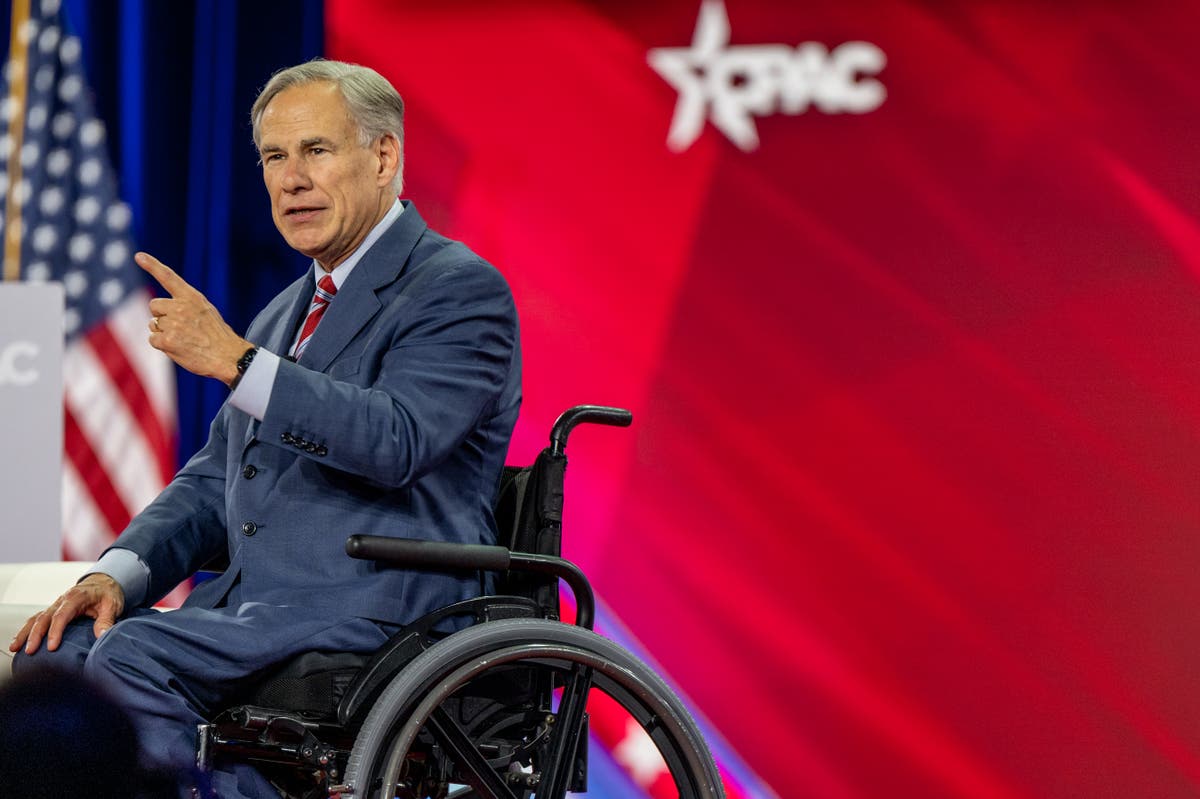 Exactly 50 days before voters across the country cast ballots in the 2022 midterms election, a poll suggests that one of the most closely-watched races is becoming less competitive and that the gap between the candidates is getting bigger.

The poll showed Mr Abbott, the 64-year-old hard line conservative who has championed some of the nation’s most extreme policies in terms of immigration and abortion access, has seen his lead increase from seven points in August, to nine months this month.

The poll for the University of Texas at Tyler and The Dallas Morning News, asked voters who they would pick to the Texas governor from a list of Mr Abbott, Mr O’Rourke, Green Party nominee Delilah Barrios, Libertarian nominee Mark Tippetts, or “someone else”.

The new poll gave Mr Abbott 47 points, with Mr O’Rourke on 38, and with Ms Barrios and Mr Tippetts on 3 points.

The 49-year-old Democrat, who impressed people with a 2018 bid to beat Republican Ted Cruz in 2018 to try and bag a Senate seat, losing by just 2.6 per cent in what was the closest race in Texas history, had hoped to use issues such as the overturn of Roe, as a way to win over voters.

While parts of the state are changing from a solid red to a more purple as a result of shifting demographics, it is still favoured territory for Republicans.

Mr O’Rourke, whose own presidential bid that cycle failed to make headway, had hoped he could win a marquee battle for Democrats that would send a message to the country.

“All of you who have come out here tonight, let me let you in on the big news. We are going to win this election in November,” he told supporters in Laredo earlier this month.

“We’re gonna win because we’re gonna make sure every woman makes her own decisions about her own body, her own future, and her own health care.”

He added: “We are going to win because we’re going to put the lives of our kids above the interests of the NRA, or the gun lobby or anything else.”

Mr Abbott not shied away from the fight and along with his Florida counterpart Ron DeSantis, took measures derided as political “stunts” by his opponents, such as bussing migrants to Vice President Kamala Harris’s DC residence, to fire up the Republican base.

“We’re sending migrants to her backyard to call on the Biden Administration to do its job and secure the border,” Mr Abbott tweeted after dispatching the migrants, in an episode widely condemned by Democrats.