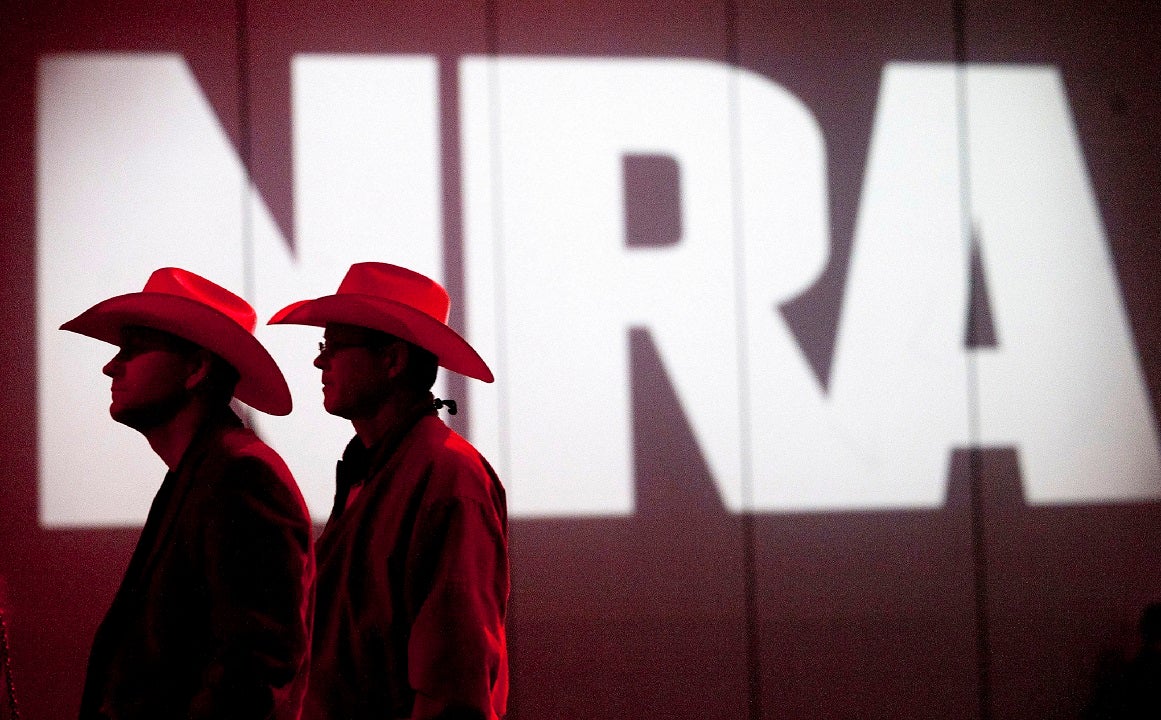 The National Rifles Association (NRA) said “Joe Biden’s America” and his soft on crime policies are to blame for rising crime in America, firing back at the president after he promised to “take them on” in his effort to ban “assault weapons.”

During his speech in Wilkes-Barre, Pennsylvania, Tuesday, Biden said: “We beat the NRA. Took them on and we beat the NRA straight up. You have no idea how intimidating they are to elected officials.” Biden then claimed that the majority of Republicans in Congress did not vote for the assault weapon ban because “they’re afraid of the NRA.”

“But guess what, we took on the NRA and we’re gonna take them on again and we won and we will win again. But we’re not stopping here, I’m determined to ban assault weapons in this country.”

Biden and the Democrats have been pushing for a national ban on all assault weapons, loosely defined as automatic and semiautomatic firearms, but Second Amendment groups are fighting back.

Spokesman for the NRA Lars Dalseide responded to Biden’s comments in an exclusive statement to Fox News Digital.

“The sad reality is that a majority of people are indeed afraid in Joe Biden’s America,” Dalseide said. “Average, everyday citizens are too frightened to walk their streets or let their children play outdoors because of his administration’s woeful inability to address violent crime that often has deadly consequences. Baltimore, Philadelphia, Chicago, New York, San Francisco, and other cities large and small remain under siege thanks to the revolving door of justice his soft-on-crime policies created.”

“Criminals are now acting without fear of prosecution or punishment. He can try to blame the millions of law-abiding NRA members but reasonable Americans know that the blame lies with the violent criminals and the politicians like President Biden who enable the revolving door justice system that spits them back on the streets.”

Republicans often argue that soft-on-crime policies, the defund the police movement, and a lack of police presence in large cities, are responsible for rising violent crime in the U.S, not the Second Amendment.

During Biden’s speech at the college, he also told the crowd to “vote against” any candidate who opposes the assault weapon ban, even though five candidates from his own party did just that, and three of those are seeking re-election: Rep. Henry Cuellar, D-Texas; Rep. Vincente Gonzalez, D-Texas; and Rep. Jared Golden, D-Maine.

Democrats continue their push to ban semi-automatic firearms, and passed the “assault weapons” ban in the House of Representatives in July on a 217-213 vote. The bill has not yet received a vote in the Senate.

In June, the Supreme Court overturned a New York gun law mandating any individual carrying a concealed weapon show “proper cause” in doing so.