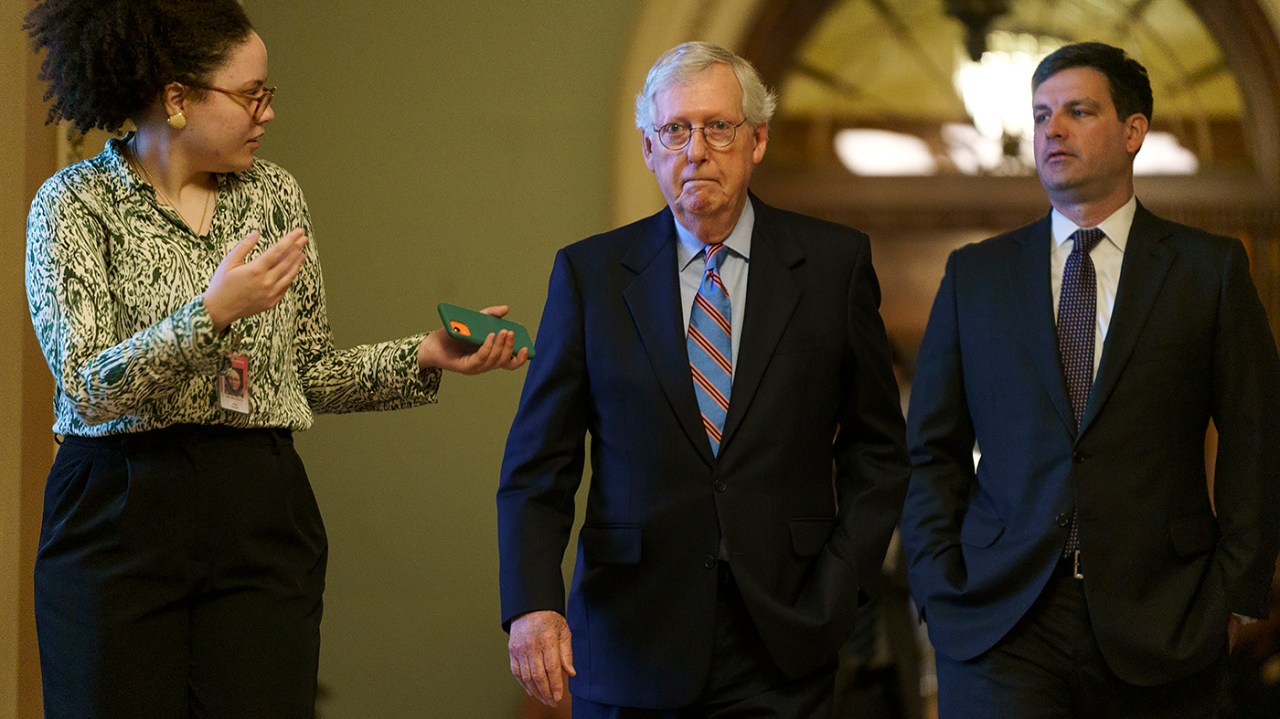 The Senate voted 64 to 34 Tuesday evening to advance an 80-page gun safety bill to strengthen background check requirements for gun buyers under 21, provide funding to states to administer red flag laws and to provide billions of dollars in new federal funding for mental health services.

Fourteen Republicans voted to proceed to the bill, including Senate Minority Leader Mitch McConnell (R-Ky.), who announced his support for the legislation moments before the vote.

“Our colleagues have put together a commonsense package of popular steps that will help make these horrifying incidents less likely while fully upholding the Second Amendment rights of law-abiding citizens,” McConnell said, referring to the recent mass shootings in Buffalo and Uvalde, Texas.

The vote represented a rare disagreement between McConnell and the National Rifle Association, which stated its opposition to the bill Tuesday evening.

The NRA’s Institute for Legislative Action on Tuesday said “we will oppose this gun control legislation because it falls short at every level.”

“It does little to truly address violent crime while opening the door to unnecessary burdens on the exercise of Second Amendment freedom by law-abiding gun owners,” the group said.

McConnell has an A-plus rating from the NRA and other Republicans who voted for it also have high ratings from the gun-rights group.

Ten Republican senators had already signed onto the bipartisan framework of gun safety principles that formed the basis of the legislation.

McConnell announced his likely support for the bill last week.

Capito, Ernst and Murkowski have A ratings from the NRA and Young has an A-plus rating.

The vote took place just more than an hour after Senate negotiators unveiled the text of the bill after weeks of negotiation.

Senate Majority Leader Schumer (D-N.Y.) said a successful initial procedural vote would set the bill up to pass by the end of the week.

“With an initial procedural vote tonight and flowing that, we will move to final passage as soon as possible. I expect the bill to pass the Senate by week’s end,” Schumer said on the floor.

The bill would create a 10-year period during which the National Instant Criminal Background Check System (NICS) would be required to check state records to determine whether gun buyers between the ages of 18 and 21 have juvenile crime records disqualifying them from owning a gun.

It would also expand the use of Byrne JAG law enforcement grants to help states implement “crisis intervention court programs.” States could use the money to administer red flag laws to take guns away from people convicted of a crime or adjudicated mentally unstable.

It would close the so-called boyfriend loophole by suspending the rights of someone to own a gun if he or she has been convicted of a misdemeanor domestic violence offense against an intimate or romantic partner. People who lose their gun rights could have them restored after a period of five years subsequent to the end of their criminal sentence.

It would clarify the definition of a gun dealer by requiring individuals who buy and sell many firearms to earn profits register as Federal Firearm Licensees and conduct background checks for those transactions.

It would provide $300 million over five years for school safety programs, including school resource officers and the “hardening” of school buildings.