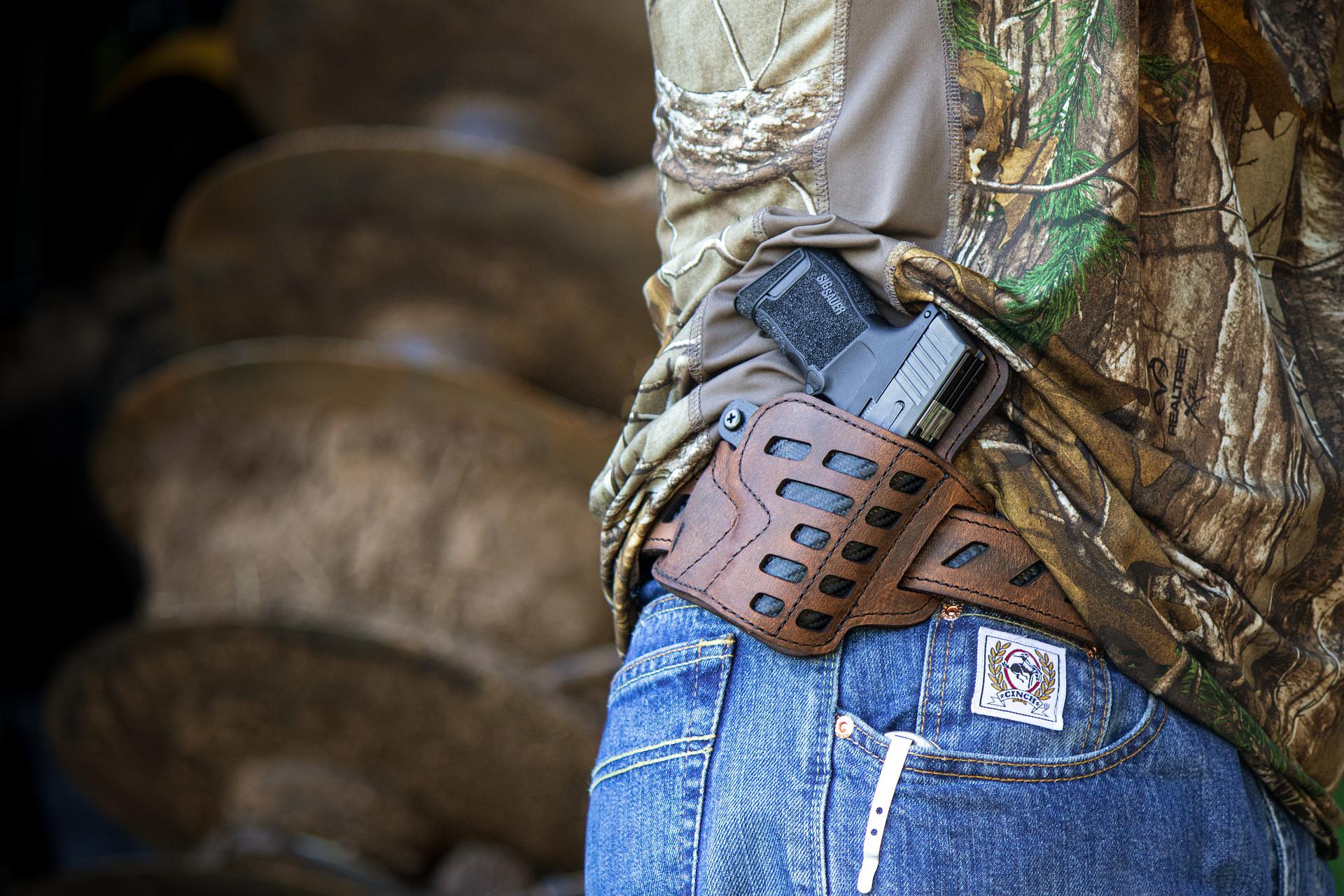 Uvalde, Buffalo, Baltimore, Tulsa, Arizona, Tennessee, Philadephia, and counting – seven episodes of gun violence paraded across our TV screens compressed into less than a fortnight. The signal that we need to do something is loud and clear.

One alternative would make sure guns don’t shoot. But the product-safety approach to safer guns doesn’t work – precisely because what makes guns effective – is that they do fire.

As with other contemporary issues, complex problems are often viewed in simplex or binary solutions (ban guns or don’t). This will not work. Nor will some progressive solutions, like excessive reliance on required background checks, as the Uvalde shooter would have passed such a check, even if required. [1]

Nor will focus on “gun safety” alone address the underlying cause of gun violence.  There is a deeper, underlying problem that must be identified before prescribing a comprehensive treatment and an effective cure.

Before addressing why the “favorite-son” approach (the proponent’s world view) only provides self-gratification to the proposers (i.e., I’m right; therefore, you’re wrong) and hence is futile, I will recap the two valid positions regarding legal initiatives to foster gun safety.

“A well regulated Militia, being necessary to the security of a free State, the right of the people to keep and bear Arms, shall not be infringed.”

Clarification of second amendment rights came in 2008 when the Supreme Court ruled that individuals had a right to keep loaded guns at home for protection. [2] The rule was extended to ban state interference with this right [3], as the right preserves a guarantee “fundamental” or “deeply rooted” in our nation’s history and tradition.

“These are all rights that the founding generation thought were sufficiently important that we’re going to enshrine them in the Bill of Rights.”

To be sure, many oppose this approach:

” We are talking about an instrument that is designed to kill people…. The public safety considerations are so tremendous and varied on the side of gun regulation in a way that is not equally true of other rights.”

Fleeing tyrannical governments justified the founders’ fear of governmental overreach and abuse of powers, manifesting a desire to provide for a secure haven that necessitated the bearing of arms. Fears of government over-reach and abuse abound today, possibly invoking the same rationale.

The founder’s insistence on safety and security at home is also manifested in the Fourth Amendment. But here, that right is not absolute – only the right to be protected against over-broad and “unreasonable” intrusions, as attested to on a sworn application.

Whether individuals have a constitutional right to carry guns outside their home varies by state, as do requirements for licensing. This summer, the Supreme Court is poised to decide this issue, ruling on New York’s challenged hundred-year-old “proper cause law.” [4]

NY’s law provides that people applying for a license to carry a concealed weapon outside the home must show that they have a “proper cause,” i.e., a concrete need for self-defense or will be using it for target practice or to go hunting [5]. About a half dozen states have similar laws.

Most Supreme Court observers expect the New York law will be stricken – even in the wake of the recent events.

One legal view articulated by some public health professors disputes the constitutional panacea afforded by the second amendment:

“Firearms cannot be intrinsic to liberty because they have a unique potential to cause serious injury and death, posing a distinctive threat to social order. Unlike other liberties, carrying firearms directly puts the gun owner, family, and community at risk.”

Even Justice Scalia, in his 2008 decision expanding gun rights, noted that “gun ownership rights are not unlimited and do not translate to “a right to keep and carry any weapon whatsoever in any manner whatsoever and for whatever purpose.”  Justice Alito considers gun ownership a fundamental liberty, but at least in 2008, he agreed there are limits – reiterating the list of allowable interventions: e.g., prohibiting felons and the mentally ill from gun ownership, forbidding firearms in sensitive places such as schools and government buildings, and imposing conditions on commercial arms sales.

Members of the medical, public health, and health law communities, overwhelmingly champion increased efforts at gun safety, such as  “common-sense laws that protect everyone” and restrictions on easy gun access. These groups include the American Academy of Pediatrics, the American Medical Association, the American Public Health Association, the American College of Physicians, and smaller doctor-directed advocacy groups such as @ThisIsOurLane (so-named in push-back to an NRA offensive) and individual emergency room physicians.   Their collective experience and the data they provide are compelling and provocative.

Perhaps of special interest is the well-considered program put forward by the American College of Surgeons, including a call to action to end gun violence with specific recommendations. Notably, it also recognizes the validity of the second amendment.

As I’ve discussed many times, the overarching power to protect public health resides with the states under its police power. Couching gun ownership as a public health issue or crisis allows states to be the final arbiter of gun safety laws. To be sure, the Supreme Court has recently ruled that public health cannot trespass on basic constitutional rights, [7] and the state’s power may now be in jeopardy, leaving a vacuum.  This fuels the increasingly insistent cry for national consistency in gun laws, which would vest the solution in the hands of Congress.

The frustration and anger generated by the recent bloodbaths is sparking the call for instant solutions – triggering, what else? The handy-dandy lawsuit. Generally, gun manufacturers are immune from lawsuits, protected under the 2005 Protection of Lawful Commerce in Arms Act (PLCAA), but there are exceptions. Some jurisdictions allow nuisance suits, akin to those brought against the opioid manufacturers; some don’t. (I have written about the case against Purdue, subsequently tossed by California and Oklahoma courts.

Maryland is also regulating ghost manufacturers, making unregistered and untraceable gun components to be assembled in the privacy of the gun owners’ homes. joined Los Angeles and Washington DC in suing Polymer80, Inc., the largest manufacturer of ghost-gun components

California senators just approved a bill allowing private citizens to sue manufacturers, distributors, and anyone along the production line who introduces or sells assault weapons and untraceable ghost guns. Modeled after SB-8, the Texas anti-abortion law, it should withstand Supreme Court scrutiny.

As to how much a “preventive effect” these suits will have –who knows? But it’s crucial to remember that lawsuits happen only after an incident, when often, the perpetrator of these crimes is dead.

Perhaps the most pin-holed solution was proposed by Senator Ted Cruz, who obviously has not read my piece on the Triangle Shirtwaist Fire. Cruz insists no new gun laws are needed; instead, he proposes that “all school house doors be locked but one, which will have an armed guard.”

Obviously, Cruz hasn’t read about fire safety. Hyper-focused on a single issue, Cruz loses sight of other safety concerns – such as ample means of building egress in case of fire – and easy availability of ingress by firefighters and emergency personnel. (Cruz’s suggestion also may violate local building codes). Even if he misspoke and only called for locked doors from the inside – that plan existed in Uvalde, but an open door, closed by a teacher, did not lock.

Foreseeability is the cornerstone of negligence. As it is clearly foreseeable that locked door regulations will be breached, reliance on this modality is sheer negligence. Luckily for Senator Cruz, senators can’t be sued so easily.

Reliance on the status quo of gun rights won’t solve matters either – other than to preserve a possibly archaic and ossified past. To really solve the issue, we need to investigate why this sudden upsurge in gun violence is happening. It is not because there are suddenly more guns that a ban will reverse the condition. We may not have enough hard scientific data – but we do have some. (To be continued) ….

[1] As of September 2021, Texas is one of 21 states allowing permitless guns, including concealed weapons, which don’t require a background check.

[5] Why one would require a concealed weapon to go hunting or for target practice is unclear.