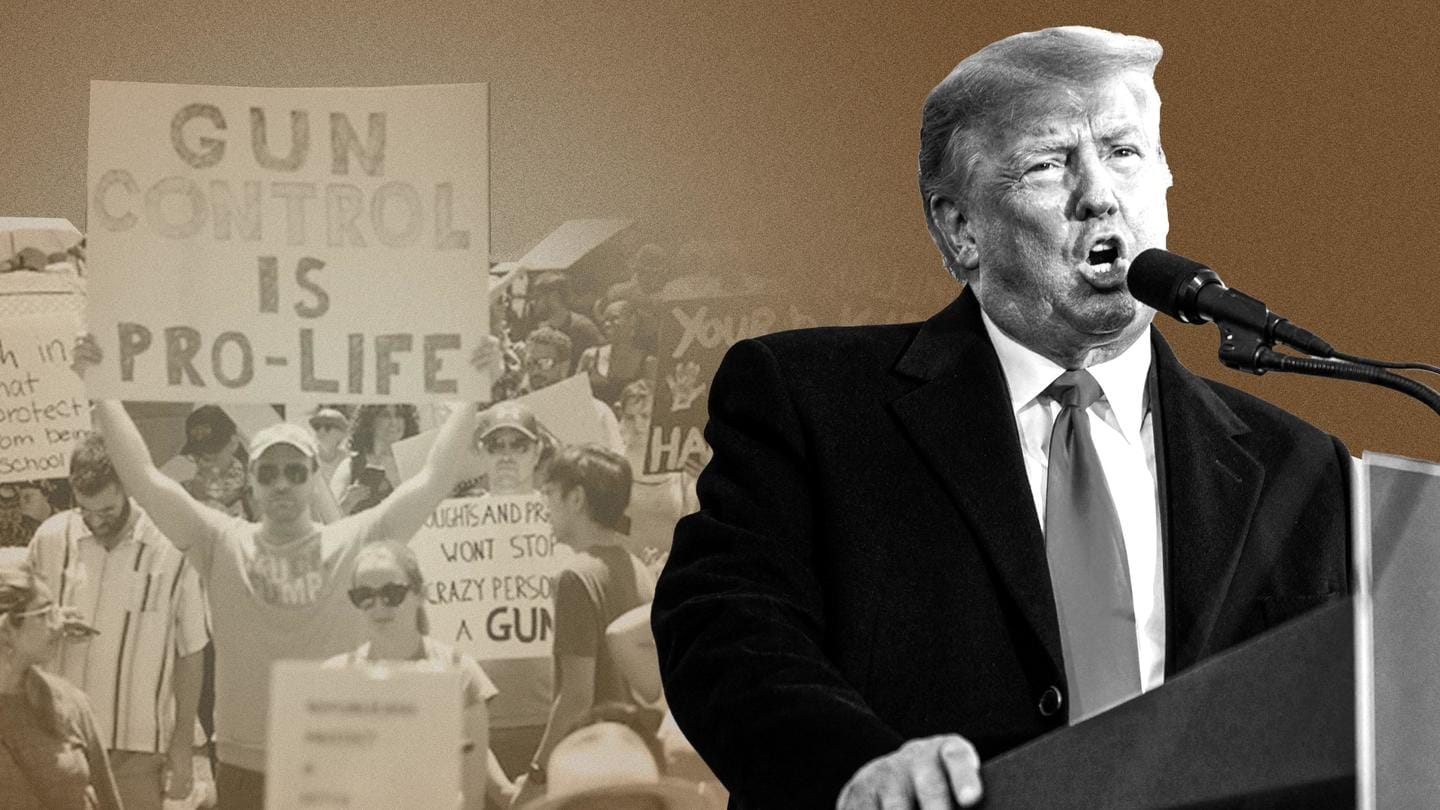 Trump said that decent Americans should be allowed firearms, which they need to defend themselves against “evil.”

“The existence of evil is one of the very best reasons to arm law-abiding citizens,” Trump said.

Trump reportedly read out the names of all 19 children and described them as victims of an out-of-control lunatic.

However, he said that the efforts at gun control were grotesque.

“The various gun control policies being pushed by the left would have done nothing to prevent the horror that took place. Absolutely nothing,” Trump added.

Meanwhile, Trump urged both the Republicans and Democrats to unite in “every state, and at every level of government to finally harden schools’ security and protect children.”

“What we need now is a top-to-bottom security overhaul at schools across this country,” he added.

Notably, many speakers, including Texas Governor Greg Abbott, pulled out of the event after the shooting incident.

According to White House officials, US President Joe Biden will visit Uvalde on Sunday with first lady Jill Biden to “grieve with the community.” Biden has also criticized the US gun lobby in the wake of the shooting.

The National Rifle Association, or the NRA, is considered to be the most powerful gun rights organization in the US.

It has rejected most initiatives to prevent mass shootings, including expanded background checks on gun purchases.

However, its influence has waned as it has become entangled in legal battles linked to a corruption scandal.

Notably, the US has witnessed 214 mass shootings this year.