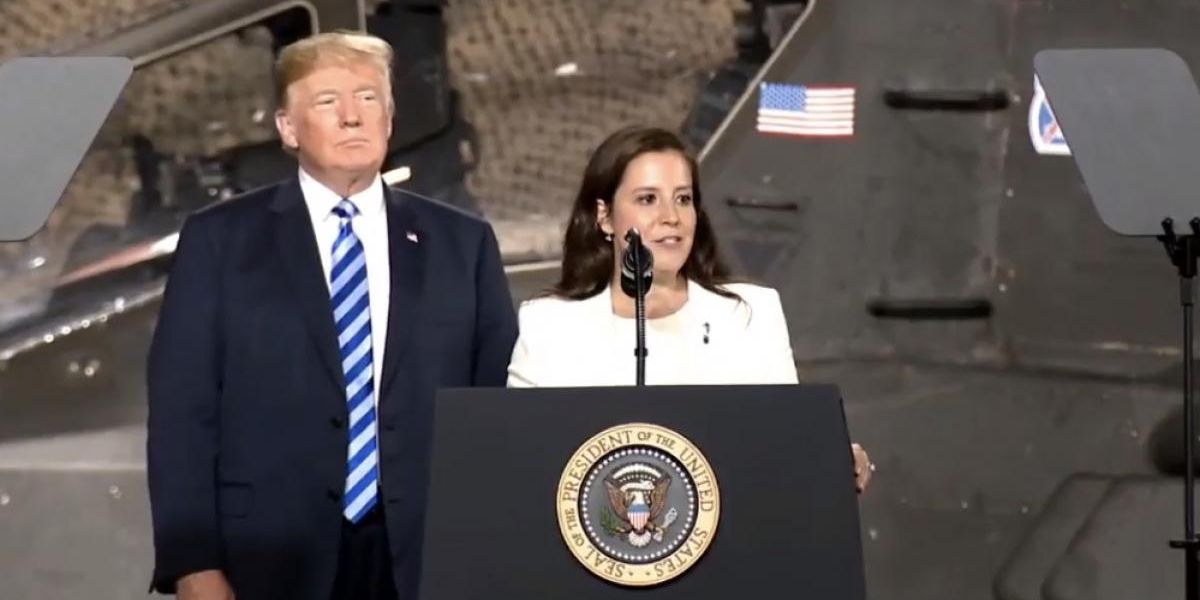 Rep. Elise Stefanik of New York State, now the third highest-ranking Republican in the U.S. House of Representatives, has an A+ rating with the National Rifle Association (NRA). Stefanik has not been shy about echoing NRA talking points, and the GOP congresswoman is not the only gun industry ally in her family.

Stefanik’s husband Matthew Manda, according to Albany Times Union reporter Wendy Liberatore, is public affairs manager for the Newtown, Connecticut-based National Shooting Sports Foundation (NSSF) — and he was one of the plaintiffs in a federal lawsuit that is trying to block a New York State law that increases potential liability for gun manufacturers.

Manda, Liberatore notes, “frequently writes for the NSSF website and other outlets about the group’s events and policy stances.”

In April, the NSSF hosted a “Congressional Fly-In” event in Washington, D.C. that, Manda wrote, included “dozens of firearm, ammunition and accessories industry leaders who spoke face-to-face with elected officials.” One of those officials was Stefanik.

DeGrasse, according to Liberatore, wrote, “The Times Union is stooping to another new low and attacking her husband. You should ask both current Democrat challenger candidates what their positions are on Democrats’ gun control proposals.”