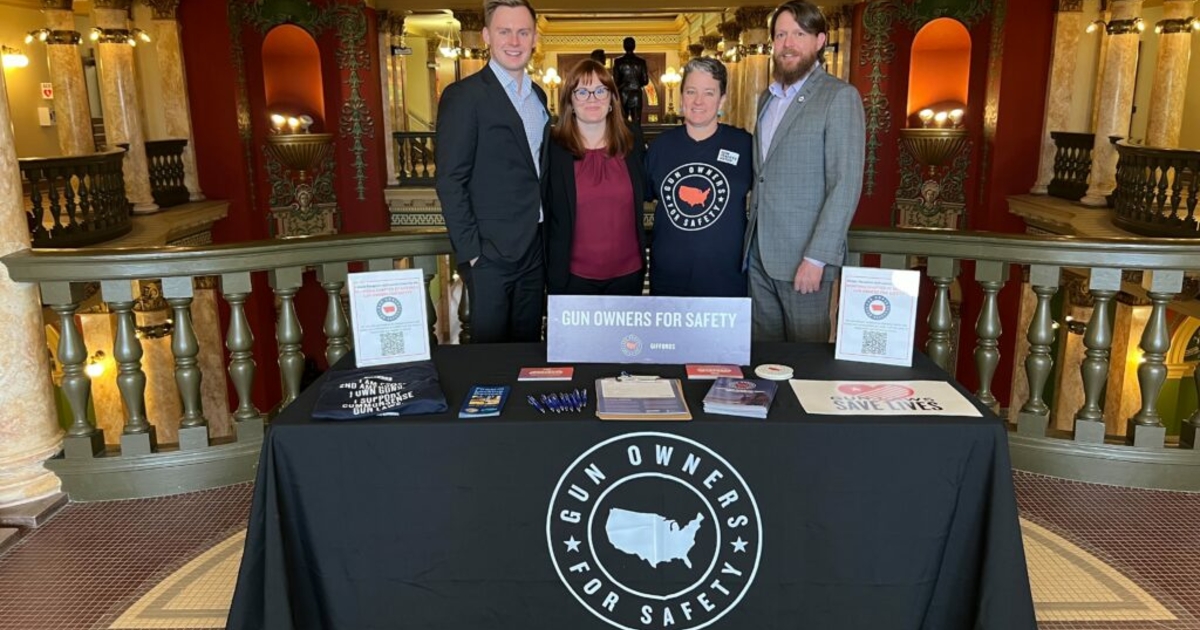 A gun safety advocacy non-profit founded by former Arizona Congresswoman Gabrielle Giffords announced the launch of a new chapter in Montana on Wednesday.

According to a press release, Gun Owners for Safety is a coalition of hunters, sport shooters and collectors, have come together to advocate for common sense gun violence prevention laws and promote safety.

The Montana chapter of Gun Owners for Safety (MT-GOS) is made up of 137 gun owners who are “committed to supporting sound and reasonable regulations that prioritize the safety of the citizens of Montana” consistent with the Second Amendment of the U.S. Constitution.

During the past decade, more than 100,000 gun owners across the country have joined the organization to say that the NRA and gun lobby don’t speak for them, Giffords said in the release.

“These gun owners know that commonsense gun laws go hand in hand with the right afforded by the Second Amendment,” she said.

Giffords was a victim of gun violence after a 2011 shooting at a Tucson grocery store where she was shot in the head. There were 12 other injuries in the incident and six deaths.

“Time and time again, our cities and communities have had to face the devastation caused by gun violence,” she said. “But I have hope. I have hope because of individuals like these who are finding the courage to speak out for change. We look forward to working with this group to enact meaningful change that will make Montana safer.”

Deputy Engagement Director of Gun Owners for Safety, Jason Boren, said in the release that gun ownership comes with responsibility, and the majority of gun owners support measures like universal background checks.

“The Second Amendment is an important right that I and many other Americans value highly. Most Americans also believe that we should be free to go to work, school, and places of worship without worrying about being shot,” he said. “The launch of our latest Gun Owners for Safety chapter in Montana will support gun owners and their dedication to safe and responsible gun ownership while defending their constitutional rights.”