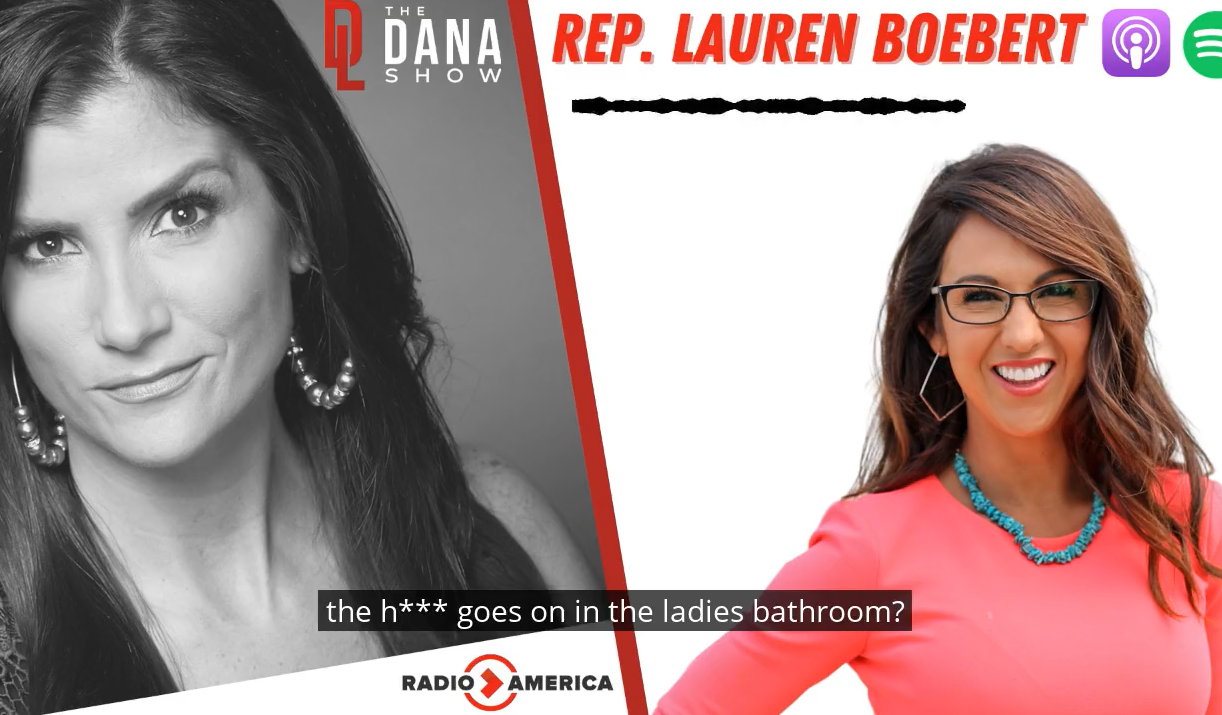 Rep. Lauren Boebert (R-CO) joined Dana Loesch on her radio show The Dana Show this week and dished the dirt on her bathroom throwdown with fellow MAGA hardliner Rep. Marjorie Taylor Greene (R-GA) during the prolonged House speaker election earlier in the month.

“Just going to ask you right out of the gate, what the hell goes on in the ladies’ bathroom?” asked Loesch, who previously served as a spokesperson for the National Rifle Association.

“Okay. So I actually kind of love that that story came out because of how I was quoted. So, yeah, I mean, we’re talking in the congressional ladies’ bathroom. I’m there with Anna Paulina Luna, and, you know, people are upset about what’s going on in the speaker’s race. It had been a couple of days we were not electing Kevin McCarthy,” Boebert replied, adding:

I have seen… it was the most organized I have seen Congress since I’ve been there in two years. We had a debate on the House floor, 434 members of Congress present. We were engaging in conversations. Relationships were being built and strengthened on both sides of the aisle. It was incredible. And so when she started going after me, I looked at her and said, ‘Don’t be ugly.’

“Because you guys were kind of like BFFs there for a while, weren’t you? Or, no, am I just, is that just because, you know, the media just said oh look two women in Congress?” Loesch asked.

“I think the media saw two women in Congress, you know, there was there was nothing against her. We travel in the same circles, have the same policy views on a lot of things, not everything but on many things,” Boebert replied, dispelling any notion she and Greene were friends.

“And, but yeah I looked at her, said, I don’t have time for this. I said, ‘Don’t be ugly.’ And that’s something that my granny used to say to me when I was being a brat,” Boebert added.

“It’s like the most inoffensive thing you could say,” Loesch replied.

“She said, she said, ‘Don’t be ugly.’ Granny. Granny told me that a lot, though,” Boebert replied laughing.

“It’s like sounds like a very, a Coloradoan version of ‘Bless your Heart,’ right? Yeah. It’s not something…” Loesch added.

“Lauren, you’re being ugly, okay? So, yeah, So I left and went back to work, but gosh, what an amazing first week,” Boebert concluded.

Listen to the full clip above.