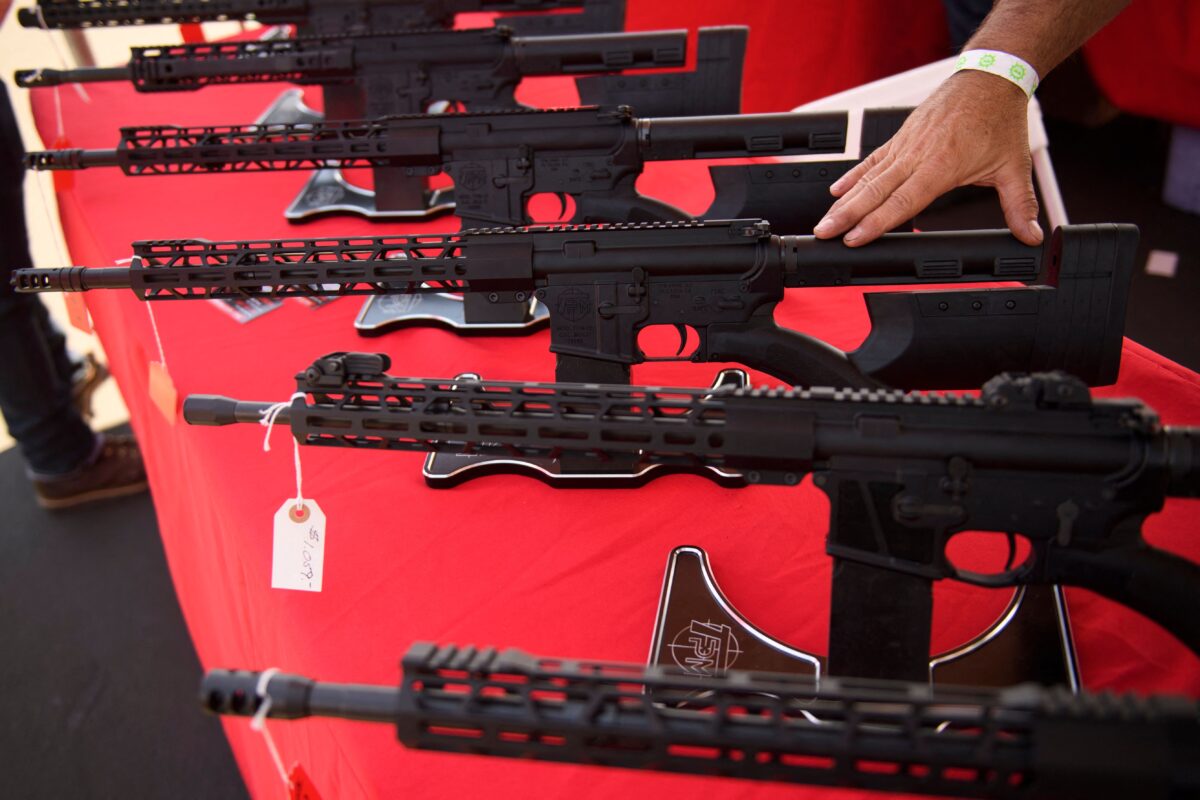 Illinois Gov. J.B. Pritzker on Tuesday announced he signed a ban on “assault weapons” and magazines that hold more than 12 rounds, becoming the latest governor to do so in recent years.

It came after the Democrat-controlled legislature passed a ban on a range of semiautomatic firearms along with those magazines and devices that allow a weapon to fire more quickly. Nine U.S. states as well as the District of Columbia prohibit the possession of what they call assault weapons.

“For a long time now, I and many other leaders in the Illinois General Assembly have prioritized getting the most dangerous weapons off our state’s streets,” Pritzker said in a statement Tuesday after the bill was signed. “Today, honoring the commitment we made, we passed one of the strongest assault weapons bans in the nation, one I will be proud to sign.”

Pritzker, who was reelected in November, invoked a handful of mass shootings, including one last year in Highland Park, Illinois. That shooting, which took place at a Forth of July parade, left seven people dead and dozens injured.

“No Illinoisan should have to go through life fearing their loved one could be next in an ever-growing list of mass shooting victims,” he said. “We will keep fighting to ensure that future generations only hear about massacres like Highland Park, Sandy Hook, and Uvalde in their textbooks.”

A number of AK-style rifles like the AR-10 and AR-15 are considered assault weapons under the rules. Also banned are .50-caliber guns.

“No Illinoisan, no matter their zip code, should have to go through life fearing their loved one could be the next in an ever-growing list of victims of mass shootings,” the Democrat governor said. “However, for too long people have lived in fear of being gunned down in schools, while worshipping, at celebrations or in their own front yards. This legislation will stop the spread of assault weapons, high-capacity magazines, and switches and make our state a safer place for all.”

The law has drawn considerable criticism from state Republicans, and some said they would openly defy it.

“We will not comply, and you’re not going to do a darn thing about it, because the law, the Constitution, and the founding principles are on our side,” said Illinois state Republican Rep. Blaine Wilhour to a local CBS affiliate. “The only thing in this bill is it’s placing a burden on law abiding citizens,” said Republican state Rep. Dan Caulkins.

Illinois state Sen. Darren Bailey, a Republican who lost the governor’s race to Pritzer, wrote on Twitter: “I’ll die on my front porch before anyone takes my guns away. My message to Springfield: If you want my guns, come get them.”

The National Rifle Association (NRA) and Gun Owners of America say the law places a ban on many commonly owned rifles.

Ahead of Pritzker’s signing of the bill, NRA said that “many semi-automatic firearms that law-abiding citizens commonly own” for hunting and self-defense are now banned. “Not only does this tyrannical proposition infringe on the rights of all Illinois citizens, but it is also extremely dangerous,” Gun Owners of America said in a statement, calling for legal challenges against the law.

The United States had a federal “assault weapons” ban that lasted from 1994 to 2004, which prohibited the sale and manufacture of certain semiautomatic weapons and higher-capacity magazines. The Department of Justice previously issued a study, which has been often cited by the NRA and other groups, finding that the 1994 federal ban did not lead significant drop in shootings and murders.

“We cannot clearly credit the ban with any of the nation’s recent drop in gun violence,” the Justice Department said in its 2004 report (pdf). “Should it be renewed, the ban’s effects on gun violence are likely to be small at best and perhaps too small for reliable measurement.”

Jack Phillips is a senior reporter for The Epoch Times based in New York. He covers breaking news.