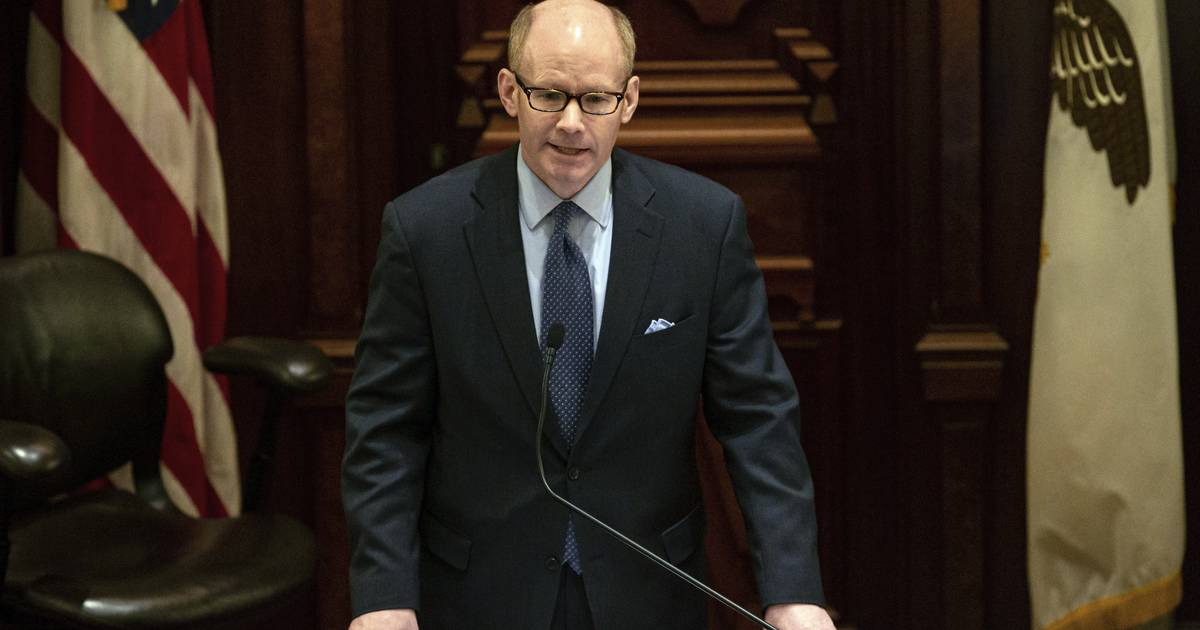 SPRINGFIELD, Ill. — The Illinois House gave final passage Tuesday to a bill banning the purchase, sale and manufacture of high powered semi-automatic weapons, .50 caliber rifles and ammunition, and large-capacity magazines in the state while still allowing people who already own such weapons to keep them.

The House had passed a similar bill early Friday morning and sent it to the Senate, where it appeared over the weekend to run into roadblocks. But negotiations continued behind the scenes throughout the weekend and into Monday when a final deal came together just as Pritzker, who campaigned on a pledge to pursue an assault weapons ban, was being inaugurated into his second term in office.

As recently as Sunday, the House and Senate seemed to be far apart, both on the proposed weapons ban and a bill that would expand access to reproductive health services, two of the biggest items being considered in the lame duck session that was ending Tuesday.

“I will fight for the needs of Illinoisans and I will not accept a watered-down version of legislation that falls unacceptably short of the comprehensive solutions that the people of this state deserve,” House Speaker Emanuel “Chris” Welch, D-Hillside, said in a statement released Sunday afternoon.

But by Monday night, Welch, Pritzker and Senate President Don Harmon, D-Oak Park, announced that they were all in agreement on a final proposal.

One of the key sticking points concerned a requirement that people who currently own such weapons register them with the Illinois State Police. Those individuals will be required to disclose the make, model and serial number of the specified weapons to obtain a special endorsement on their Firearm Owners Identification, or FOID card. The House had included that in the bill it passed shortly after midnight Friday morning, but an early draft of a Senate plan reportedly proposed dropping it.

The final version of the bill, contained in a package of amendments to House Bill 5471, includes the requirement but extends the deadline for compliance to Jan. 1, 2024, instead of 180 days after the governor signs the bill into law, as the House had proposed.

The Senate language was unveiled during a committee hearing Monday morning, only a few hours before inauguration ceremonies for the governor and other constitutional officers were about to begin blocks away in a downtown Springfield convention center.

Other changes included a more up-to-date list of weapons that would fall within the banned category along with authority for the Illinois State Police to modify the list through administrative rules to capture new and copycat models as they come onto the market.

The Senate bill also clarified that any device that makes a semi-automatic weapon fire more rapidly – whether it converts the weapon into a fully automatic one or merely increases the rate of fire – will be illegal. And it defines large-capacity magazines as those capable of holding more than 10 rounds for a long gun or 15 rounds for a handgun.

The Senate version also does not change the age limit to obtain a Firearm Owners Identification card, meaning people between the ages of 18 and 21 will still be able to obtain one with the consent of a parent or guardian. The House had proposed eliminating that exception.

“It really is the House structure,” Harmon said of the bill after a Monday committee hearing. “We have been careful to be precise, that we are articulating the list of guns where an endorsement would require the make, model and serial number so that owners know exactly what they need to do.”

In an effort to ease concerns from hunters and sportsmen, the bill also contains a provision authorizing the Department of Natural Resources to adopt administrative rules exempting weapons used only for hunting that are expressly permitted under the Illinois Wildlife Code.

That, however, was not enough to quell the opposition of gun rights advocates who argued that the weapons to be banned are “commonly used” weapons in American society and thus, under standards of recent U.S. Supreme Court rulings, will likely be deemed unconstitutional.

“I think folks at home need to know, and folks here in the chamber, that many of the commonly used semi-automatic shotguns will still have to be registered as assault weapons,” state Sen. Terri Bryant, R-Murphysboro, said during debate on the floor of the Senate. “So even though some may come off, we’re still going to have many commonly used shotguns that will be listed as assault weapons.”

Democrats pushed the bill through the Senate, 34-20, sending it to the House, where it passed, 68-41, on Tuesday afternoon with only one Republican vote: outgoing House Minority Leader Jim Durkin, R-Western Springs.

Aside from Durkin, however, GOP members echoed Bryant’s sentiments.

“I can tell you that we will not comply, and you’re not going to do a darn thing about it,” state Rep. Blaine Wilhour, R-Beecher City, said during House floor debate. “Because the law, the Constitution and the founding principals are on our side.”

During the debate, Welch, with his mother seated next to him, spoke of how his aunt was shot and killed in her car while leaving church in the mid-1980s, and how his mother ended up adopting her sister’s three daughters.

“For the past four years, my administration and my colleagues in the State Capitol have been battling the powerful forces of the NRA to enshrine the strongest and most effective gun violence legislation that we possibly can,” said Gov. JB Pritzker. “I couldn’t be prouder to say that we got it done. And we will keep fighting — bill by bill, vote by vote, and protest by protest — to ensure that future generations only hear about massacres like Highland Park, Sandy Hook, and Uvalde in their textbooks.”

Pritzker praised the legislation in a news release Tuesday night.

“For the past four years, my administration and my colleagues in the State Capitol have been battling the powerful forces of the NRA to enshrine the strongest and most effective gun violence legislation that we possibly can,” Pritzker said. “I couldn’t be prouder to say that we got it done. And we will keep fighting — bill by bill, vote by vote, and protest by protest — to ensure that future generations only hear about massacres like Highland Park, Sandy Hook, and Uvalde in their textbooks.”

Capitol News Illinois is a nonprofit, nonpartisan news service covering state government. It is distributed to more than 400 newspapers statewide, as well as hundreds of radio and TV stations. It is funded primarily by the Illinois Press Foundation and the Robert R. McCormick Foundation.