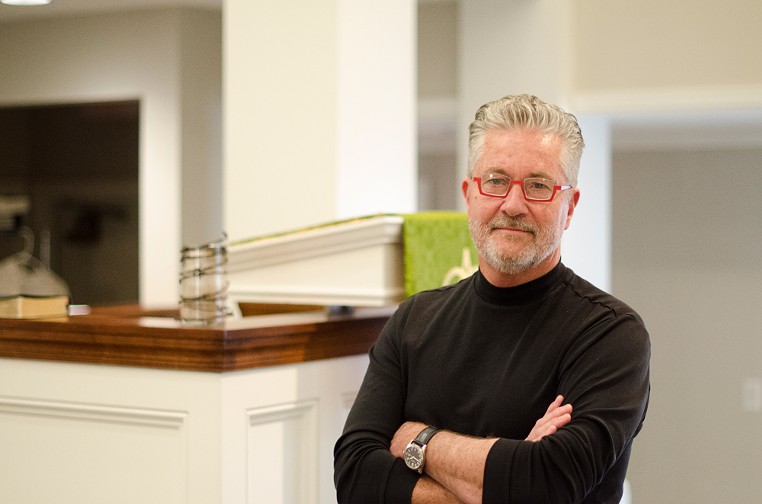 In 1992, James Carville, a political strategist, coined the phrase, “It’s the economy, stupid.” Three decades later, we need a new slogan: “It’s the guns, stupid.” Not mental illness, which certainly deserves more attention and funding. Not our failures to recognize and help alienated, “invisible” young men before they snap. Not the tired argument that if guns were outlawed only outlaws would have guns. Not the absurd analogy between automobiles which can kill people and guns which can kill people — because hey, we don’t outlaw cars.

Pick your favorite reason given by cowardly politicians after the latest mass shooting, and none of them are as important as the fact that we have come to value guns and gun culture in America more than human life. We love to talk about how exceptional we are, about how we are Number One. But the painful truth is that our epidemic of gun violence, now the leading cause of death for our children, does not happen at this level in any other country. We are drowning in a sea of guns, and the trigger is the grim reaper. Rather than adopt sensible gun control measures like almost every other developed nation on earth, we have come to accept the unacceptable, and then after every shooting we go out and buy more guns.

There were recently seven mass shootings in seven days in this country (over 600 so far this year). Is that acceptable? People seem incapable of grasping the simple logic of Sarah Brady, whose husband was wounded in the assassination attempt on Ronald Reagan. She said, “If more guns would make America safer,” (which is the central premise of the NRA), “Then wouldn’t America already be the safest nation on Earth?”

We have now entered a time of deadly denial, of intractable insanity. As the number of guns in private hands has grown larger than the population itself, and gun deaths have risen in lockstep, we seem incapable of putting the blame where it belongs — on a product uniquely designed by humans to kill other humans in a land where violence is as American as apple pie. We are a gun-infatuated culture. We revere guns. They are precious to us. We fondle them. We show them off. We collect them and then don’t lock them up. Then we let the world know that if anyone comes to get our guns they will have to pry them from our cold dead fingers. But it’s the victims of gun violence (45,222 in 2020 alone), whose fingers are cold and dead.

So, we are indeed Number One when it comes to idolizing the most dangerous product sold in America. We do indeed covet the deadliest consumer device known to humankind, and every time we shoot and kill more of our neighbors, family members, children in school—or ourselves by suicide—we continue the march toward the oblivion of a society in which every citizen is equipped to be judge, jury, and executioner. Where road rage can end in murder. Where domestic arguments are solved with bullets. Where a sweet kid is doing her homework one minute and then becomes unrecognizable the next. Where military assault weapons, and the bullets that explode inside victims and shred them, are advertised to young men as accessories to real manhood—this after many of them have grown up playing point-of-view shooter games that can anesthetize some players to the reality of human suffering.

Everyone says that if the slaughter of children and teachers at Sandy Hook Elementary did not result in more gun control, then nothing ever would. After Uvalde, Texas, some politicians feared just enough for their reelection chances to pass a few modest measures, but states immediately sought to overturn them. In Oklahoma, it is easier to get an AR-15 than a Coors Light, and now a bill would make it legal for 18-year-olds to conceal carry. Think about it — someone whose brain is not fully formed — carrying a loaded, lethal weapon in his pocket.

Yet every time there is another shooting we hear the same tired refrain: Guns don’t kill people, people kill people. But the truth is, people with guns kill people. Lots of people. Police officers are now outgunned, and their fear of being shot has caused some of them to shoot first and ask questions later. Meanwhile, we try to pretend that if we just worked harder at it, we could divinely intuit the identity of the next mass shooter. As if, somehow, with more resources, we could diagnose the inner turmoil of every individual before he acted out or identify which employee might get a pink slip and then grab a gun.

But we will never have such complete knowledge. So, when the NRA says that the only thing that can stop a bad guy with a gun is a good guy with a gun, what does this mean? It assumes that we know who the good guys are and who the bad guys are to begin with. Since we don’t, and never will, then why don’t we do what every other civilized country has done to lower its gun violence: make it harder to get a gun in the first place, and impossible to own a military-style assault weapon — for which there is no conceivable civilian purpose, period.

If any other product in America was killing this many other Americans, Congress would hold an emergency session and people would demand an assault weapon’s ban and background checks for everyone who wanted to own a gun. Instead of pretending that we can somehow prevent the next act of gun violence, why don’t we deprive more people who might turn violence of the means by which they are killing us? We carefully regulate all kinds of things that can harm us or others. Why not guns?

Perhaps instead of worshipping guns, we should begin to think of them as truly demonic, and our infatuation with them as idolatry. That would get the preacher fired.

The Rev. Dr. Robin Meyers is pastor of First Congregational Church UCC in Norman and retired senior minister of Mayflower Congregational UCC in Oklahoma City. He is currently Professor of Public Speaking, and Distinguished Professor of Social Justice Emeritus in the Philosophy Department at Oklahoma City University, and the author of eight books on religion and American culture, the most recent of which is, Saving God from Religion: A Minister’s Search for Faith in a Skeptical Age.

How do you win voters over on gun control? Meet them where they are — in front of the TV
Triple 7 Gear MK-7 Survival Kit
Official who refused to cooperate with illegal AZ hand-count describes threatening environment in resignation letter
YouTube Censorship: Losing The Battle For 1A & 2A
Reports Detail Cockfighting Flourishing in Alabama Even as Bird Flu Threatens the State’s Commercial Poultry Operations