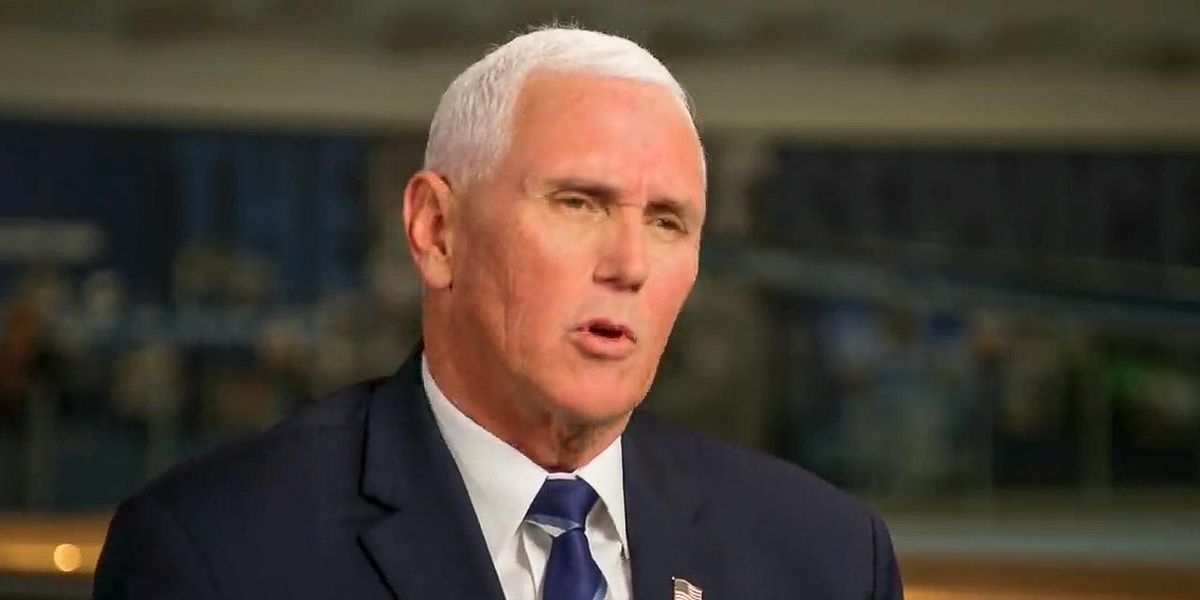 During an interview on Meet the Press, Pence was asked if Trump had criminal liability for inciting the attack.

“Do you think that [Trump] committed a criminal act in fomenting the insurrection?” host Chuck Todd asked. “Do you think a crime was committed?”

“Well, I don’t know if it is criminal to listen to bad advice from lawyers,” Pence answered. “Truth is, what the president was repeating was what he was hearing from that gaggle of attorneys around. And you know, presidents, just like all of us that have served in public life, you have to rely on your team.”

“I hope we can move beyond this,” he continued. “This is really a time when our country ought to be healing.”

Pence went on to attack the Department of Justice for “advancing political agendas.”

“And then this summer when we see the Justice Department execute a search warrant against the personal residence of a former president,” he complained. “I think the American people join me in hoping we can move past this contention.”Watch the video below from NBC. You can also watch at this link.

Watch the video below from NBC. You can also watch at this link.