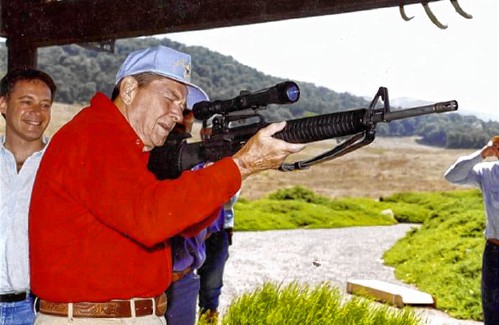 Monadnock Ledger-Transcript – BUSINESS QUARTERLY: Feldman reflects on the role of a lobbyist and how politics have changed

Richard Feldman of Rindge was interested in politics long before he became a lobbyist for the National Rifle Association.

In college, he worked for Pete McCloskey, a Republican who ran an anti-war campaign against Richard Nixon in the 1972 presidential primary. Later, he worked at the Republican Club of Massachusets, was an aide to former Secretary of Defense Elliot Richardson, and worked for then-Massachuetts state Rep. Andrew Card, who later became President George W. Bush’s chief of staff and president of Franklin Pierce College.

After finishing law school, Feldman worked for the Department of Commerce in President Ronald Reagan’s administration. He ran the Firearm Industry’s Trade Association in 1992.

So when he started working for the NRA, he understood the importance of compromise.

“That’s what we used to do in politics. We used to be a country that set sights on a goal and got there,” he said. Now he feels as though politicians “organize around a fight.”

During his career, Feldman worked with both Democrats and Republicans, which was central to his approach as a NRA lobbyist.

“When I started out, it was a bipartisan issue,” he said.

Feldman said he is disappointed to see guns become so politically divided. Feldman believes that most people can agree that it’s important to keep guns out of the hands of the young, mentally ill and violent criminals, but that agreement is rarely acknowledged.

“I’m not as enamored of politics now because it’s all about power,” he said. “I don’t think [legislators] care about the issue. They only care about the politics on that issue.”

As a lobbyist, Feldman didn’t spend too much time trying to change the mind of members of Congress. A much more-effective use of his time, he realized, was to attempt to sway their staff.

“They’re the most-important people on Capitol Hill,” he said, “Ignore them at your peril.”

Feldman explained that “good lobbying is all about taking a situation and saying, ‘What else can we do? How can we do a better job?’ If you’re not winning, why do the same thing?”

A lobbyist needs to be a good salesperson, and sometimes it requires getting creative. In the early 1990s, Feldman would choose a day each spring to take 60 to 70 legislative aides out to a shooting range.

“It was the best lobbying I ever did,” he said.

And Feldman didn’t focus on only bringing supporters.

“I was much more interested in taking those from people who opposed,” he said. He hoped it would be an educational experience, and he knew if he could shift their stance even a little bit, they had the ear of the politicians.

Feldman knew it was important to “always pay attention to people not in power. One day they will be.”

And he didn’t expect to turn someone around on an issue right away.

“Lobbying is all about incrementalism – moving people from nine to eight, seven to six, those on the fence to slightly in favor,” he said.

This meant connecting to people on a personal level and building relationships. Feldman remembered writing letters and sending out cards on holidays and birthdays.

“Money has a role in politics and it’s useful, but at the end of the day money doesn’t vote. People vote,” he said.

During his career, Feldman gifted Reagan an AR-15 and also worked with President Bill Clinton on a child safety lock bill.

Feldman believes it is a “disservice that guns are so politically split.” He thinks Democrats would be more successful in the upcoming midterm elections if they loosened their stance, and he said the NRA is so associated with Republican politics that it has stuck itself in a corner.

“No matter what the issue is, as a lobbyist if you’re not working both sides of the aisle, you’re doing it wrong,” Feldman said.

According to Feldman, “One of the different and good fortunes I had was gun people always looked at media as the enemy,” but he didn’t.

“Your job is to tell an interesting and good story and tell it accurately,” he said of the media. “My job was not to tell you the thing I didn’t want to see in print.”

Feldman no longer lobbies for the NRA, and is currently the president of the Independent Firearm Owners Association. Looking back at his lobbying career, he has seen the effect of the internet on politics — he believes it has taken away a lot of the “give and take” – and noticed themes repeating themselves.

“Lately, I’ve been saying a great deal that we in America are very good at learning lessons of history and very quickly forgetting them,” he said.  “Perception in politics is more important than reality, because perception is reality.” 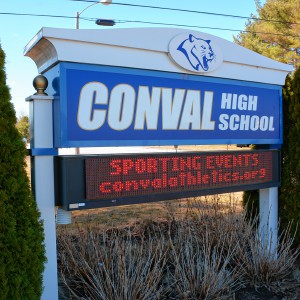 The ConVal School Board and administration will hold the district’s fourth ConVal Community Forum Thursday, Nov. 10, from 6:30 to 8:30 p.m. in the…

The Knights of Columbus Council 8544 at St. Patrick Church in Jaffrey will be holding their October drive-through meal Sunday, Oct. 30, from 10 a.m…