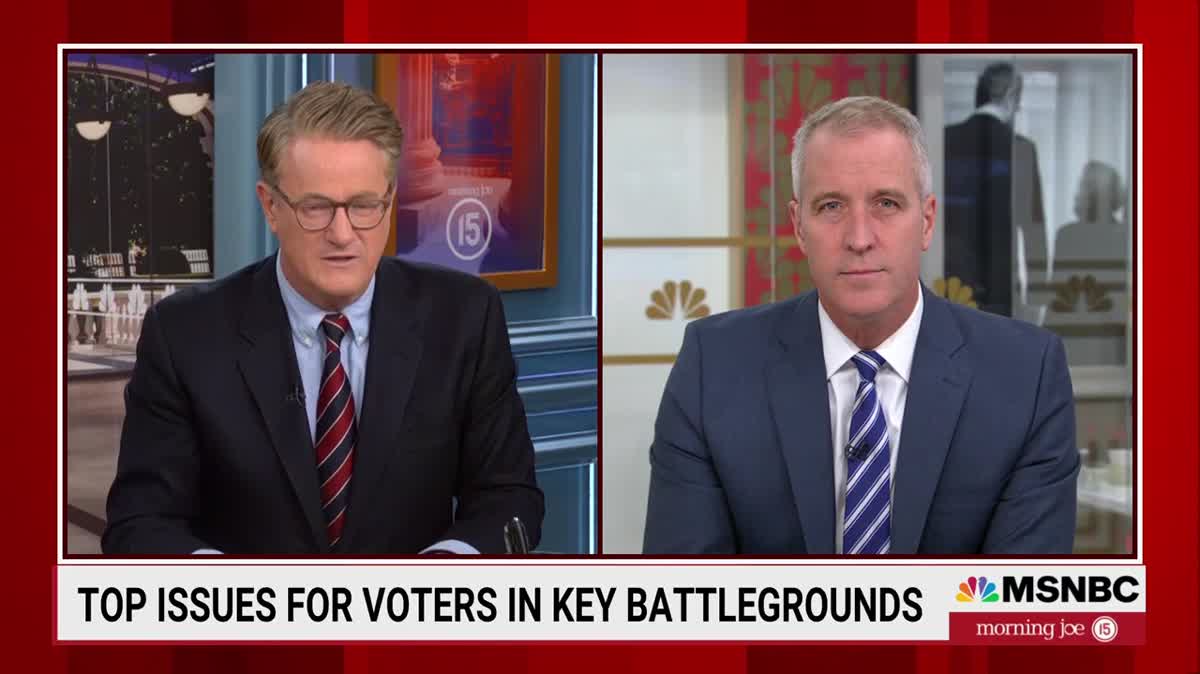 After an extensive conversation about the GOP ads hitting Democrats for crime, Joe Scarborough brought up the thing I keep screaming at my teevee in a conversation with Rep. Sean Patrick Maloney:

“I’m just wondering about a disconnect,” he said.

“Why, when we talk about crime, is there so much of a disconnect for voters when — when the violent crime that’s being committed, so much of it has to do with guns. Yet you had Marco (Rubio) the other night, his answer was ‘Oh, nothing will help. We can’t do anything. Whatever laws we pass won’t be able to stop this.’

“Forget the fact that, like, he’s against stopping 18-year-old crackpots from going in on their birthday, getting guns and then having more firepower than an entire police force. Forget that fact. Why is there this disconnect between voters when there’s a real connection between guns on the street and most Republicans’ absolute refusal to do anything that would keep guns out of the hands of bad guys?”

“That’s exactly right. I think we have to put gun violence at the center of this debate. We have a plan to reduce the gun violence that the other side is in the pocket of the NRA. That’s right. If we’re going to talk about crime, maybe we ought to talk about the crimes committed by their former president down at Mar-a-Lago and elsewhere,” the DCCC leader said.

“When they use crime, they use it as a pretext to talk about race. In my own district, the NAACP and community leaders are up in arms this morning because the big outside dark money groups are sending around flyers that are only African Americans pictured committing crimes. So we know what they’re doing. This isn’t just a debate about crime. This is an avenue into an ugly conversation where they’re trying to use race to divide Americans.”

Same as it ever was. Sitting here wondering why Dems aren’t hitting back, but had an epiphany as I watched the new Oz ad. He’s sitting there, talking about how much he cares about people (“Because I’m a doctor! I care!”) and how extreme the other side is so extreme and only cares about extreme issues.

And then I saw a new Fetterman ad, which showed John Fetterman with his family, talking about how much he cares about YOUR family. That’s when it hit me: The internal polls must be showing that the race will be won with independents. You know, those touchy-feely “why can’t we all work together?” independents.

I hope it works.