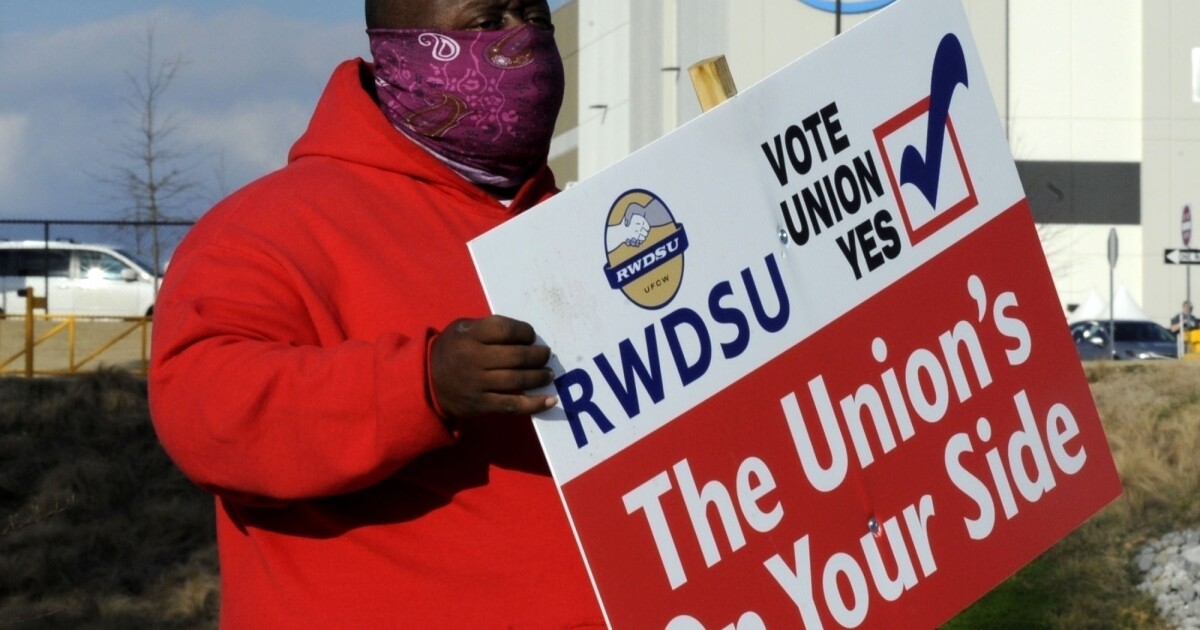 Imagine a special-interest group — the
National Rifle Association
, for example — arguing that its service is so universally beneficial that a percentage of every government employee’s paycheck must be garnished to pay for it, with or without consent.

Even the most ardent gun rights supporter would scoff at such a scheme because it clearly violates the First Amendment guarantee of
free speech
on which this nation was founded. But suppose the NRA had enough political clout to pass laws making this money grab legal anyway?

In a very real sense, those are the rules by which the unions representing millions of America’s public employees were allowed to operate for generations. Unless they resided in a state with strong right-to-work protections, government workers had no choice but to join a union — or waive membership but still pay a monthly maintenance fee in lieu of dues — if they wanted to keep their jobs.

On paper, that all ended in 2018, when the
U.S. Supreme Court
issued a landmark ruling in Janus v. AFSCME affirming that mandatory union membership, dues, and fees for government employees are unconstitutional.

But two rulings this past month from the 9th Circuit Court of Appeals show labor leaders are still playing the game by the old rules — and getting away with it, even when their actions are criminal.

This September, the 9th Circuit decided two cases brought by the Freedom Foundation alleging government unions forged public employees’ signatures on membership agreements to continue deducting dues from their pay. Walking a legal tightrope, the three-judge panel managed to acknowledge the membership cards in question were forged while simultaneously concluding a union can’t be held responsible for dues illegally taken from a public employee’s paycheck because a union isn’t a government agency; rather, it is merely a private organization.

And conversely, the state is also blameless, the court concluded, because the state is free to delegate to the union all responsibility for deciding who does and doesn’t pay dues. In other words, the 9th Circuit claimed the state has no duty to protect its employees’ First Amendment rights.

Got all that? The union forged a worker’s name on a membership form, and the state blindly accepted it as genuine. But neither is at fault, and the worker is simply out of luck, according to the 9th Circuit.

Yet, in spite of — or perhaps because of — such sleight of hand, an increasing number of public employees these days are defying the odds and exercising the rights affirmed in Janus to opt out of their union with no consequences. And the defections have cut deeply into the unions’ already anemic membership rates. To cite just one glaring example, SEIU 503, the largest government union in the state of Oregon (and also the defendant in the lawsuits described above), has lost more than 40% of its dues-paying members since 2018, costing it millions of dollars every year in lost revenue.

Faced with the existential threat posed by Janus, the appropriate response by unions should have been simply to clean up their act, lower their dues, and provide a service for which their members might actually want to pay. Instead, they doubled down on the sort of deceit and strong-arm tactics for which they’re famous.

Tragically, the rulings by the 9th Circuit only reinforce the unions’ contempt for the law. Following the court’s line of reasoning, there is no constitutional duty for the union or the state to obtain consent from the employee. As long as the union claims to have obtained the employee’s permission, the state may rely on a union’s lies to deduct union dues and is required to do nothing to protect the First Amendment rights of public workers, according to this ruling.

It’s no wonder the 9th Circuit is the most overturned court in the country.

Jason Dudash is the Oregon state director of the Freedom Foundation.

10-Round Magazine Is More Than Enough
MSNBC Bewails Lack of Weapons Ban: “What’s It Going to Take?”
How to Build a Stealth Fire and Jet Boil at the Same Time!
Why Mass Shootings Won’t Get Tough Gun Control
First Look: Bond Arms Stinger RS And Rawhide In .22 LR