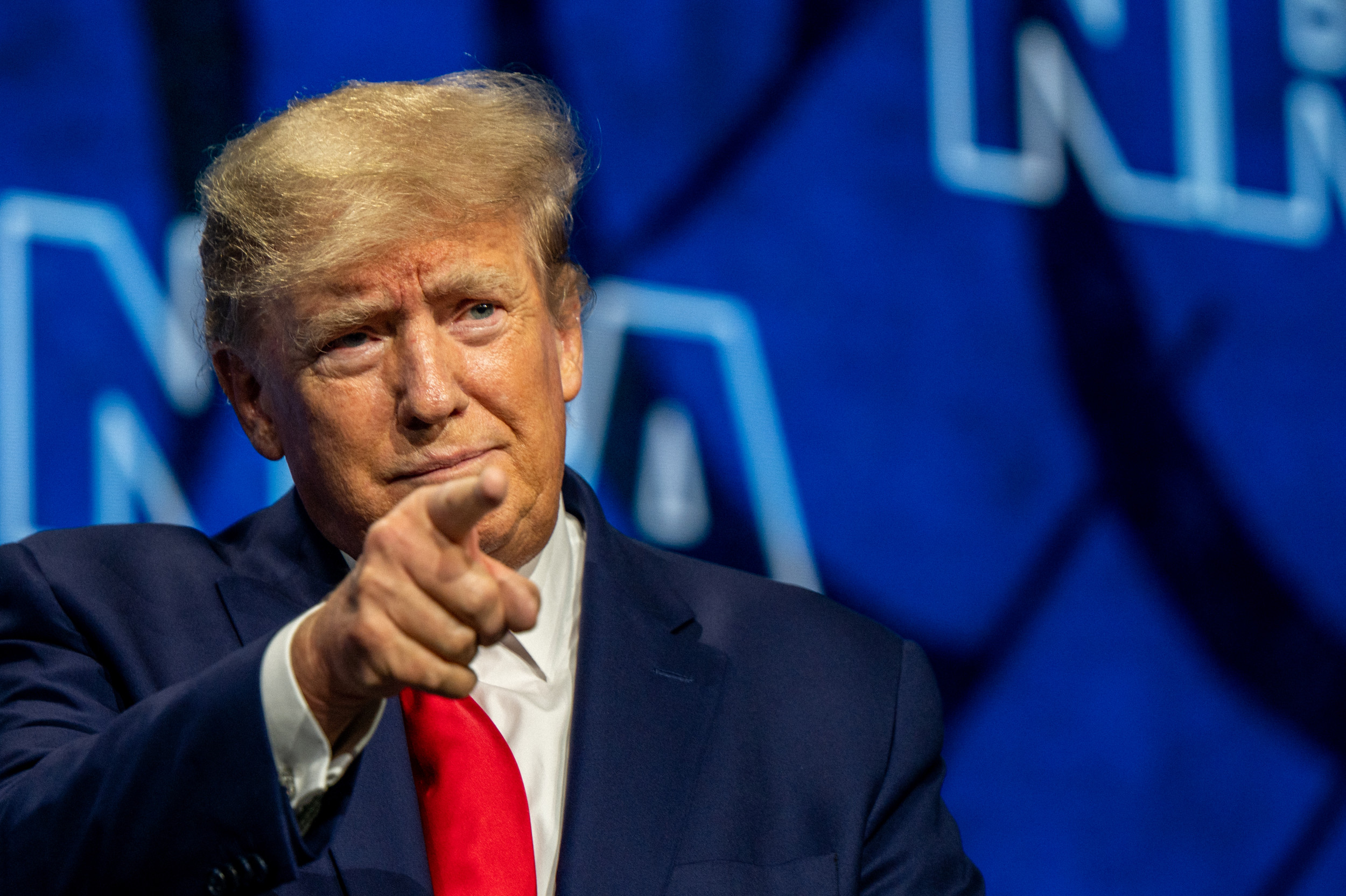 Soon after Donald Trump asked the Supreme Court to intervene in the latest legal dispute over the materials seized from his Mar-a-Lago home, questions were raised as to why the former president pushed for such a move.

In an emergency request filed Tuesday, Trump asked the court to ensure that the more than 100 documents marked as classified, seized by the FBI from his Florida property, could be still among the thousands that will be reviewed by special master Raymond Dearie.

The challenge from Trump was in response to a previous ruling from the Court of Appeals for the 11th Circuit, which allowed the Department of Justice (DoJ) to continue using the classified materials as evidence as part of their criminal investigation, and not have to wait for the special master’s review to end, as previously instructed by District Judge Aileen Cannon.

Trump’s legal team did not request that the Supreme Court (SCOTUS) stop the DoJ from using the classified documents as part of their inquiry into allegations the former president mishandled the sensitive materials removed from the White House in January 2021, but argued that the appeals court did not have the jurisdiction to block them from a special master’s review.

Justice Clarence Thomas, who oversees litigation in the 11th Circuit, gave the DoJ until 5 p.m. on Tuesday, October 11.

Even if Trump is victorious with his request to the Supreme Court, the decision will allow the special master to review only those documents to determine if they are protected by special or attorney-client privilege alongside the DoJ’s work.

There is also no guarantee that the Supreme Court will side with the former president, despite three of the six conservatives on the bench being appointed by Trump.

In January, for instance, the Supreme Court denied Trump’s request that hundreds of documents be prevented from being handed over from the National Archives to the house select committee investigating the Capitol riot on January 6, 2021.

Adanté Pointer, a partner and trial attorney at Pointer & Buelna LLP Lawyers for the People, told Newsweek that the request from Trump is a “classic scorched earth, heavily bankrolled” litigation tactic in the hope that the case will eventually fall in his favor, but ultimately something the former president has every right to attempt.

“Appeal any and every ruling, seek friendlier waters by actively pushing the case into other courts and before judges who you believe your legal position or topic may curry favor with, and do it all under the banner of manifest injustice if your position is not affirmed or protected,” Pointer said.

“Even though Trump may not have a favorable history before SCOTUS, it makes legal sense for him to still take a shot, as it only takes one victory to reverse his fortunes and possibly prevent him and his inner circle from finding themselves facing criminal charges related to the records fiasco.”

Josh Ritter, a former Los Angeles criminal defense attorney, also dismissed the suggestions that Trump asking the Supreme Court to intervene in the classified documents case was merely another attempt to hinder and delay proceedings—an accusation that has been made against his legal team’s filings and requests during in the Mar-a-Lago case.

“No one, not even a former president, can appeal to the Supreme Court merely because they feel their case is newsworthy or important. It has to have a constitutional question that only the Supreme Court can decide.

“In this case, the Supreme Court may very well believe that Trump’s attorneys have raised an issue that only the high court can address,” Ritter told Newsweek.

“I wouldn’t say it’s a flat-out delay tactic, but it is outside the normal course of business and might be more of an attempt to create further political drama surrounding this issue.”

Steve Vladeck, a law professor at the University of Texas, also said that Trump’s recent record with regards to Supreme Court decisions has been “abysmal,” and Thomas allowing the DoJ a week to respond does not help the former president.

“It’s a pretty big sign from Thomas that even *he* isn’t in a hurry, which does not bode well for Trump’s chances of getting the full Court to side with him,” Vladeck tweeted.

Thomas faced scrutiny and calls to recuse himself from the case for being the sole dissenting vote when the Supreme Court rejected Trump’s attempt to block the release of some presidential documents to the January 6 panel.

It was later revealed that the judge’s wife, Ginni Thomas, had tried to convince GOP lawmakers and Trump’s chief of staff, Mark Meadows, to overturn the results of the 2020 Election in a series of texts and emails.