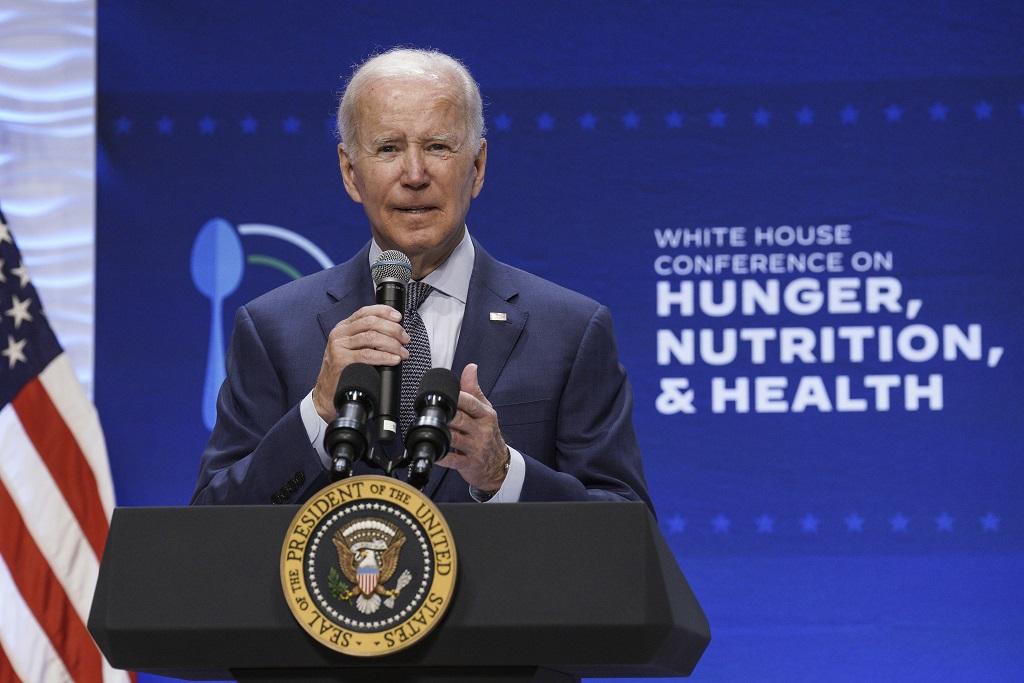 Democrats have the momentum in the 2022 midterm election, our new Democracy Corps survey shows. Democrats have pulled into a 3-point lead with registered voters and 2 points in the likely electorate. Amazingly, Democratic partisans are no longer less enthusiastic and engaged. Democrats are slightly more consolidated, and Republican fractures are growing. Cheney conservatives will give Democrats a few more points, as she now says is her goal.

Yet much of this momentum seems accidental and ahistorical, and the Democrats’ lead is fragile and at risk. This also means Democrats, progressives, and commentators could take the wrong lessons from 2022.

This survey was conducted with a large sample of 2,770 from an online panel. This survey included oversamples that produced a survey with 1,000 whites, 632 African Americans (or Blacks), over 600 Hispanics, and 530 Asians. (Wherever possible, I am using the terms people use for themselves.)

More from Stanley B. Greenberg

Remember, this weighting methodology maintains the non-college proportions from 2020, matches feelings toward the NRA and pro-life groups to phone polls to offset the social-liberal bias of web panels, and matches the recalled Trump vote to 2020. This poll, like my others, still shows Trump as slightly less unpopular than Biden.

Democrats have gained momentum with the launch of the January 6th hearings that began in June. But after the panel’s hearings, they saw a Democratic Congress and Biden Justice Department holding Donald Trump accountable for the January 6th insurrection. In July, the Supreme Court overturned Roe v. Wade; Republican-controlled states reduced the number of weeks for legal abortion and removed exceptions for rape and incest. Then, Sen. Graham committed to bar abortion nationally.

Democrats began in a hole when the Progressive Caucus and Sen. Joe Manchin said “no” in negotiations, weakening President Biden. But then that all changed just before the August recess as Congress passed the PACT Act to aid burn-pit veterans, the CHIPS and Science Act to regain U.S. leadership and domestic manufacturing in key industries, and then to everyone’s surprise, the Inflation Reduction Act.

All of this changed the perceptions since July of which party is better on key issues. And these changes are not at all small. The biggest gains for Democrats were on “encouraging extremists,” “doing what they say” and “getting things done,” “the economy,” and most important, “helping with the cost of living.” The last is, by far, the most pressing issue for the country.

Democrats have narrowed the gap on the economy but still trail Republicans by 8 points. Staying there is fatal. People are on the edge financially, and they are paying a lot of attention to what is happening in Washington. The parties are now at parity on who is better on the cost of living, including a big change in who is “much better”—one of the most important changes since July.

And fortunately, Democratic campaigns in practice are delivering a message consistent with that finding. The NBC poll tests the message that Democrats are actually saying, and it starts with their advocacy for working people on the cost of living: “we need to keep delivering for working Americans by lowering costs, including health care and prescription drugs, and ensuring the corporations pay their fair share of taxes.” That message gives the Democrats a 7-point advantage compared to the Republican message.

Our poll shows that we make our biggest gains when Democrats take on the corporate monopolies that are driving up prices, despite making super profits. It contests the cost of living by hitting Republicans hard on doing big corporations’ bidding on price-gouging and taxes.

It is important that Democrats get it right, as this poll shows the power of the Republicans closing with the ugliest possible message on crime and the border. All the respondents in this survey hear Republicans say, “Americans have never been more at risk for those who made America great. Crime in our country is escalating. People are pouring through our borders unchecked.”

In this key experiment where half the respondents also hear the Democrats contest the cost of living, their lead grows to 4 points.

Democrats hold their lead in this poll only when they embrace helping working people with the cost of living as their first priority. They make further gains when they address abortion, assault weapons, and the Child Tax Credit.

Campaigns do best when they get voters focused on what their candidates have gotten done and what positions put the opponents most at risk.

Across the base of African Americans, Hispanics, Asians, Gen Z and millennials, and unmarried women, the top legislative accomplishment that most impressed voters was bringing down health care costs. The Child Tax Credit was top for Gen Z and millennial voters. Their affirming Roe v. Wade in law in the House was top for Hispanics, Gen Z, and unmarried women, including whites. That was the very top accomplishment for all under-50 white working-class voters.

The results should lead to messages that attack Republicans for being corrupt and extreme on doing the bidding of the biggest corporations, raising taxes on working people, and billionaires paying no tax. They are also extreme in their threat to democracy, taking instruction from the NRA on assault rifles, and making abortion illegal nationally.

Democratic leaders need to see the America that was revealed in our focus groups.

The revulsion with the “top 1 percent” is stronger than hatred generated by Trump’s “Make America Great.” Just throw out the phrase “top 1 percent,” and marvel at the reaction, as I did in focus groups conducted for Rethink Trade. In Philadelphia, the service workers shouted out, “rich,” “wish I was part of it,” “fortunate,” “spoiled,” “don’t have a clue, entitled.” “Better than ever before.”

The Black and Hispanic workers in Philadelphia went right to “elite” and “Elon Musk.” For the Seattle women college graduates, they said, “wealthy,” “greedy,” “privileged,” “oligarchic,” “domination,” and “entitled.” In Texas, the Republican men, with even more venom, said, “greedy,” “no worries,” “Jeff Bezos,” “ingenuity at its finest,” and “Elon.” And in Seattle, the college men went to “rich, undertaxed,” “misunderstood in the media,” “too concentrated,” and critically, “too powerful.”

The discussion of the top 1 percent and monopolies does not expose the usual partisan splits. Nobody offered the usual response about “wealth creators” or “job creators,” barring the one Trump voter in the Philadelphia group. You didn’t hear it with the Republican group in Texas.

They associate their wealth with power—that is misused to benefit elites as the expense of regular people.

The word “monopoly” required no explanation. “Privileged,” “Simply put, bad.” One elaborated, “I think they have so much money, these corporations, they don’t know what to do with it and don’t even take care of their employees.”

In Seattle, the college voters went to “too powerful” and “modern robber barons.”

What Trump and many Democrats miss was a deepening consciousness of all Americans that the country is ruled by the top 1 percent, elites, billionaires, and big corporate monopolies that use their almost unlimited money to exert their power over government.

In this poll, I asked voters their reaction to the term “corporate monopolies.” Their hostile responses topped their positive ones by a 3-to-1 ratio (60 to 19 percent). And what about America’s partisan polarization? Republicans are actually slightly more put off than Democrats by corporate monopolies and their power.

And this brings us to a place where Democrats are at risk of playing to weakness, not seizing the opportunity demonstrated by these focus groups, and getting the message disastrously wrong.

We are at a unique inflationary juncture where real wages have fallen 4.4 points this year. So, it is hardly surprising that Gallup found that 8 in 10 Americans rate the economy as “only fair or poor,” where “a majority are experiencing financial hardship from the higher prices.”

Yet the White House and some House leaders are upbeat about the economy and the economic fundamentals. President Biden spoke last Friday and said Democrats are getting “a fair amount done and we have to keep the momentum going.” He notes America is the only nation coming “out of the crisis stronger.” Things “have gotten better because we’ve invested.” The country created ten million jobs. “That not hyperbole. It’s more jobs created in the first term of a President” than “any time in American history.” Time and time again, he talks about the “good paying jobs” that are coming. And the speech barely mentions the cost of living.

In our poll, 63 percent view the economy negatively, double the number who view it positively. The president will just not get heard with an upbeat message when 70 percent of those white working class under 50 and over 55 percent of Hispanics share that gloom.

Our poll tested this upbeat message, and not surprisingly, Democrats lost their lead in the race. With that message, Democrats just don’t connect or empathize with people during this period of spiking prices and falling real wages. Bragging about the economy means more of those voters listening to Republicans—who are doing everything possible to keep the country focused on crime and borders. This was the first week in many months in which the generic congressional moved slightly away from the Democrats.

The Democratic campaigns and national Democratic leaders, I hope, will not dwell long here in this problematic message. The Democrats’ winning message centers on working people, the cost of living, protecting health care, raising taxes on big corporations, and providing tax relief, as well as challenging monopolies, battling for democracy, being against assault rifles, and defending the right of women to have legal abortions.

When I listened to many of our base voters—unmarried women and millennials—they talked about trying to find “jobs you can live on.” That was why they were so resentful of Obama’s bragging about the millions of jobs that were created, when so many were not good jobs.

The major outside groups heralding the passage of the Inflation Reduction Act dramatically illustrate how the new law can be shown to help those grappling with the cost of living. One big chart says: “Out of pocket costs for drugs will be capped, seniors’ insulin will be just $35, families will save $2,400 on healthcare premiums, energy costs down an average of $1,800 a year for families, and it’s paid for by making the biggest corporations pay what they owe. President Biden’s bill doesn’t fix everything, but it will save your family money.”

When the pandemic took unemployment back to double digits, the government response included an impressive package of raised unemployment payments, direct payments to households, and limited paid sick leave for those with COVID. The direct payments were the same for each household, not linked to the household’s income level.

This also explains why the Child Tax Credit was so important for the recipients, parents, and white working-class voters under 50 years, who are very receptive to government playing this expanded role. If Democrats had successfully enacted the huge expansion of help with child care, it no doubt would have been part of the equation of making life more affordable for working families.

The battle for the economy is now not over the number of jobs, but what government is doing to make work pay—and to champion working people and attack the billionaires who prosper at the expense of everyone else. This is the core message that will enable Democrats to win and keep winning.