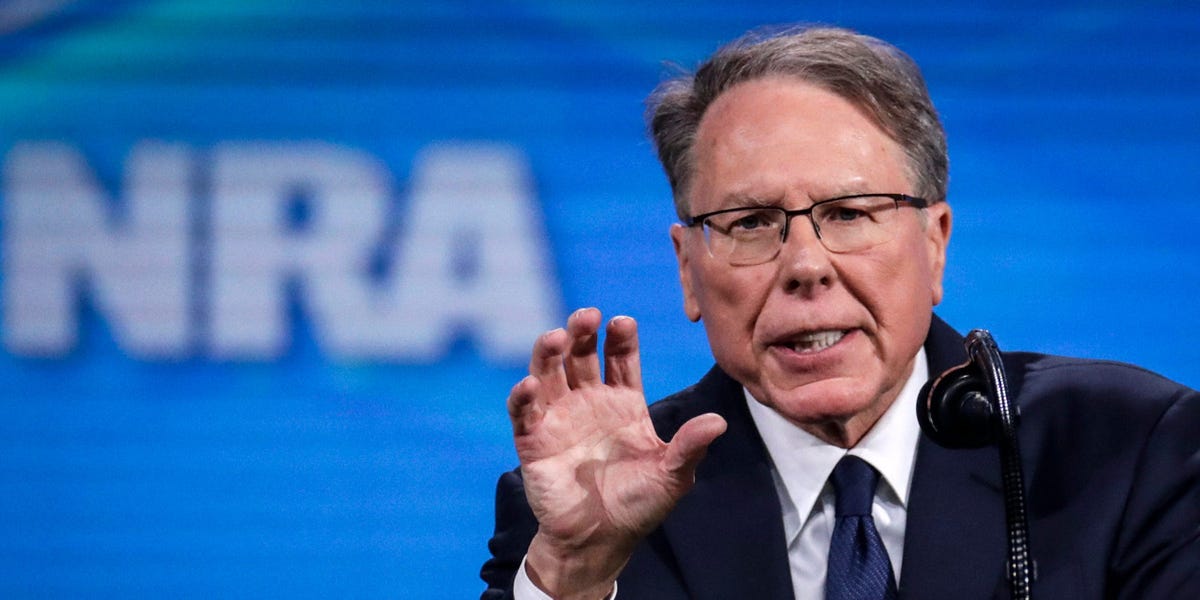 Sign up for our newsletter to receive our top stories based on your reading preferences — delivered daily to your inbox.

In a blow to the NRA, a Manhattan judge has given New York Attorney General Letitia James the green light to continue seeking two hefty penalties — an independent monitor who would oversee the gun lobby’s finances, and millions in back-salary from CEO Wayne LaPierre.

The ruling from the bench by New York Supreme Court Justice Joel Cohen on Thursday allows the New York AG to pursue the financial monitor and significant cash penalties when her two-year-old lawsuit against the NRA eventually goes to trial.

Those salary-based penalties, if approved by a judge or jury, could add up to a small fortune.

A trial date has yet to be set for the lawsuit, which accuses LaPierre and three other executives at the New York-chartered non-profit of lining their pockets with member donations.

LaPierre was reinstated as the NRA’s executive vice president at the gun lobby’s annual convention in Houston in May, despite the New York AG’s allegations that he and his cronies used “millions upon millions” in NRA cash for private jet travel, Bahamas vacations, and pricey meals.

Lawyers for the NRA and for LaPierre had fought hard against the New York AG’s proposed penalties in lengthy legal papers and in arguments before Cohen on Thursday.

The lawyers fought especially hard against the threat of a court-imposed financial monitor, something they derided as “a de facto takeover” in legal papers in June and as “dangerous,” and “unconstitutional” in arguments before Cohen on Thursday.

In a moment of what might be called legal calisthenics, Correll went on to compare James’ demands for an NRA monitorship to Alabama’s assault on the NAACP in the 1950s.

“You have the attorney general of a state trying to interfere with the operation of a not-for-profit organization — that happened in the ’50s,” Correll told the judge.

“The attorney general of the state of Alabama wanted to do what he could to disrupt the NAACP” and demanded the group turn over its membership list as a condition of continuing to operate in Alabama, Correll said.

The judge countered that in a hypothetical case where a non-profit had been looted by its executives, a court would need to be able to do more than just “hope for the best with the next person.”

He also disagreed with the NRA’s claim that a monitorship is off the table because it is not mentioned by name in New York’s Estate, Powers, and Trusts Law.

The NRA is attempting to read the law “so narrowly” that no attorney general would ever be able to monitor “how funds are used by an organization such as this,” the judge said.

The judge also said it was premature to assess the appropriateness of a monitor, or of financial penalties, or of any other possible remedies, “without knowing what the fact findings are that give rise to the remedy.”

As for next steps in the massive case, lawyers for the New York AG said they may request one last round of depositions based on recently submitted discovery from the NRA’s side.

“I’d like to set a trial date as soon as I can, subject to one party or another winning on summary judgment,” Cohen said.

“Everybody’s been working very hard,” he added. “My understanding was that things were near the end, which it sounds like is true.”