The Design of this is Genius! – Nemo Moonlander Table – Impressive FoldingRuger-Made Marlin 1895 Guide Gun Now AvailableO’Rourke to deploy families of Uvalde shooting victims before debate with Gov. AbbottA Party Built Entirely on LiesFirearms Training For The FamilyJournal of the Yurt 2048 Hours Living In The Deep Forest With The Cliff House And Underground Waterfall In The MountainsRepublicans Have a Dad ProblemEditorial: Oakland school shooting shows city leaders must unite to end soaring gun violenceHighland Park shooting victims file suits against gun-maker over ad practices
Gun And Survival
Skip to content 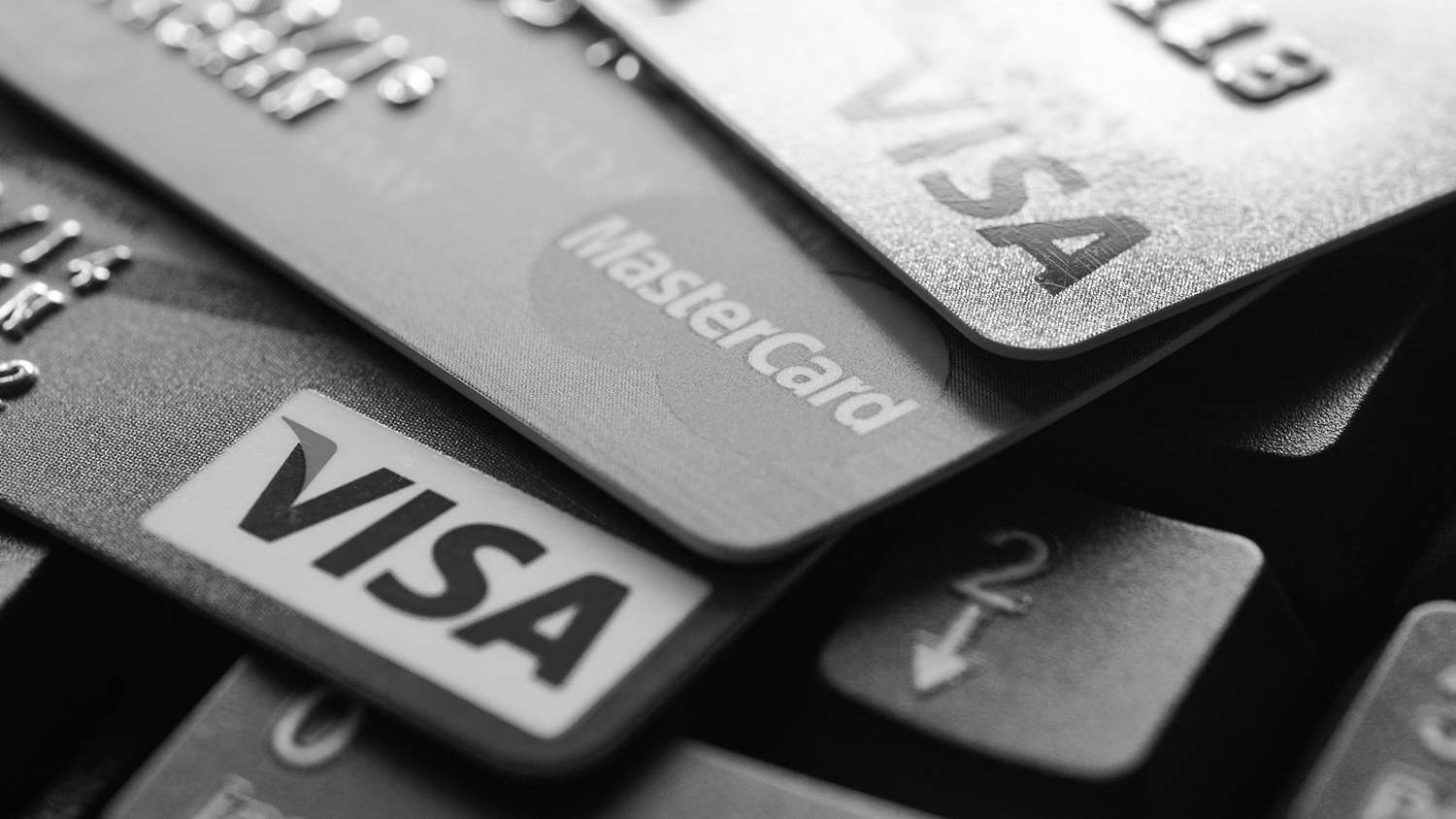 On September 9, the International Organization for Standardization (ISO) approved a Merchant Category Code (MCC) for firearm retailers. The ISO is a Geneva-based non-governmental organization that consists of a network of “standards bodies” from around the globe that create consensus across various countries and industries.

The move altered standard 18245:2003, which, “defines code values used to enable the classification of merchants into specific categories based on the type of business, trade or services supplied.” These four-digit MCCs are then used to categorize transactions by payment processors and other financial services companies. MCCs enable payment processors and banks to categorize, monitor, and collect data on various types of transactions. Before the ISO decision, firearm retailers fell under the MCC for sporting goods stores or miscellaneous retail.

The ISO’s Registration and Maintenance Management Group (RMMG) considers applications for new MCC codes. At the behest of gun control advocates, Amalgamated Bank applied to the RMMG to create an MCC for firearm retailers.

On September 9, Visa wrote a letter to anti-gun members of Congress that had advocated for the firearm retailer MCC code in which the payment processing giant opposed using the ISO for this political purpose. Visa explained,

We believe that the Visa payment system is for everyone, and we strive to make our services available to all people in all places, for uses consistent with local and national laws. If a transaction is legal, Visa’s policy is to remain neutral and process the transaction. We believe that asking payment networks to serve as a moral authority by deciding which legal goods can or cannot be purchased sets a dangerous precedent. We understood Amalgamated Bank’s request to be justified, at least in part, by an interest in blocking transactions that would fall under such a new category, and Visa’s rules expressly prohibit blocking of legal transactions under an MCC.

Moreover, Visa noted that it was their belief that Amalgamated Bank’s petition to ISO for a firearm retailer MCC could not be reviewed by the RMMG at the time, because it was previously rejected.

However, communications involving the ISO reveal that when the RMMG was unable to reach a decision on Amalgamated Bank’s application, the petition was advanced to a higher decision-making body within the ISO. This body, ISO technical subcommittee ISO/TC 68/SC9 or “Information exchange for financial services,” quickly approved the new MCC.

After adopting the new code, Visa reiterated its opposition to using its payment network to enact a political agenda. In a September 13 statement the company noted,

We do not believe private companies should serve as moral arbiters. Asking private companies to decide what legal products or services can or cannot be bought and from what store sets a dangerous precedent. Further, it would be an invasion of consumers’ privacy for banks and payment networks to know each of our most personal purchasing habits. Visa is firmly against this.

However, the industry-leading payment processor also stated that it would be moving forward with adopting the new firearm retailer surveillance MCC.

Gun owners should be aware of the dangerous impact that gun control activists teamed with international bureaucrats can have on their rights. The ISO/TC 68/SC9 Secretariat is held by Association française de normalization (AFNOR), the standardization organization representing France. According to the ISO, ISO/TC 68/SC9 participating members include organizations representing China and Russia.

As for Amalgamated Bank, the “bank” is as much a left-wing political project as it is a financial institution. The outfit’s website declares that they are “proud to support candidates, political parties, political action committees, and political organizations as they seek to build power for progressive change.” A firearm specific statement on their website reads,

Banks are important advocates for gun violence prevention. Amalgamated Bank is proud to partner with many organizations creating a safer society and we are using our voice to set the industry standard so that all financial institutions can help keep their communities safe from gun violence. As our CEO Priscilla Sims Brown recently said on CBS News: “This is our responsibility.”

Further, the “bank” touts its support for the criminalization of private firearm transfers, gun confiscation orders, and other portions of Everytown for Gun Safety’s gun control agenda.

Backers of the firearm retailer MCC have made clear that their goal is to use the code to enact further gun control through a public-private partnership.

Amalgamated Bank has noted that they intend to create a software algorithm that will use the MCC “to report suspicious activity and illegal gun sales to authorities.” The contours of what would be deemed “suspicious activity” have not been articulated. As those purchasing firearms from retail establishments already undergo an FBI National Instant Criminal Background Check System (NICS) check, such “suspicious activity” would be aimed at otherwise lawful gun sales.

Describing how the gun control scheme would interface with the federal government, the New York Times explained, “Banks could then either allow [the flagged] transactions, or block them and file suspicious activity reports with the Treasury Department’s Financial Crimes Enforcement Network, which would ideally also create a system to quickly forward that information to local law enforcement and the F.B.I.”

Collection of firearm retailer financial transaction data amounts to surveillance and registration of law-abiding gun owners. Those promoting this scheme are proponents of firearm and gun owner registration and advocate against firearm owner privacy. Therefore, it should be assumed that the goal of this program is to share all collected firearm retailer MCC data with government authorities and potentially private third parties that may include gun control organizations and anti-gun researchers.

Federal law contains multiple restrictions on the creation of a national firearms registry. This move should be perceived as an attempt to circumvent those restrictions by deputizing private companies to surveil law-abiding gun owners in a manner that the federal government is prohibited from doing by law and that Americans have repeatedly rejected through their elected representatives.

This scheme offers a means by which to restrict and surveil those who exercise their First Amendment rights in a manner gun control advocates or the federal government disapprove. Everytown for Gun Safety President John Feinblatt explained, “Banks should report dangerous warning signs to law enforcement when extremists are quickly building up massive stockpiles of guns.”

There is an ongoing effort by some prominent Democrats, including those in charge of federal law enforcement, to define anyone who deviates from their political program as “extremists.” On September 1, President Joe Biden defined “extremism” to include “Donald Trump and the MAGA Republicans.” On September 13, U.S. Senate candidate Rep. Tim Ryan (D-Ohio) told MSNBC that it was time to “kill and confront” the “extremist” Republican movement. In late 2021, in response to a memorandum from Attorney General Merrick Garland, FBI’s Counterterrorism Division created a “threat tag” targeting concerned parents who attend school board meetings.

Governments and private companies are under constant threat of having their data stolen or inadvertently leaked. Not collecting certain sensitive data is the most effective means of ensuring it does not fall into the wrong hands. If collected firearm retailer MCC data were to be made public, gun owners could become targets for thieves and other criminals.

Sensitive gun owner data leaks literally span the globe, with New Zealand gun owners suffering a security breach in 2019. Most recently, the names, home addresses, and dates of birth of California carry permit holders were exposed by the California Department of Justice.

NRA-ILA is working with pro-gun federal and state officials on measures to address this threat to gun owner privacy and blatant attempt to circumvent federal law.

On September 14, Rep. Elise Stefanik (D-N.Y.) led 100 of her colleagues in a letter to Visa, Mastercard, and American Express concerning the firearm retailer MCC. The letter explained to the companies,

there is no accepted, consistent, scientific, or legitimate way to determine from this data what is and what is not a “suspicious” purchase. A gun control advocate could view any desire to own or obtain a firearm as per se suspicious. Instead, this is a transparent attempt to chill the exercise of constitutionally protected rights and to circumvent existing legal restrictions on the creation of firearm registries by the government.

Moreover, the forceful letter demanded answers as to how the payment companies intend to implement and utilize the firearm retailer MCC.

Rep. Stefanik’s letter was not the only one to question how the major credit card companies will implement the new MCC. Sen. Josh Hawley (R-MO), Sen. Roger Marshall (R-KS), and Attorney General Patrick Morrisey (R-WV) also sent letters questioning the change in policy and how it will affect gun owners.

NRA-ILA will continue to keep gun owners apprised of any updates in this fast-evolving situation.