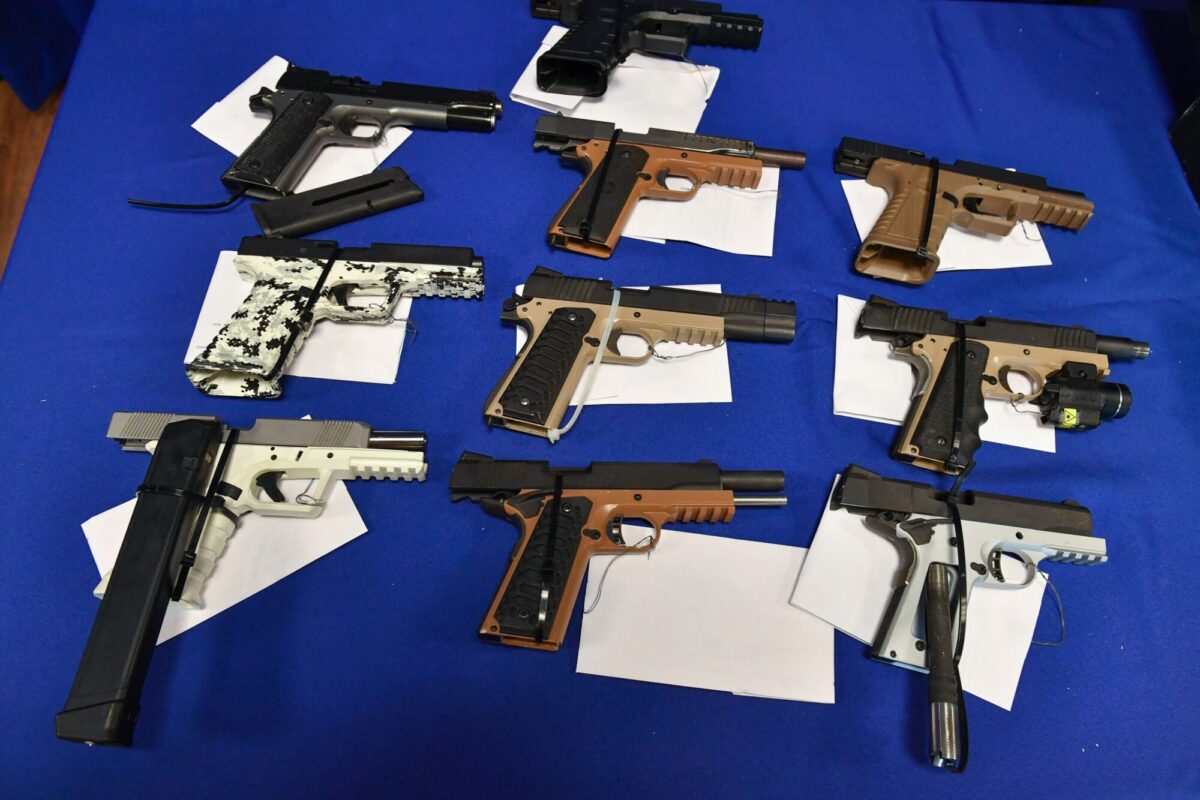 The rules, which the White House posted in April, are designed to prevent unlicensed guns from being sold to convicted felons and other ineligible buyers by making clear that retailers run background checks before selling kits that contain parts for someone to assemble a gun, a similar rule to commercially made firearms.

In addition, commercial manufacturers will be federally required to assign serial numbers to the main components, such as the kit’s frame or receiver, used to manufacture ghost guns. They also have to retain records for the length of time they are licensed. The current rule allows sellers to purge records after 20 years.

The Department of Justice (DoJ) announced in a statement that over the past decade, the Bureau of Alcohol, Tobacco, Firearms, and Explosives (ATF) has been unable to trace thousands of firearms due to records being destroyed early.

“These guns have often been sold as build-your-own kits that contain all or almost all of the parts needed to quickly build an unmarked gun. And anyone could sell or buy these guns without a background check,” Attorney General Merrick B. Garland said on Wednesday.

“This rule will make it harder for criminals and other prohibited persons to obtain untraceable guns,” he said. “It will help to ensure that law enforcement officers can retrieve the information they need to solve crimes.”

The Republican senator observed that Biden’s statement regarding “20,000 suspected ghost guns” was essentially meaningless, as it failed to distinguish between “suspected” and actual ghost guns, or even to disclose “how many crimes were committed using an actual privately made firearm.”

According to the FBI, “less than 0.36 percent of homicides involved ghost guns,” the NRA’s institute for legislative action reported, which demonstrates that Biden’s focus on ghost guns “places rhetoric over fact in combating the violent crime surge.”

Biden has rejected criticism by the NRA, asking Americans, during a Rose Garden address in April, if it’s “extreme” to protect police officers, extreme to protect our children, or extreme to keep guns out of the hands of people who couldn’t even pass a background check.

Even before the final rule was published, Gun Owners of America (GOA) announced plans “to fight back immediately,” claiming the measure would allow ATF “to expand its nearly billion-record gun registry and regulate gun parts as firearms,” creating a de facto gun registry in violation of the U.S. Constitution.

Aidan Johnston, director of federal affairs for GOA, which describes itself as the “no-compromise gun lobby,” said in a statement in April that the new rule “is about expanding an already billion-record gun registry to eventually include every single sale at every single gun store since 2002,” adding that many believe it’s just “pure gun control … ultimately, people control.”

Retailers selling ghost gun components have been racing in recent weeks to offload their inventory ahead of Wednesday’s deadline, with some online dealers selling out completely.

Biden’s move was cheered by others, such as John Feinblatt, president of Everytown for Gun Safety.

“Ghost guns look like a gun, they shoot like a gun, and they kill like a gun, but up until now they haven’t been regulated like a gun,” he said in a statement. “We applaud the Biden–Harris administration for doubling down on its commitment to gun safety by taking action to rein in ghost guns.”