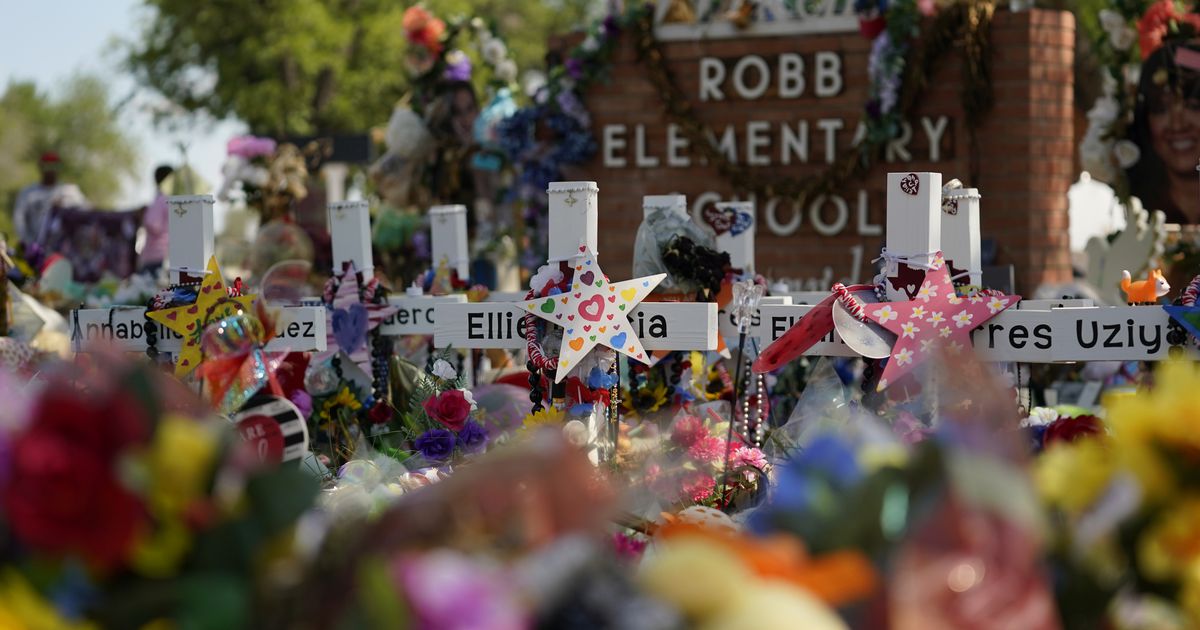 WASHINGTON — House Democrats are pushing a federal ban on assault weapons but face resistance from their more moderate members, including at least one from Texas.

Rep. Henry Cuellar, D-Laredo, plans to vote against the bill if it makes it to the House floor, his press secretary Dana Youngentob said Friday.

Cuellar did not elaborate on the reasons for his opposition to this particular proposal. He has said in the past that he believes in firearm restrictions but not bans.

Rep. Jerrold Nadler, D-N.Y., the chairman of the Judiciary Committee, on Friday announced the committee’s plan to take up a bill banning the firearms on Wednesday. Nadler said four gunman have used assault weapons over the past two months to kill 42 people – including the 19 children and two teachers who died in the massacre at Robb Elementary School in Uvalde.

“It is beyond frightening and disturbing that a weapon that was designed as a tool of war has found its way into the hands of 18 year olds and onto our streets,” Nadler said. “Any weapon that allows for the quick and efficient slaughter of children in our schools has no place in our communities.”

Democrats might well be able to push the bill through committee but will encounter challenges in the full House given the party has such a slim majority.

That margin is even tighter after Republican Mayra Flores, a McAllen respiratory therapist, won the special election to replace Brownsville’s Filemon Vela, a Democrat who resigned to work at a law firm.

A tight margin means every vote is key.

Cuellar has drawn support from the National Rifle Association over the years. When the House voted last month on a package of gun-related measures, Cuellar supported the overall legislation but opposed a ban on high-capacity magazines when that specific provision came up for a vote.

It’s also unclear whether Rep. Vicente Gonzalez, D-McAllen, will support the measure. Gonzalez is the only Texas Democrat other than Cuellar who has not co-sponsored the bill.

The bill is sponsored by Rep. David Cicilline, D-R.I., who said in a statement that AR-15 style rifles have become the weapon of choice for mass shooters from Sandy Hook to Uvalde.

“Protecting the lives and safety of Americans is not at odds with our Second Amendment rights,” Cicilline said. “We cannot rest until we ensure that our kids and families are safe in schools, houses of worship, and everywhere in our communities.”

The bill would make it illegal to sell, manufacture or transfer certain types of semi-automatic weapons.

It would ban all semi-automatic rifles that accept a detachable magazine and have one of six features: pistol grip, forward grip, certain types of stocks, a grenade launcher, barrel shroud or threaded barrel.

It also would ban feeding devices such as magazines or drums that are capable of accepting more than 10 rounds.

The measure would grandfather in weapons lawfully possessed on the date of enactment. Its restrictions would not apply to antique firearms and more than 2,000 specified models of hunting and sporting firearms.

Congress adopted an assault weapons ban in 1994 but it was allowed to expire ten years later.

Even if the House does pass the legislation, it will be dead on arrival in the Senate.

Sen. John Cornyn, R-Texas, was the lead Republican negotiator on a bipartisan gun violence package that was recently passed and signed into law. That package included funding for mental health resources and school security, along with modest changes to the nation’s gun laws.

It also dedicates funding to state crisis intervention programs, which can include so-called “red flag” laws designed to get guns away from individuals deemed a danger to themselves or others.

Cornyn said repeatedly during the legislative process that Senate Republicans were not going to support proposals they viewed as infringing on the Second Amendment, such as wholesale bans on certain categories of guns.

Cornyn attended an event at the White House earlier this week celebrating the new bipartisan law. He said later that President Biden devoted much of his speaking time at the event to what Democrats were seeking but failed to get included in the bipartisan package.

“So it now sounds like they want to come back and have another bite at the apple but we’re not interested in having another negotiation,” Cornyn said. “To me, it was ironic because they were celebrating the passage of this bill, but then at the same time bemoaning all the things that they wanted that they didn’t get, which was a very strange position to be in. But no, I don’t anticipate any more legislation in that area for a while.”