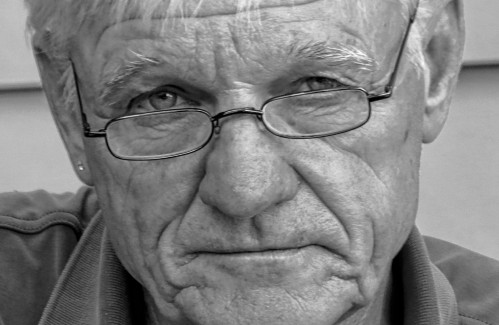 After more than 300 mass shootings (4+ people injured or killed, not including the shooter) in the first 186 days of 2022, including massacres in Buffalo, Uvalde, and Highland Park, and the cherished American holidays of Memorial Day and Fourth of July infected by the same plague, we are fed the thin gruel served up by Congress as “landmark legislation” in gun safety: support for states using “red flag” laws; some support for domestic violence victims; expansion of registration of for-profit “gun dealers;” some limits on purchases by those under 21; money for mental health and school safety.

But assault weapons are still available and plentiful: it is estimated that there are about 20 million in the U.S., more than double the number since 2004 when their ban expired. Police officers are the people most regularly threatened by them, and the International Association of Chiefs of Police (IACP) has supported their ban since 1992, and note that during the 10-year ban, crimes involving the use of assault weapons dropped 66%. While Republicans often trumpet their support for the police, and their belief in “law and order,” they leave officers vulnerable to what IACP calls the “weapons of choice for gang members and drug dealers.”

How did we get here, and where can we go? In a recent article for The Atlantic, Adam Serwer states, “This idea that the Second Amendment is an über-right — that it’s a bulwark against tyranny, the last stop between citizens and being under the boot of government — that was an idea that the gun-rights advocates really started to push significantly in the 90s.” But it is a position based on a fallacy.

The Second Amendment is a single sentence of 27 words, with four clauses: “A well regulated Militia, being necessary to the security of a free State, the right of the people to keep and bear Arms, shall not be infringed.” The NRA and other gun-restriction opponents regularly quote the last two clauses while blithely ignoring the first two which are essential to its meaning. They use a quotation out of context, a devious logical fallacy that can alter a statement’s meaning.

Here is a simple example taken from an internet site. A movie review states “This was a fantastic movie, as long as you aren’t looking for plot or character development.” A movie ad could quote the first clause accurately (“This was a fantastic movie . . . ”) but turn the meaning upside down by leaving out the context provided by the second clause.

At the time it was ratified along with the Constitution and the rest of the Bill of Rights, an armed citizenry — a well-regulated militia — was essential to the country’s defense, since it did not yet have a standing army. Militias had been crucial in defeating the British in the Revolutionary War. No American at the time would want restrictions on owning a musket.

Are assault rifles weapons of a well-regulated militia? They certainly aren’t well regulated since no one really knows how many are owned by Americans. As seen in the wave of mass shootings, too many are in the hands of people unbalanced enough to kill anonymous or targeted groups, and often themselves at the same time. If we had a well-regulated militia, they would have been quickly rejected or soon weeded out as unfit for service.

Assault rifles are military weapons, designed for the greatest probability of killing people, regardless of the shooter’s training or skill. If we believe they are necessary at all, they should be in the hands of a militia or other military organization. The previous ban allowed their production for police or military use.

But they represent just one part of the billions in profits earned by gun manufacturers nationwide. They market to every type of constituency: careful and responsible hunters and sport shooters; those who believe guns are necessary for their self-defense; those who see them as a last resort against government tyranny; and anyone unbalanced enough to plot a mass shooting.

Companies and their stockholders don’t give up billions in profits easily. They use millions in political donations to thwart the will of a large majority of Americans (estimated at 60% or more) who want more gun restrictions rather than less. Sadly, our new panel of “justices” on the Supreme Court (who also ruled against more than 60% of Americans in the Roe case) recently signed on to the idea that it’s better to have more guns in civilian hands rather than fewer.

Allen Woods is a freelance writer, author of the Revolutionary-era historical fiction novel “The Sword and Scabbard,” and Greenfield resident. His column appears regularly on a Saturday. Comments are welcome here or at awoods2846@gmail.com.