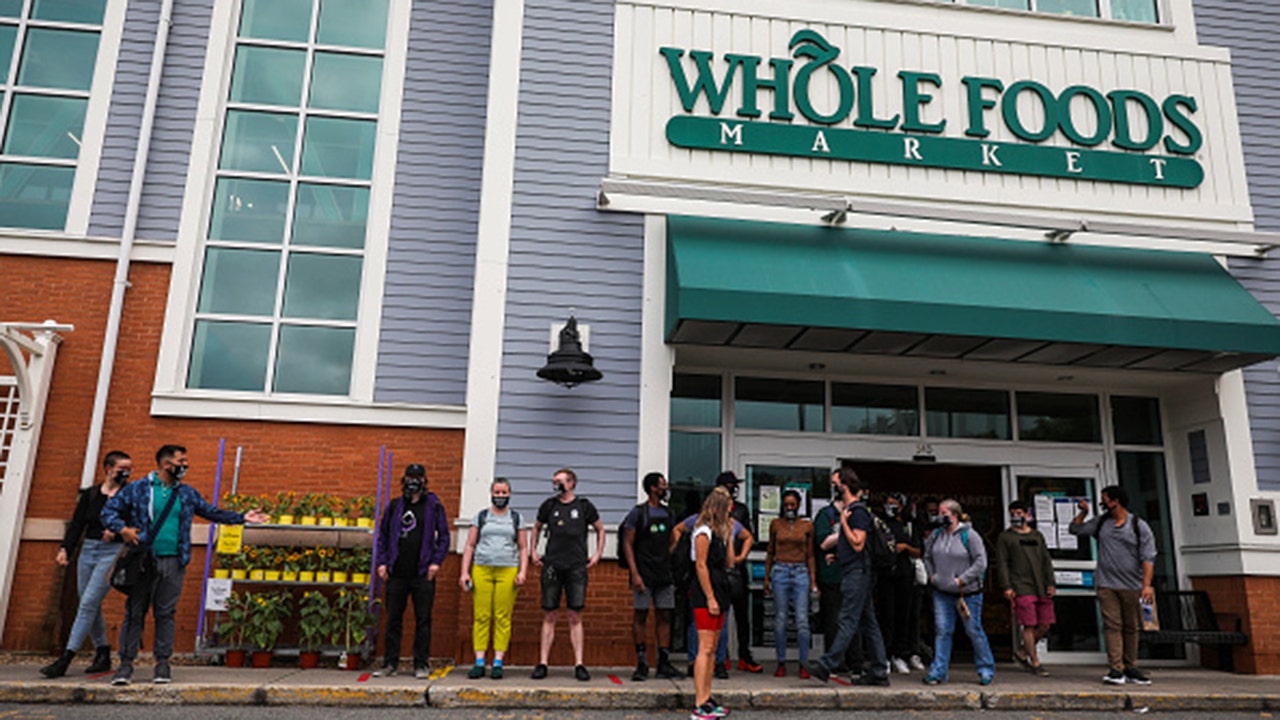 Check out what’s clicking on FoxBusiness.com.

In a Tuesday opinion, the court noted that discrimination claims “will not suffice where the defendant’s alleged conduct is merely ‘consistent with’ unlawful action and is ‘just as much in line with’ lawful action.” With that in mind, the court recognized that the phrase “Black Lives Matter” was politically charged and “rightly or wrongly” was controversial.

“Thus, the timing of Whole Foods’ decision to begin enforcing its existing policy may be explained by the ‘obvious alternative explanation’ that Whole Foods did not want to allow the mass expression of a controversial message by employees in their stores,” the court’s opinion said.

The basis of the lawsuit was the company’s decision to strictly enforce its dress code policy that banned items “with visible slogans, messages, logos, or advertising that are not company-related.” The workers claimed that in the past, this had not been enforced and employees did not face consequences for wearing apparel with symbols including sports team logos, the National Rifle Association logo and pride flags.

That changed, the workers claimed, following the death of George Floyd and the prevalence of Black Lives Matter protests.

A lower court had ruled against the workers for a different reason, stating that they had not brought a proper claim because they were not alleging that any of them were discriminated against because of their individual races, as not all of them were Black. The First Circuit disputed this, stating that non-Black people can still bring such a claim if it is based on their association with Black people.

Still, the appeals court said, there was not enough evidence that the enforcement of the dress code was racially motivated.

GET FOX BUSINESS ON THE GO BY CLICKING HERE

The workers had also brought a retaliation claim, asserting that they were improperly disciplined for continuing to wear Black Lives Matter slogans in protest of the dress code, but the First Circuit rejected that claim because they could not distinguish between this discipline and the initial dress code enforcement.

“Ultimately, the outcome of this case says nothing about the importance of the ‘Black Lives Matter’ message, the objectives of the Black Lives Matter movement, the value of appellants’ actions in wearing Black Lives Matter masks, or the wisdom of Whole Foods’ response to those actions,” the court said. “Rather, the case simply turns on whether appellants have adequately pleaded claims for racial discrimination and retaliation under Title VII. Because appellants have not done so, we affirm the district court’s dismissal of their claims.”

“Whole Foods Market’s dress code policy has long promoted a welcoming, safe, and inclusive shopping environment focused entirely on high-quality food,” a spokesperson said in a statement. “We agree with the court’s decision and appreciate its time and attention to this matter.”