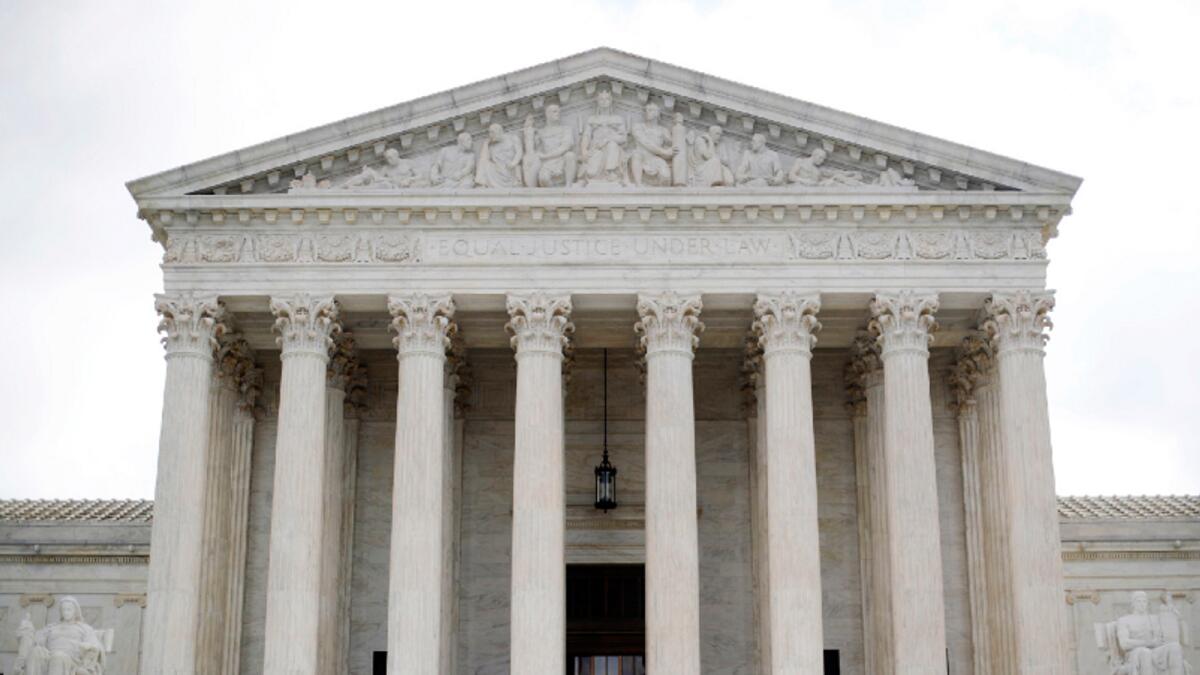 A bipartisan package of modest gun safety measures advanced in the US Senate on Thursday, even as the Supreme Court broadly expanded gun rights by ruling Americans have a constitutional right to carry handguns in public for self-defence.

The Senate bill would tighten background checks for would-be gun purchasers convicted of domestic violence or significant crimes as juveniles. It does not include more sweeping gun control measure favoured by Democrats including President Joe Biden such as a ban on assault-style rifles or high-capacity magazines.

The ruling by the 6-3 conservative-majority Supreme Court struck down New York state’s limits on carrying concealed handguns outside the home. The court found that the law, enacted in 1913, violated a person’s right to “keep and bear arms” under the U.S. Constitution’s Second Amendment.

A few hours later, the Senate voted 65-34 to advance the gun safety package toward a final vote on passage that could come later in the day or on Friday. The vote sets the clock ticking for up to 30 hours of debate. Democrats urged Republicans to agree to expedited the process.

The landmark court ruling and Senate procedural vote illustrate the deep tensions around guns in the United States. Polls show that majorities of Americans support some new limits on firearms, demands that typically rise following mass shootings like those recently seen in Uvalde, Texas, and Buffalo, New York.

At the same time, conservatives defend a broad reading of the Second Amendment, which they say limits most new restrictions on gun purchases.

The Senate votes follows an impassioned speech by Biden early this month in which he declared “enough” and urged lawmakers to act.

The Senate’s 80-page Bipartisan Safer Communities Act would encourage states to keep guns out of the hands of those deemed to be dangerous and tighten background checks for would-be gun purchasers convicted of domestic violence or significant crimes as juveniles.

Lawmakers say the bill would save lives by helping to stem the tide of gun killings in the United States.

More than 20,800 people have died from gun violence in the United States so far in 2022, including through homicide and suicide, according to the Gun Violence Archive, a non-profit research group.

“This is not the cure-all for all the ways gun violence affects our nation. But it is a long overdue step in the right direction. It’s significant and it is going to save lives,” top Senate Democrat Chuck Schumer said in a floor speech.

The Supreme Court ruling, authored by conservative Justice Clarence Thomas, declared that the Constitution protects “an individual’s right to carry a handgun for self-defence outside the home.”

“This is a monumental win for NRA members and for gun owners across the country. New York’s egregious law, which left its residents’ self-defence rights to the whim of a government bureaucrat, has been declared unconstitutional and must be changed,” said Jason Ouimet, executive director of the National Rifle Association Institute for Legislative Action, in a statement.

In the Senate, Republicans who back the new legislation insist that it does not erode the rights of law-abiding gun owners, are among their most ardent constituents. They have also tried to dissuade Democrats from making such predictions, saying the success of the current legislation would be unlikely to change their party’s attitude toward guns.

“It does not so much as touch the rights of the overwhelming majority of American gun owners, who are law-abiding citizens of sound mind,” said Senate Republican leader Mitch McConnell, who backs the legislation.

It closes the “boyfriend loophole” by denying gun purchases to those convicted of abusing intimate partners in dating relationships, and allows states to add juvenile criminal and mental health records to national background check databases.

Senator Richard Durbin, the chamber’s No. 2 Democrat, said the bill would provide $4.5 billion in funding to the Justice Department, the Department of Health and Human Services, and the Department of Education. A Republican aide estimated the measure’s overall price tag at $13.3 billion, saying the cost was fully offset by funds from elsewhere in the federal budget.