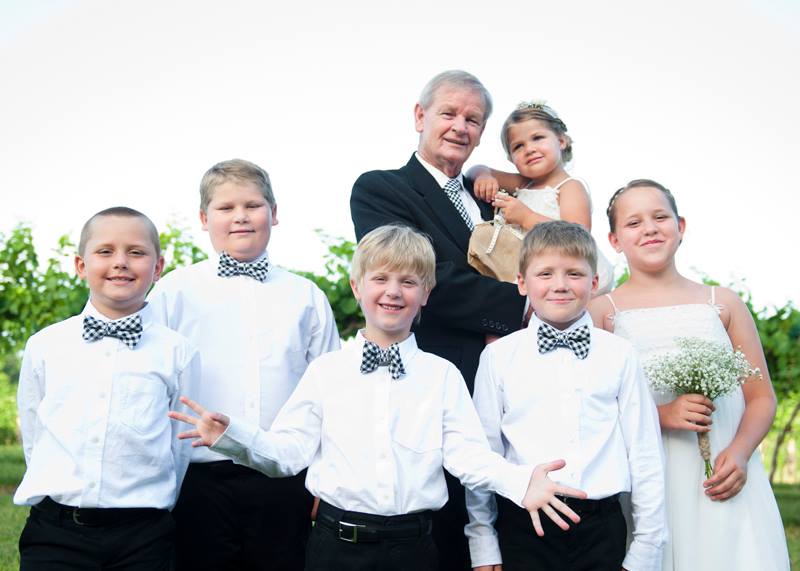 Former State Rep. Les Winningham, who represented Scott County in Nashville for more than two decades, died Sunday. He was 81.

Winningham was first elected to the Tennessee House of Representatives in 1984 to represent the 38th District composed of counties from across the Upper Cumberland region and held that seat through 2010.

Born Leslie Everett Winningham on July 3, 1940 in Byrdstown, Tenn., he was the son of Ward Porter and Mary Lou Mitchell Winningham. He was one of seven children. His father died in 1952 at the age of 37, and his mother worked multiple jobs to raise her seven children without public assistance. Mrs. Winningham, who had also helped raise her own siblings after her parents’ death, was well-known in Pickett County.

Winningham graduated from Tennessee Tech University in Cookeville in 1964, and received his masters degree in education administration from TTU in 1968. He would return to Cookeville in his later years.

In the field of education, Winningham quickly rose to become superintendent of the Pickett County School System in 1968, a position he held until 1972. After that, he moved to Helenwood and spent 26 years in the Scott County School System. He was appointed assistant principal at Scott High School in 1978, and served as the school’s principal from 1982 to 1993, when he moved into a grant administrator’s role and Gary Cross succeeded him as principal.

Before retiring from education, Winningham worked for the Oneida Special School District.

But it was as a politician that Winningham will best be remembered. First elected in 1984, Winningham took office in January 1985 and was subsequently re-elected 12 times. He achieved that feat despite being a Democrat in a heavily-conservative rural district along the TN-KY border.

To underscore Winningham’s success as a blue candidate in a red district, all of the counties in the 38th District voted Republican in the 1984 presidential election, the year Winningham was first elected to the State House.

In fact, the only Democrat presidential candidate to win a county in the 38th District — other than Macon County — during Winningham’s tenure in the State House was Bill Clinton in 1992 and 1996. As the lone exception, Macon County voters supported Al Gore in 2000 and John Kerry in 2004.

Through the years, the 38th District consisted mostly of counties along the TN-KY border: Scott County, Pickett County, Clay County and Macon County, in addition to part of Fentress County. However, the district also shifted at times. Jackson County was a part of the 38th District at times, while a portion of Anderson County has also been included in the district at times.

Winningham proved to be a popular representative throughout his tenure, and ran for re-election without opposition in several elections, including three straight election cycles from 2000 through 2004.

Things weren’t always easy for Winningham in Scott County, politically speaking. In 1998, when he faced opposition from Republican William Cooper III, Winningham won every county in the 38th District except one: his home county, Scott, where he was narrowly out-polled by Cooper, 1,854 to 1835.

However, that was an exception to the rule. Two years later, when Winningham was without opposition on the ballot, he received more complimentary votes in Scott County — 3,909 — than in any other county in the 38th District. That trend continued every election cycle through the 2008 election. The only time he faced opposition during that span was in 2006, when he was challenged by independent candidate Champ E. Langford. He easily won re-election that year, 11,113 to 4,892. Once again, Scott County was Winningham’s strongest county; he received 78% of the vote in Scott County that year, winning by a wider margin than in any other county in the district.

While Winningham was a staunch Democrat, his success in a heavily conservative district was largely due to his stances on the issues. He earned a positive rating from the Tennessee Right to Life Coalition, and was endorsed by the National Rifle Association. He consistently voted in favor of gun rights legislation, including a string of hot-button gun bills that passed through the General Assembly during his last term in office. He voted to eliminate the thumbprint requirement for gun purchases, to allow loaded rifles in vehicles, and to allow guns in restaurants that serve alcohol. After Democrat Gov. Phil Bredesen vetoed the so-called “guns-in-bars” bill, Winningham was one of 15 Democrats that voted to override the governor’s veto.

Winningham’s exit from politics came in 2010, when he was defeated by Byrdstown insurance agent Kelly Keisling. Keisling was one of 14 Republicans who defeated incumbent Democrats that year as part of a Republican wave that saw the GOP gain control of both legislative chambers and the governor’s office for the first time since Reconstruction. The wave of Republican victories was somewhat unexpected, even in a red state, but was attributed to voter backlash against the policies of President Barack Obama, who had pushed the so-called “Obamacare” health care act and several other pieces of controversial legislation.

Winningham was far from alone as a casualty of that election cycle; Clinton Democrat Jim Hackworth, another veteran of the House of Representatives, was also defeated in an upset. Mike Turner, a prominent Democrat from Nashville who was the chief of the House Democrats at the time, said he was “totally stunned” by the defeat of Winningham and Hackworth.

Keisling, who won Scott County in 2010, continues to represent the 38th District and is without opposition in this year’s election.

Perhaps one of the most notable achievements of Winningham’s tenure in the state legislature, from a local standpoint, was a string of highway improvement projects through Scott County. During Winningham’s quarter-century in office, U.S. Hwy. 27 was widened from two lanes to five lanes from New River to Oneida, and S.R. 63 was rebuilt from its intersection with U.S. 27 to Huntsville proper, widened to five lanes in the process.

Winningham was married to the late Peggy Winningham, who died in 2009. He has five daughters: Carrie, Allison, Shannon, Jennifer and Sarah. His youngest daughter is a current candidate for general sessions judge in Knox County.

The Winninghams were long-time members of the Presbyterian church in Huntsville.