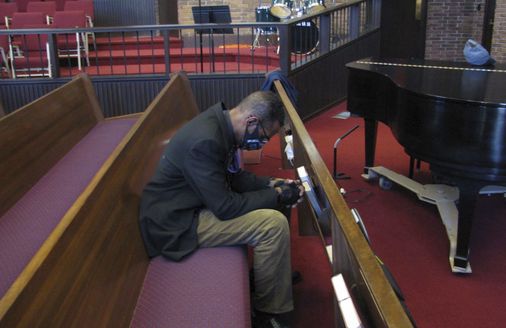 When you’ve been starving for years, even a morsel can seem like a feast.

That’s been the general reaction to news of bipartisan framework legislation for gun reform in response to mass shootings, especially those last month in a Buffalo supermarket and an elementary school in Uvalde, Texas.

“Today, we are announcing a common-sense, bipartisan proposal to protect America’s children, keep our schools safe, and reduce the threat of violence across our country,” 20 Senate Democrats and Republicans led by Democratic Senator Chris Murphy of Connecticut and Republican Senator John Cornyn of Texas said Sunday in a joint statement. “Families are scared, and it is our duty to come together and get something done that will help restore their sense of safety and security in their communities.”

Common sense would mean a restoration of the assault weapons ban that expired in 2004, but that’s way off the table. Nor does the proposal address ties between mass shootings fueled by white supremacist extremism such as the targeted killing of 10 Black people in Buffalo.

What it proposes is funding for mental health; more rigorous background checks for people between the ages of 18 and 21 seeking to buy AR-15 style rifles; funding to states for red flag laws that temporarily restrict gun access to those considered dangerous; beefing up school security measures; and requiring those “in the business of selling firearms” to register as federally licensed firearms dealers.

The most significant move would be closing the “boyfriend loophole,” which would hold dating partners to the same gun ban imposed on spouses and live-in partners convicted of domestic abuse. To secure reauthorization of the Violence Against Women Act, Democrats had to drop that provision in order to garner enough GOP support to pass in the Senate. Now Republicans who claim to support the new legislation are backing a measure they saw as a threat to Second Amendment rights just four months ago.

Actions that could have an immediate impact — like universal background checks supported by most Americans or raising the age for AR-15-style rifle purchases from 18 to 21 — have been left out. Rather than walk away again empty-handed, Democrats have acquiesced to GOP obstinance. Yet in a nation that has already suffered more mass shootings than days in the year, we’re being asked to settle for very meager steps.

Don’t believe for a second that Republicans were suddenly moved to action by the shattering news that some of the 19 children in Uvalde were so badly disfigured by a man with an AR-15 style rifle that they could only be identified by their DNA or clothing. From the Sandy Hook massacre in 2012 to a mass shooting at a Las Vegas country music festival in 2017 that killed 60 people to the daily drone of gun killings and suicides, they’ve seen it all before and and have done nothing, as if the power to protect lives was beyond their purview.

What Republicans are doing now is deflating a Democratic talking point as the midterms draw near. They will hammer President Biden on inflation and gas prices — things over which he has limited control — while doing just barely enough to stave off charges that the GOP’s slavish devotion to the NRA and gun manufacturers is costing American lives.

“The principles they announced today show the value of dialogue and cooperation,” said Mitch McConnell, the Senate minority leader. “I continue to hope their discussions yield a bipartisan product that makes significant headway on key issues like mental health and school safety, respects the Second Amendment, earns broad support in the Senate, and makes a difference for our country.”

McConnell doesn’t value dialogue, cooperation, or bipartisanship. What motivates him is the power he will wield if Republicans retake the Senate in November. He can’t afford another Buffalo- or Uvalde-style attack if Republicans again stand in the way of addressing gun violence. He doesn’t want to give Democrats an issue that could tilt the Senate’s delicate balance further away from Republicans.

At a House committee hearing last week with relatives of those wounded or killed in recent mass shootings, Kimberly Rubio, whose 10-year-old daughter Lexi was killed in Uvalde, told lawmakers, “Somewhere out there, there is a mom listening to our testimony thinking, ‘I can’t even imagine their pain,’ not knowing that our reality will someday be hers. Unless we act now.”

While admitting the proposed reform legislation “does not do everything that I think is needed,” Biden said “it reflects important steps in the right direction, and would be the most significant gun safety legislation to pass Congress in decades.”

That’s true, but it hardly feels like this is worthy of a decades’ long wait that has devastated so many communities. Republicans are offering the bare minimum. It’s reputation reform disguised as gun reform. Something may be better than nothing, but when we settle for less, less is all we’ll get. And the morsels being offered — if the bill even makes it to Biden’s desk — won’t save enough families from the tumultuous grief that fills spaces once occupied by loved ones lost to gutless Republicans and guns.