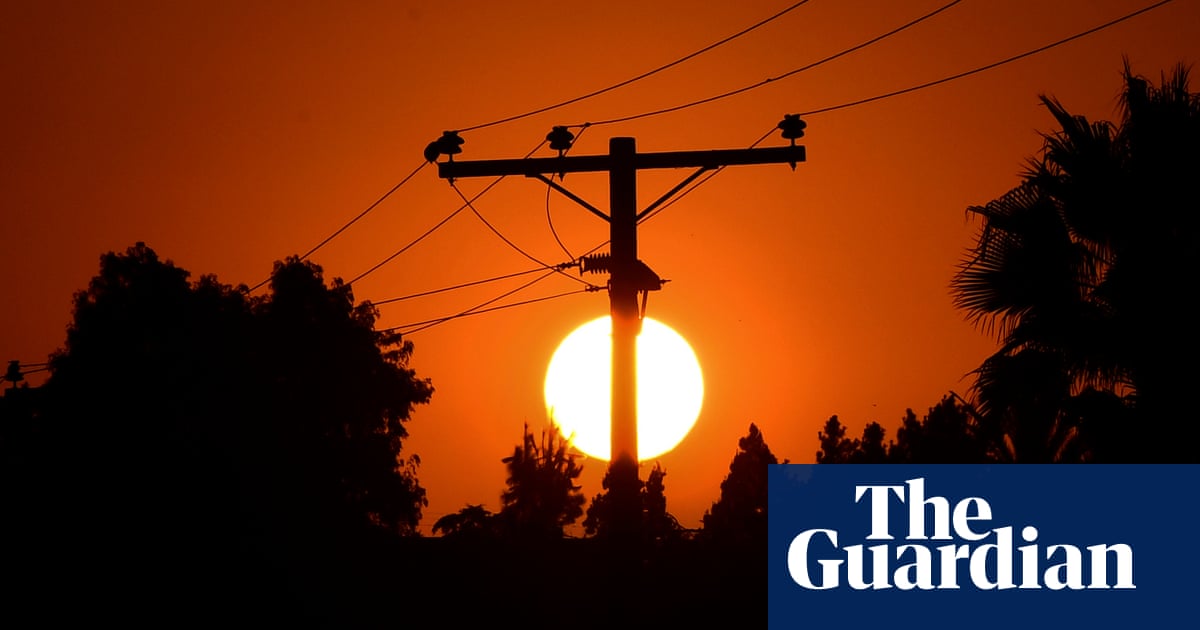 Heatwave expected to stretch from Gulf coast to Carolinas, reaching 100F in some cities. Plus, the 67-year-old crowd surfer

More than 100 million Americans have been advised to stay indoors as high temperatures and humidity settle over states from the Gulf coast up to the Great Lakes and east to the Carolinas.

The national weather service prediction center in Maryland said on Monday 107.5 million people would be affected by heat advisories as well as excessive heat warnings and watches on Wednesday.

The heatwave, which set high temperature records in the west, south-west and Denver at the weekend, moved east to the Gulf coast and midwest on Monday and would extend to the Great Lakes and Carolinas, the service said.

Meanwhile, wildfires north of Flagstaff in Arizona expanded this week, with officials estimating more than 24,000 acres (9,700 hectares) had been blackened yesterday. In Yellowstone more than 10,000 visitors were ordered out of the country’s oldest national park after unprecedented flooding.

The Brazilian ambassador to the UK has apologised to the family of Dom Phillips for incorrectly telling them his body had been found in the Amazon along with that of his travelling partner, Bruno Pereira.

On Monday morning an embassy official called Phillips’s brother-in-law and sister to inform them the bodies of the British journalist and Brazilian Indigenous expert had been found tied to a tree, one week after the pair vanished on the Itaquaí River.

This information was later denied by the federal police, whose teams of forensic scientists have been examining an area where Indigenous volunteer searchers found items belonging to the two missing men on Saturday afternoon.

The ambassador, Fred Arruda, wrote to the Phillips family to retract the embassy statement, yesterday.

Marchant says he ran for secretary of state after being encouraged by Juan O Savin, a prominent QAnon influencer. After losing a congressional bid by more than 16,000 votes in 2020, Marchant claimed he was the victim of fraud but failed to produce any evidence of it in a lawsuit seeking to overturn the result.

He has told voters their voice has not mattered for decades because Nevada’s leaders have “been installed by the deep state cabal”.

After Joe Biden won the state in 2020, Marchant supported sending an alternate pro-Trump slate of electors to Congress. He said in January he would be prepared to do the same in 2024.

Stat of the day: More than 20 million farm animals die on way to abattoir in US every year

Tens of millions of farm animals in the US are dying before they can be slaughtered, according to a Guardian investigation that exposes the deadly conditions under which animals are transported around the country. Approximately 20 million chickens, 330,000 pigs and 166,000 cattle are dead on arrival, or soon after, at abattoirs every year, analysis of publicly available data shows. The figures reveal the toll of heat stress, cold and trauma caused by an increase in long-distance and more frequent journeys.

Don’t miss this: The duo who pranked Trump, Cruz and the NRA

They have told Donald Trump he’s boring, obtained Dr Ben Carson’s signature to authorize a marijuna prescription and attempted an exorcism on Ted Cruz, writes Matthew Cantor. Jason Selvig and Davram Stiefler, AKA the Good Liars, have been working together since the era of Occupy Wall Street. Interviewing rightwing activists and slipping undercover into political rallies, their brand of satire exists somewhere between The Daily Show’s correspondent segments and the character-driven comedy of Sacha Baron Cohen.

… or this: BTS members announce ‘hiatus’ to pursue solo careers

The seven “exhausted” members of the K-pop supergroup BTS have announced they are taking time out to focus on their solo careers. The globally popular artists, who are credited with generating billions of dollars for the South Korean economy, dropped the bombshell during their streamed annual dinner last night, marking their anniversary as a group. “We’re going into a hiatus now,” said Suga, 29, about 20 minutes into the event, which was posted on the group’s official YouTube channel.

Data has revealed extraordinary rates of global heating in the Arctic, up to seven times faster than the global average. The phenomenon is occurring in the northern Barents Sea, where fast-rising temperatures are suspected of triggering an increase in extreme weather in North America, Europe and Asia. The researchers said the heating in this region was an early warning of what could happen across the rest of the Arctic.

A 67-year-old first-time crowd surfer has been hailed as a rock’n’roll inspiration after being carried to the front of the audience at a concert in the UK. The Killers halted their show at the weekend after their frontman, Brandon Flowers, noticed a white-haired man being carried over the security barriers. It turned out to be Doug James, a former play worker and marine engineer, who was at the gig with his son. In an interview with BBC Radio 5 Live, he said he was trying new experiences later in life. “I want to do things I’ve not done. I was just enjoying the moment,” he added.