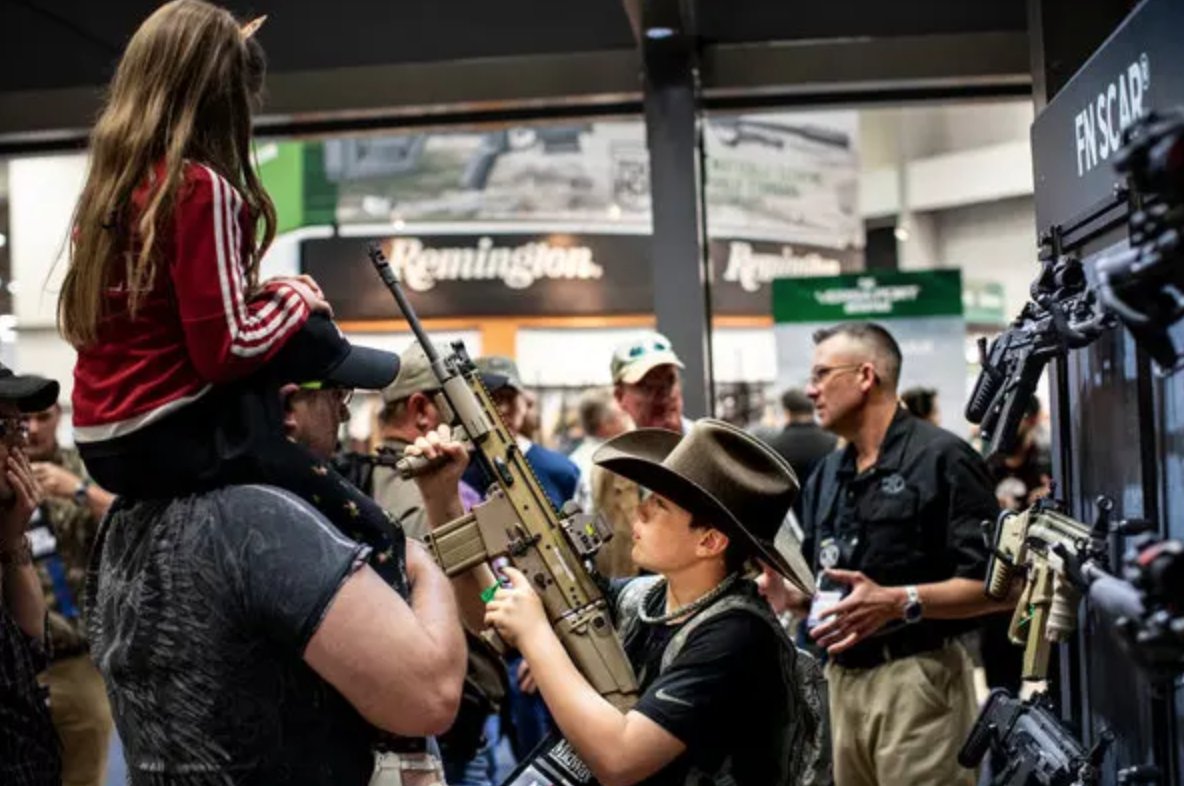 The mass murders in Uvalde, Texas, and Buffalo, New York, were the culmination of decades of lobbying and deceptive marketing perpetrated by the gun industry. Because of their lies, more Americans have died from gun violence — including suicides and accidents — since 1975 than in all of the wars in U.S. history.

The most pervasive lie is that guns are a good means of protection. But, compared to people without firearm access, those with access to firearms are about twice as likely to die in homicides, and three times as likely to die by suicide. If guns really provided protection, our nation, which is home to more guns than people, would have lower homicide and suicide rates.

It’s important to point out that no major gun violence prevention organization advocates preventing law-abiding citizens from being able to buy guns.

A second lie is the fundamentalist view of the Second Amendment that claims any type of gun regulation to be unconstitutional. The U.S. Supreme Court’s 2008 District of Columbia v. Heller decision overturned 70 years of precedent to declare that there is an individual right to keep a handgun in the home for self-defense. But Justice Antonin Scalia’s majority opinion noted that the Second Amendment is “not a right to keep and carry any weapon whatsoever in any manner whatsoever and for whatever purpose.”

When the NRA challenged dozens of gun laws in court, the laws were overwhelmingly upheld.

It’s important to point out that no major gun violence prevention organization advocates preventing law-abiding citizens from being able to buy guns. The idea of jack-booted agents going from door to door to confiscate guns is a paranoid fantasy — and a third lie — spread by the gun lobby.

The fourth lie is hiding the extreme lethality of military-style assault weapons by marketing them as “modern sporting rifles.” But, as Ryan Busse, a gun industry executive who turned whistleblower, points out in his book, Gunfight: My Battle Against the Industry that Radicalized America, military-style assault weapons were designed to kill many people quickly, not hunting or, say, skeet shooting.

And, despite or because of their deadly power, assault rifles are marketed on gun company websites as bold, patriotic and masculine. This fifth lie — that buying an assault rifle is essential to being a full-blooded American man — is being aimed at a young male market through interactive games, social media and YouTube videos.

Meanwhile, according to The New York Times, “Six of the nine deadliest mass shootings in the United States since 2018 were by people who were 21 or younger, representing a shift for mass casualty shootings, which before 2000 were most often initiated by men in their mid-20s, 30s and 40s.” The two mass shooters in Buffalo and in Uvalde both legally bought assault weapons right after turning 18.

A sixth lie is that gun control laws that keep dangerous weapons out of the hands of dangerous people would deprive Americans of freedom. But background checks that prevent convicted felons, domestic abusers, and people struggling with potentially dangerous mental health complications from obtaining firearms do not deprive law-abiding Americans of their freedoms. Right now, an estimated 22 percent of gun sales are made with no background check, and that number may be increasing due to the availability of “ghost guns,” untraceable guns assembled from kits.

Underlying all of these lies is the sheer greed of the gun industry. Its goal is to increase profits by getting guns into as many hands as possible, regardless of how this impacts the public at large.

More than 45,000 Americans were killed with guns in 2020, according to the most recent CDC data, and estimates indicate that the number worsened in 2021 and will continue to swell this summer. As of June 6, 2022, there have been 242 mass shootings this year alone.

The Republican Party has increasingly become unpatriotic and pro-death, and Americans who want to protect their families should remember how they were lied to when they vote in the next election.

This column was produced for Progressive Perspectives, which is run by The Progressive magazine, and distributed by Tribune News Service.