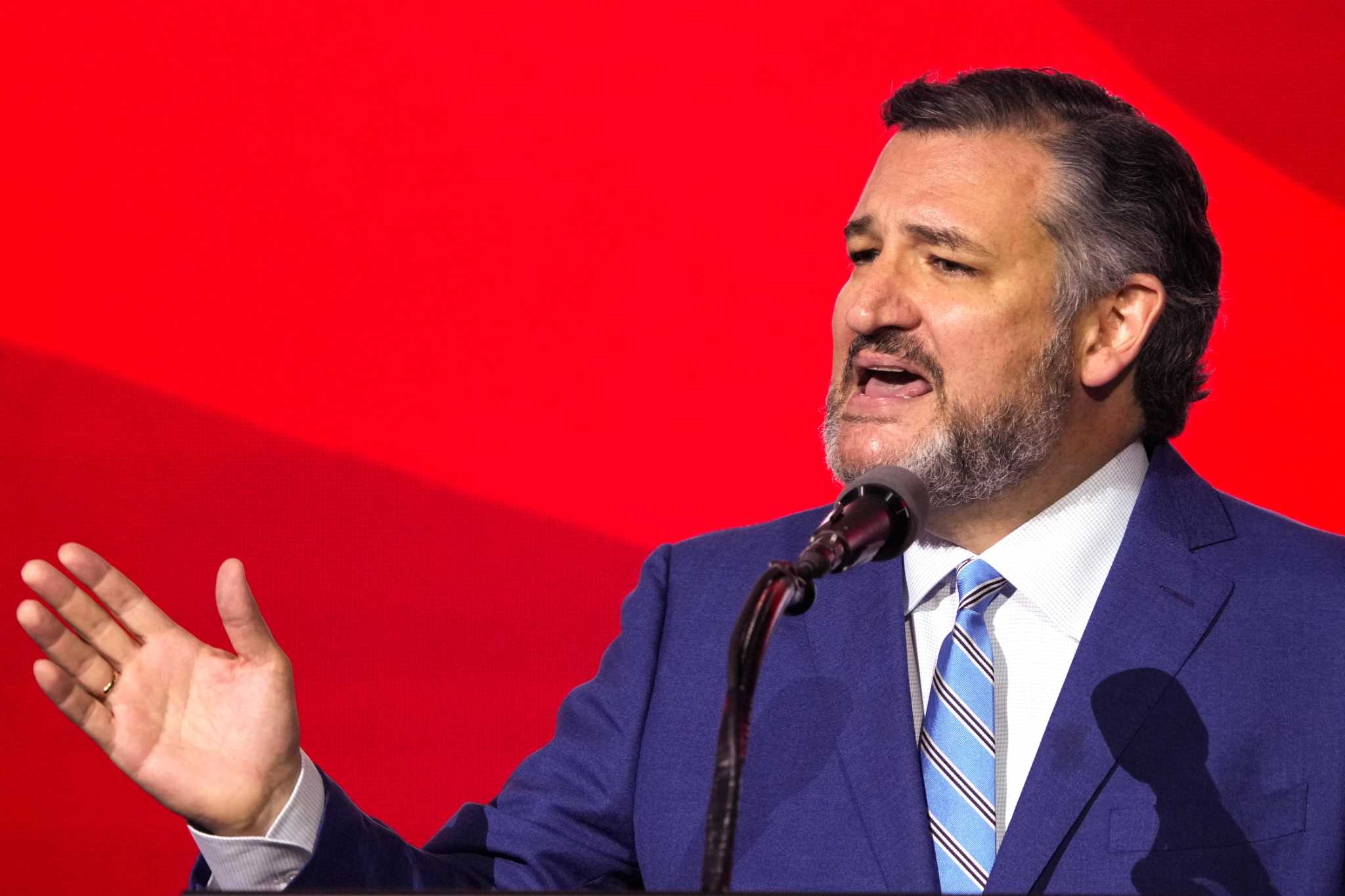 A Houston progressive group member confronted Ted Cruz at a restaurant about the Uvalde shooter’s age and gun access before being escorted out by the senator’s security.

“So, if you look at the laws the Democrats are passing, they wouldn’t stop a mass murderer,” Cruz responded.

“This shooter waited till the day he turned 18, why is it so hard to support stronger gun laws in this country?” Hernandez said. “You need to make it harder to get guns in this country.”

“My bill would have stopped the violence,” Cruz can be heard saying as Hernandez was escorted out of the restaurant.

Earlier in the day, during his appearance at the NRA convention, Cruz said of gun control advocates: “Their resources are limitless. Their megaphone is enormous. And their voice can be deafening.

“Many of these same people make their accusations from behind great bulwarks of safety. From gated communities equipped with private security or at the very least from safe and expensive neighborhoods protected by high home prices and low crime rates.

“Such people can afford an indulgent ideology that ignores reality. As is so often the case, those furthest from the halls of power are the most dependent on the ability to defend themselves.

For millions of Americans, the right to bear arms is not theoretical. It is not abstract. For a single mom in a dangerous neighborhood, it is a matter of basic security.”

Taking guns away from responsible, law-abiding Americans will not make our nation more secure. #NRAconvention pic.twitter.com/nCiBs9jC7V