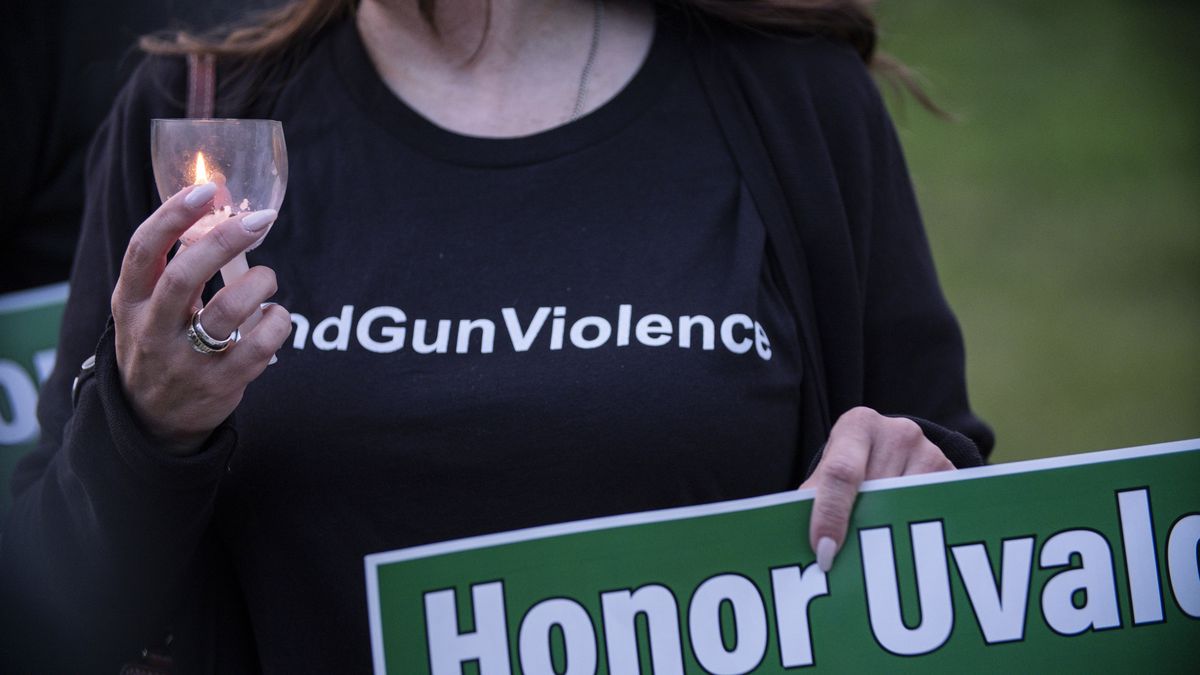 ‘Progress is possible’ on gun control legislation, some lawmakers say | May 30

My brother, a lawyer, made a suggestion that might cut down on gun violence: Pass a federal law requiring liability insurance on all firearms from the point of manufacturer just as they do on automobiles. No firearm could be sold without the buyer having liability insurance on it. Anyone who gets shot (or their survivors) could demand the serial number of the weapon and put in a claim. This would be worth billions to the insurance industry. They would no doubt be happy to set this up. The NRA would probably object but who would you bet on? The NRA or the insurance industry?

This would provide some relief to crime victims and give the police another weapon in the war on crime. A farmer in Montana with two shotguns in a gun safe would pay minimum premiums. A career criminal or even an angry, unstable citizen would find it a lot harder, if not impossible, to acquire a firearm.

After Uvalde, we should agree on these 3 things to stem gun violence against kids | Column, June 2

Politicians and civic leaders are calling for “something must be done” to reduce gun violence in this country. The late Supreme Court Justice Antonin Scalia in his landmark Heller opinion to affirm the constitutional right to bear arms also reinforced the need for regulations to provide for safety. We have the process already in place. Owning and operating a firearm should be just like owning and operating a motor vehicle. Operators should be licensed after passing a minimum requirements test. Firearms must be registered. Passive and active safety mechanisms need to be installed. Liability and injury insurance should be required. The oft-repeated argument that any new regulation will result in “guns being taken away” is nor more valid than “your car will be taken away.”

The analogy of the killer car

Don’t punish the law-abiding | Letter, May 24

A letter writer explains gun control as when one person intentionally kills a person with a car, and then the government wants to take all the cars away. This is not a proper analogy. A closer analogy would be if the car used by the perpetrator was one that was specifically designed to kill a large number of people on the road, and designed to do so faster than any other car on the road, and this particular car is marketed to people who fantasize about killing large numbers of people very quickly, and comes with additional accessories that enable it to continually kill a large number of people without stopping for gas, and those that own this car, own it specifically for that purpose. What most of us who are sane want, is to just ban that particular car all together. You can still keep your sport utility vehicles, luxury vehicles, compact vehicles, electric vehicles and all such vehicles that are solely designed to transport people from one destination to another. Absolutely no one needs a car that is specifically designed to kill a large number of people in a matter of seconds.

Spend your days with Hayes

Columnist Stephanie Hayes will share thoughts, feelings and funny business with you every Monday.

Want a quick fix to the property tax/public school money issues? Stop giving state dollars to private school vouchers and charter schools. My parents paid their taxes and paid for four kids to parochial school. That was their choice. The defunding of traditional public education has been going on since the 1990s via voucher and charter schools programs. People were outraged about defunding the police but have tolerated the defunding of public education.

Congress should stop ignoring our climate crisis (again) | Column, May 31

I agree with the tragedy of chronic inertia in response to climate change. How do we get 8 billion people to pull at the oars? First, be hopeful. End of the world messages have been untruthful and have generated paralysis. Second, be fair. One third of the world can’t leave two-thirds behind. Third, be rich. Prosperity enhances the will and capacity to address problems that won’t be at the top of anyone’s list. Too, rich societies suffer much less from the effects of being too slow with the cure. Fourth, be open-minded. Big problems are seldom amenable to narrow and static solution sets. All the lithium mined annually on the entire planet is about enough to make around one million electric vehicles and the U.S. has one mine.

Our approach to climate change breaks all four of these rules. I do not imply timidity. To the contrary, I believe that the U.S. should commit to electrifying the world by making and exporting state-of-the-art nuclear reactors (the naysayers cite concerns associated with technologies that are two or three generations past). I also favor an international agreement on consumer neutral emission taxes, with revenue directed at research and development of new approaches (including geo-engineering which may be the best hope for worst of it, the oceans).