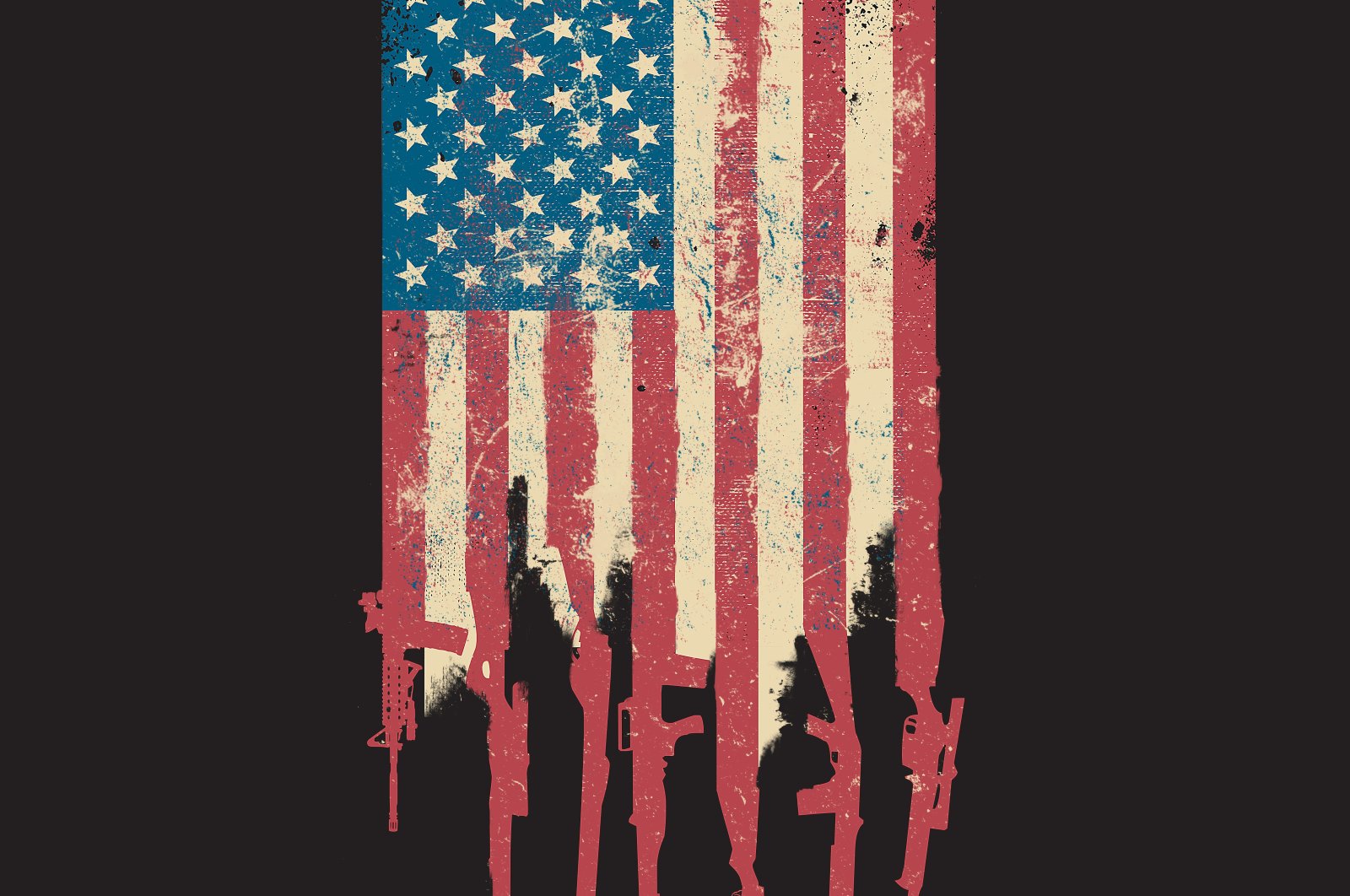 If you ask Goldie Lookin Chain, “Guns Don’t Kill People, Rappers Do.” If you ask me, the answer is neither.

Goldie Lookin Chain suggests in their song, “ask any politician and they’ll tell you it’s true; it’s a fact music makes you violent.” If the politician you select is a democrat, he or she would tell you it is not music that causes violence, it is the caliber of the gun. Anything above 9 millimeters could make the gun deadlier.

Once again, the good U.S. of A. is in the thralls of violence, the source of which is not known. Actually, it is very well known, but for political reasons it is not being discussed as all the peripheral issues are once again propounded for the sake of argument.

This politically forked tongue was too difficult to comprehend for us in the early days in our new home in America, which was besotted with guns. Despite the fact that there was a process for amending the U.S. Constitution (and they have repealed amendments in the past), the infatuation with the Second Amendment (“the right of the people to keep and bear Arms, shall not be infringed”) made them create the Bill of Rights to make it difficult to remove its legal protections.

The Daingerfield church shooting on June 22, 1980, welcomed us to our new country. The perpetrator had killed five people and wounded 10 others after they declined to be character witnesses in the trial in which he was accused of sexually abusing his daughter. On March 30, 1981, the attempted assassination of U.S. President Ronald Reagan shocked us together with the nation in our new town. In our first decade in the U.S., we had to endure 20 mass shootings in which 321 people were killed. In a country you now call home, schools, churches, subway stations, McDonald’s branches and banks were turning into the grounds of massacres by 14 year-olds, schizophrenics, graduate students, high school students, robbers, former or current army officers, policemen, foreign nationals, just two minutes after you passed by (the CIA headquarters shooting in 1993) … it was all too much to tolerate. Coming from a society where people are perhaps too concerned with others to be able to see personal problems before becoming reasons for such calamities, we could not understand how the three men’s families could not see that they were about to rob a bakery and kill the shopkeeper and a mother and her two kids out buying bread. The families were there for their troubled members before they went on killing sprees. They would know if one of their family members was about to shoot and kill their mother, brother, sister-in-law and eight nieces and nephews on an Easter Sunday.

For us, for two people from Anatolia, that conclusion of “loneness” could not be accepted; Society, the neighbors and your family should stake a claim on you. Not only families, but also schools, the boy and girl scout groups, church groups and similar gatherings would know if any of their members began thinking that that group had souls to be saved; before he began saving them through death, his friends would reach out and save him first, taking him to the community hospital. Yes, my wife and I were seeing that almost all the nation knew what was needed; the study groups were recommending – after the fact – what everybody thought should have been done – before the fact. But the public discourse was stuck on one issue: how guns could be controlled. They can’t unless you “infringe the right of the people to keep and bear Arms.”

Consequently, the mass violence from the mob attack on African American residents in 1920 to the Robb Elementary School shooting in Uvalde on May 24, 2022, have taken place. Following 12 mass shootings, the politicians were yet again hotly debating the issue. The Democrats’ position vis-a-vis firearms is again concentrated on the firepower that those guns should have; and the Republicans, as usual, oppose any ban. Charlton Heston, actor and then-president of the National Rifle Association, ended his speech at the NRA convention in Charlotte, North Carolina on May 20, 2000, by saying “I’ll give you my gun when you pry it from my cold, dead hands.”

“So, I want to say those fighting words for everyone within the sound of my voice to hear and to heed, and especially for you, Mr. Gore: From my cold, dead hands…”

It is such a divisive issue yet the general unfriendliness and hostile arguments between the “no guns” and “come and get it” groups prevent the reasonable people from getting together to discuss the crux of the actual problem: Guns don’t kill people, people kill people.

The major argument against the theory that gun control would save lives is that although two-thirds of all homicides are committed with firearms, firearms controls would have no effect on homicide rates because, “human nature being what it is,” homicides would continue regardless. This seems the only way out from both camps’ all-or-nothing attitude, but it cannot be discussed in mainstream America today.

This polarization seems to be the most important factor making both sides stick to their guns (no pun intended). Whenever there is a new shameful massacre in America, the Grand Old Party becomes more pro-gun; and the Democrats lower their tolerance of firearms. President Biden recently lowered the limit of permissible handguns to less than 9-mm. Mr. Biden said the Second Amendment is “not absolute” in his call to reinstate the assault weapons ban.

Of course, no human construct is absolute; law or institution, every human origination is far from being a final solution. But the polarization in the U.S. Congress is so intense that the divergence between the two parties would not allow them to sit down and sanely discuss the issue. It did not since 1945 and it never will. It is true that firearms make some attacks possible that simply could not occur without them. They also permit attackers to physically harm more people; the targeted people are psychologically unable to oppose the attacker.

But manly scholars find discussing the issue from the attacker’s point-of-view confining: people should not be allowed to become aggressors in the first place; and if they have a tendency to assail, it should be detected before they act to arm themselves. The present free-pass society in the U.S. is so uncontrollable that anyone who wishes to obtain an assault weapon can do so undetected. Study after study has shown that the policy of minimum governmental interference in economic affairs would benefit the laissez-faire situation in legal and underground commerce.

America has a gun culture unmatched by any other nation. Yet, the U.S. gun control regulations are as strict as several other countries, if not stricter. There are many nations without gun controls as strict as the U.S. that do not have the same death rates as the U.S.

A 2016 study published in the American Journal of Public Health found there was a strong relationship between higher levels of gun ownership in a state and higher firearm suicide rates, for both men and women. This statistic is so often cited to show that society should devote more resources to mental health. Canada and Australia have easy access to firearms as the U.S., but their gun-related killings are less than one-third of the U.S.

Perhaps Goldie Lookin Chain were right when they said:

“So remember kids from the head double tap,