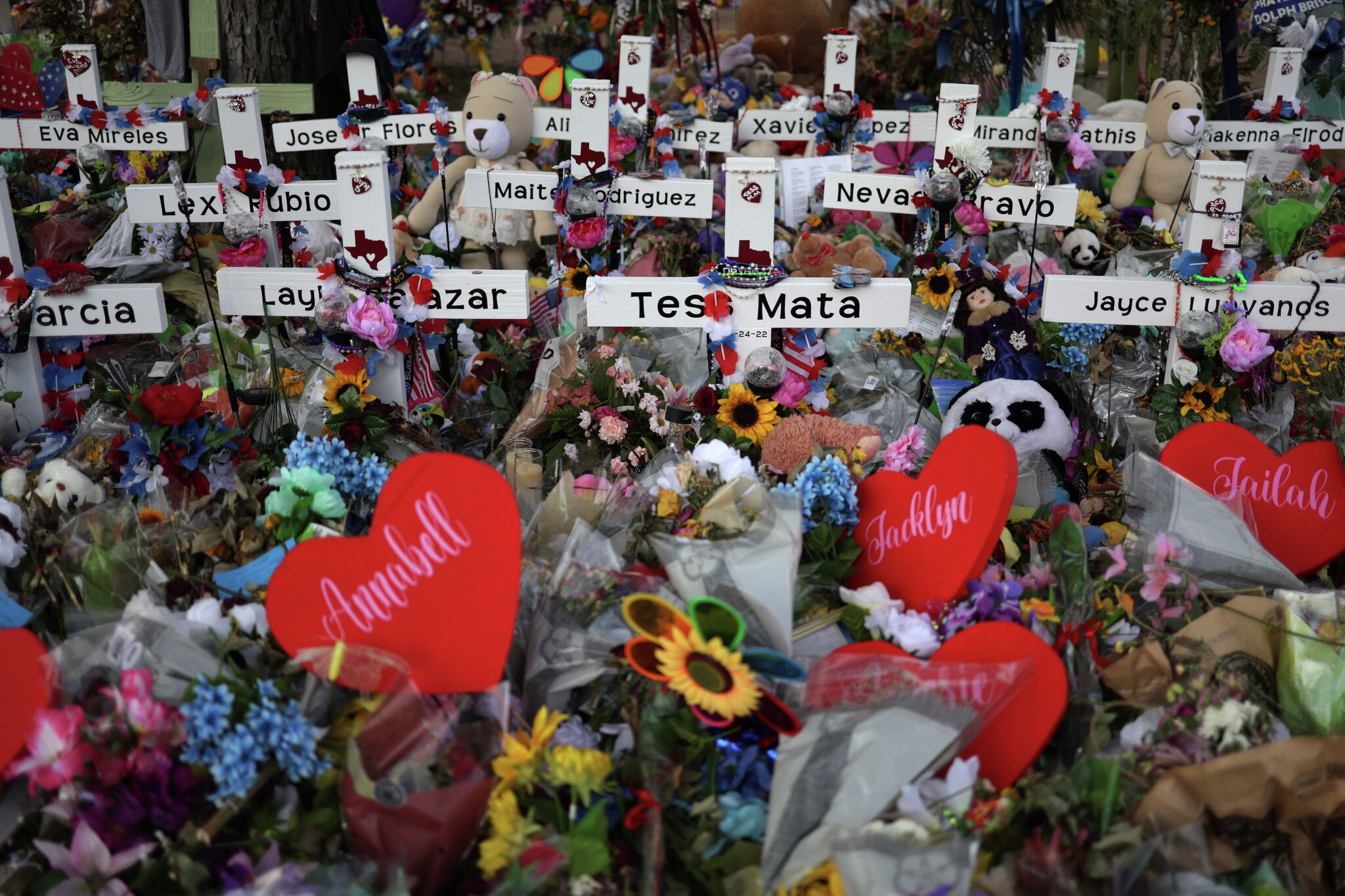 In 2012, after the massacre of 20 children and six adults at Sandy Hook Elementary School in Newtown, Conn., Wayne LaPierre, the executive vice president of the National Rifle Association, declared, “The only thing that stops a bad guy with a gun is a good guy with a gun.”

The notion was hardly new in American culture, but the pithy soundbite went viral in our nation’s already contaminated gun debate. All we need, in the NRA’s mythos, is enough well-intentioned people with guns – enough John Waynes, enough Charles Bronsons, enough Rambos, enough Equalizers — to stop killers in their tracks. Other than a handful of episodes that the gun industry and its shills try to hold up as proof of Mr. LaPierre’s mantra, it’s largely a fiction.

We saw how fictitious it is in the May 14 mass shooting at Tops Friendly Markets in Buffalo, where a retired police officer and security guard for the store confronted the gunman. Heroic, yes — but futile, too: His shots failed to penetrate the gunman’s armored vest. The gunman fired back, killing the armed guard. Nine more victims were slain.

We saw it again in Uvalde, Texas, in the May 24 massacre at Robb Elementary School, where police retreated under fire from a lone gunman armed with an assault rifle, and didn’t enter the classroom for over an hour. Yes, the shooter was finally killed by a Border Patrol Tactical Unit officer, but not before the gunman shot 19 students and two teachers to death.

The idea that good intentions and a gun will somehow level the killing field is flawed in a society with such easy access to assault weapons, high-capacity magazines, body armor, and other equipment originally designed for military or law enforcement use. These weapons and accouterments of war — popularized and heavily marketed by gun manufacturers after Congress allowed an assault weapons ban to expire in 2004 — should have no place in general commercial circulation.

Credit New York state lawmakers and the last two governors, at least, for recognizing this. After Sandy Hook, lawmakers and Gov. Andrew Cuomo ushered into law the Secure Ammunition and Firearm Enforcement (SAFE) Act, which banned certain assault weapons and included measures to keep guns out of the hands of dangerously mentally ill people. And now, in the wake of the tragedies in Buffalo, Uvalde and elsewhere, lawmakers and Gov. Kathy Hochul have moved to restrict the sale of body armor, require permits for semi-automatic rifles, raise the age for purchasing such weapons to 21, and penalize possession of large-capacity ammunition feeding mechanisms, among other things.

The legislation admittedly has its shortcomings, just as the SAFE Act did. The SAFE Act included a requirement that ammunition sellers run a background check on buyers and keep a record of sales, but only after the superintendent of the State Police certifies that a database for the process is operational. That hasn’t happened.

Likewise, the latest legislation calls for guns sold in New York to be equipped for microstamping — the process of imprinting a unique microscopic code on ammunition cartridge casings when fired — but only when the state Division of Criminal Justice Services certifies the viability of the technology. If the State Police’s foot-dragging on the ammunition program — abetted by Mr. Cuomo — is any indication, that could take years. And legislators and Ms. Hochul might have first looked at the experience in California, which has had a microstamping law on the books since 2007, but has been working to refine it in the face of gun industry tactics to exploit loopholes in the law. In any case, they should now make sure DCJS prioritizes this.

Ultimately, though, New York can only do so much. The assault weapons, high capacity magazines and body armor that New York bans can be legally purchased in states with looser gun laws. And with so many guns from other states being used frequently in crimes in New York, a state microstamping requirement will likely solve few crimes, for now.

What’s needed, of course, is nationwide action by Congress of the breadth and depth of New York’s. Sadly, to believe that will happen is as absurd at this moment in time as Mr. LaPierre’s good-guy-with-a-gun fantasy.

But with lawmakers now in what appear to be earnest, bipartisan talks, the least we should expect — and demand — is what must be possible for a nation recoiling at the deaths of so many innocent people, young, old and in-between: universal background checks. A ban on high-capacity magazines. Restricted sales of body armor. A strong “red flag” law.

Not even halfway through 2022, the United States has already seen 233 mass shootings — incidents in which at least four people were killed or injured — according to data gathered by the Gun Violence Archive.

And so far this year, 21 police officers – 21 good guys with guns – have been killed by intentional gunfire, according to the Officer Down Memorial Page.

This is the reality America must confront — with thoughtful, commonsense, constitutionally sound laws and regulations that have broad support from a public brokenhearted at loss of life and frustrated by the power the gun lobby holds over our elected representatives.

To fail to act, as Congress has ultimately failed after every mass shooting since Sandy Hook, would keep our nation once again stuck in what is no longer merely a fantasy, but a nightmare.