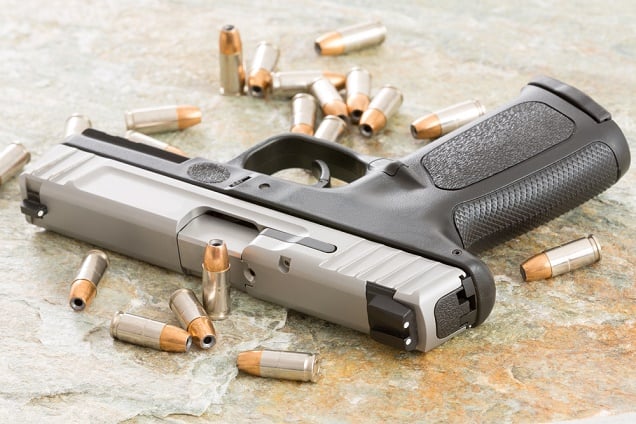 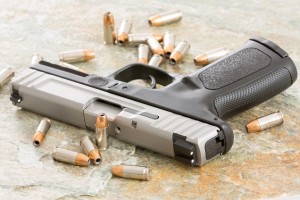 Gun control is an emotional issue on both ends of the political spectrum. And there’s nothing inherently wrong with bringing emotions to a gun fight. Indeed, if you took the feeling out of politics entirely, there wouldn’t be much left to motivate people.

That being said, emotions can also cloud your judgment. When you look objectively at which modern presidents, of which party, have actually done the most to advance gun control, I can almost guarantee most people’s intuitions are wrong.

Gun nuts were apoplectic about Barack Obama. Despite this, the only two major gun bills that Obama signed into law actually expanded gun rights. One permitted Amtrak passengers to carry guns in checked baggage, and the other allowed for the carry of firearms in national parks (a reversal of a policy from Ronald Reagan that had required guns to be stored in locked trunks or locked glove compartments while in national parks).

Obama also announced a set of executive actions aimed at better enforcing existing gun laws. Even the right-wing Cato Institute acknowledged these were largely ineffectual. Obama instituted a policy in his second term requiring the Social Security Administration to enhance the federal firearms background check system with information concerning people who received Social Security benefits for mental illnesses. Including this mental illness information in gun purchase background checks would have affected about 75,000 people. Donald Trump nullified this policy in 2017 before it had fully taken effect.

Trump, for his part, promulgated a new rule banning bump stocks during his time in the White House. You may recall that a bump stock is an accessory used to allow semi-automatic firearms to mimic an automatic rate of fire and that a bump stock was used by the Las Vegas shooter in 2017 to effectuate the worst mass shooting in modern American history in terms of total body count.

So far, Trump’s bump stock ban has been upheld by the courts. It also seems to have worked: since the ban, there has not been another major mass shooting reported in the U.S. in which the gunman used a bump stock.

Joe Biden, the current president, talks about the need for gun control, but also acknowledges that congressional action is required to achieve meaningful change. As measured by the number of individuals affected, Biden’s biggest achievement on gun control to date is probably his crackdown on so-called “ghost guns,” which are privately made firearms without serial numbers. ATF reports indicate that about 20,000 “ghost guns” were recovered from crime scenes across the United States in 2021.

Gun control did not take any major steps forward during the George W. Bush administration. Still, the second Bush president did voice support for several modest gun control measures, including instant background checks and voluntary trigger lock programs. Additionally, George W. Bush promised to sign an extension on the sunsetting Federal Assault Weapons Ban if it reached his desk. It never did.

Which brings us, last but not least, to Bill Clinton. Clinton’s administration was very strong on gun control. Bill Clinton signed two major pieces of gun control legislation in his first term: the Brady Bill and the 1994 Federal Assault Weapons Ban. During his second term, though, Clinton didn’t do a whole lot more on gun control, other than sign an executive order banning the importation of assault weapons. Clinton had pretty much achieved his gun control policy aims the first time around (although some of his biggest achievements had a relatively short shelf life).

So, in the past 25 years, at least if you measure it by the number of people affected, it seems clear that more federal gun control was implemented under Donald Trump than under Joe Biden, Barack Obama, George W. Bush, or late-term Bill Clinton. If you generously assume that Biden’s “ghost gun” crackdown will actually keep 20,000 “ghost guns” off the streets, and combine that with the 75,000 mentally ill people who would have theoretically been kept from purchasing guns by Obama’s most ambitious gun control measure (had it fully went into effect, which it did not), the impact of Trump’s bump stock ban would still be more than five times larger. According to the New York Times, Trump wanted to do even more gun control after mass shootings but was repeatedly talked down by advisors.

Of course, it’s easy to forget all this when Trump is up talking at the NRA convention three days after 19 kids were gunned down at their elementary school. I find it to be a useful exercise in many different contexts to ignore what people say and instead look at their actions. If you do that in this situation, despite what he might say, it sure appears that Trump actually did a lot more on gun control than any other president since first-term Clinton.

Jonathan Wolf is a civil litigator and author of Your Debt-Free JD (affiliate link). He has taught legal writing, written for a wide variety of publications, and made it both his business and his pleasure to be financially and scientifically literate. Any views he expresses are probably pure gold, but are nonetheless solely his own and should not be attributed to any organization with which he is affiliated. He wouldn’t want to share the credit anyway. He can be reached at jon_wolf@hotmail.com.