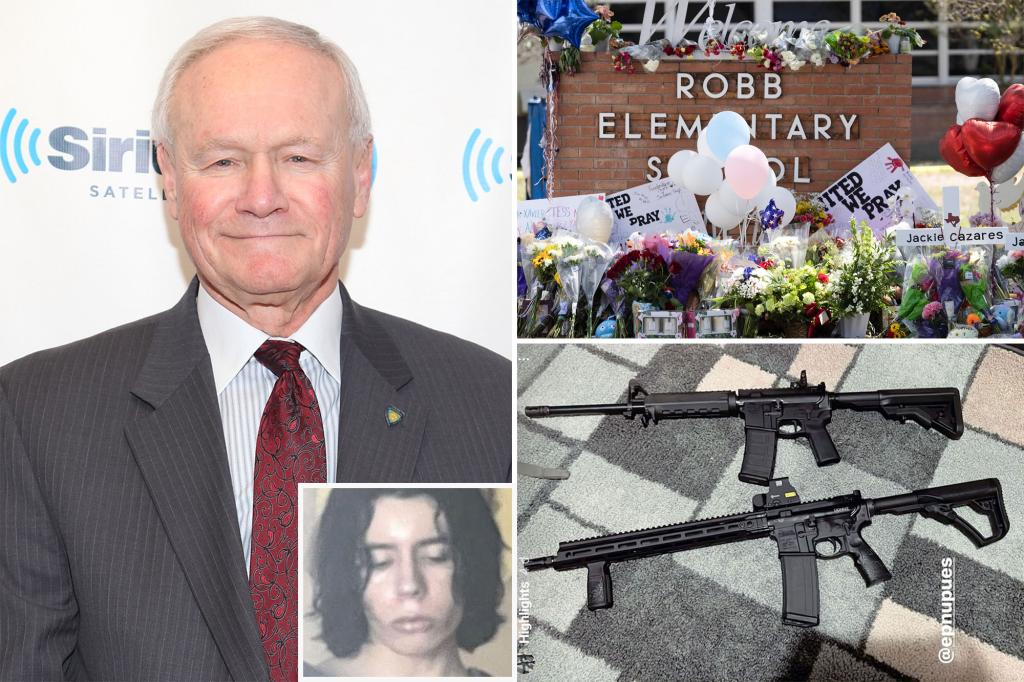 “Uvalde’s Salvador Ramos put $2,000 down, filled a voluntary form and got two legally purchased assault weapons plus 375 rounds of ammunition. That’s crazy. Mass school shootings since Columbine are mainly by 18 or younger males — with legally bought weapons of mass destruction.

“Federal firearms statute allows citizens to own machine guns. For this special license individuals must submit two photos, be fingerprinted, pay a $200 tax and have a local law enforcement agency certify they can own it. [These machine guns also must’ve been made before 1986.]

“Broken windows, jumping turnstiles, aggressive panhandling, small crime squeegee guys pretell one’s possibility to commit a larger crime. Many carried guns. My guys even arrested those who jumped subway turnstiles. No summons. Took them in, put them in our files, fingerprinted, photographed them, gave desk appearance tickets. We knew who they were.

“We deployed plainclothes units in high crime areas. Sent messages that if you commit a crime you’ll get taken in. Used computerized statistics to confirm sending resources to high crime areas. Our specially trained street crime unit did the stop, frisk, search and ask questions.

“It’s about criminals. There’s more guns here than people. Now — no bail, no jail. We did assertive policing. Seeking out criminals prevents crime. An atmosphere where criminals are afraid of police — not the public. In my time they weren’t carrying guns in the street to shoot innocent people.

“We’re not running out of jails. We’re running out of district attorneys who’ll put bad people in jails. It’s catch and release. When I was commissioner, Rikers’ population was 17,000. It’s now like 5,000. We had Mayor Rudy Giuliani and great DA Robert Morgenthau. Took us years to get things right in New York — then de Blasio comes and ruins it. It’s the atmosphere. Bad guys aren’t prosecuted.“

“Assault weapons — being semi-automatic — no special license is required. Why not reclassify them with the same requirements as machine guns? Not a ban — just a responsibility.

“The National Firearms Act says citizens can own a machine gun. But law says you must get fingerprinted, photographed, vetted by a police organization and pay a $200 tax. Why not assign assault weapons to that same category? They’re not because they’re semi-automatic instead of full automatic like machine guns — but just as dangerous.

“The NRA will oppose this or anything that requires gun owners to be responsible for their actions. But it is time for politicians to regulate a weapon that — with no legitimate sporting purpose — is designed only to kill people.

“If the midterms turn around — who controls Congress — we could see a turn to the center, to the right, and law and order people elected again. This commissioner doesn’t have the resources — nor the absolute backing of the new mayor — so it’s not going to happen.”