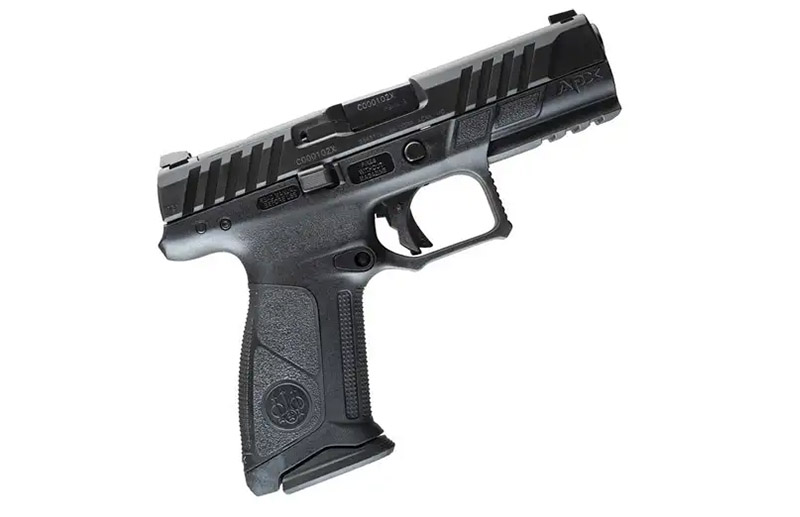 Beretta has just announced the APX A1 FS pistol, a new full-size installment in the APX family.

Beretta’s APX family of handguns are polymer-framed, striker-fired pistols that are primarily chambered for 9mm. The original models were offered in three different sizes, but by modern handgun standards, they’ve begun to lag behind the pack in terms of features. This is why in 2021 Beretta released an upgraded version of the APX Carry that they called the APX A1 Carry, adding features like an optics-ready slide and improved ergonomics. Now, Beretta has announced that they’ve given the same treatment to the full-size APX model with the release of the APX A1 FS. The most substantial addition to the APX A1 FS is obviously the optics-ready slide, a feature that’s almost become a necessity for modern handguns. The slide is milled to accept one of four Beretta optic plates that allow the mounting of Shield, Burris, C-More, Holosun K Series and other compatible micro red dot sights. If putting optics on pistols isn’t your thing, the APX A1 FS also comes with a tritium front sight with a white outline for improved irons shooting both day and night. The next big improvement has to do with ergonomics. Details of the pistol’s frame, grip, slide and trigger guard have all been modified to provide a more natural-pointing, lighter-recoiling shooting experience. The grip’s profile has been straightened, the beavertail has been extended, the slide serrations were made to be more aggressive and texturing was added to the front of the trigger guard. Like the original APX, the APX A1 FS comes with three interchangeable backstraps as well. Each Beretta APX A1 FS will include two 17-round mags (reduced capacity available for ban states), a case, three backstraps, a cleaning rod and a cable-lock. MSRP is $529 and it’s available now.