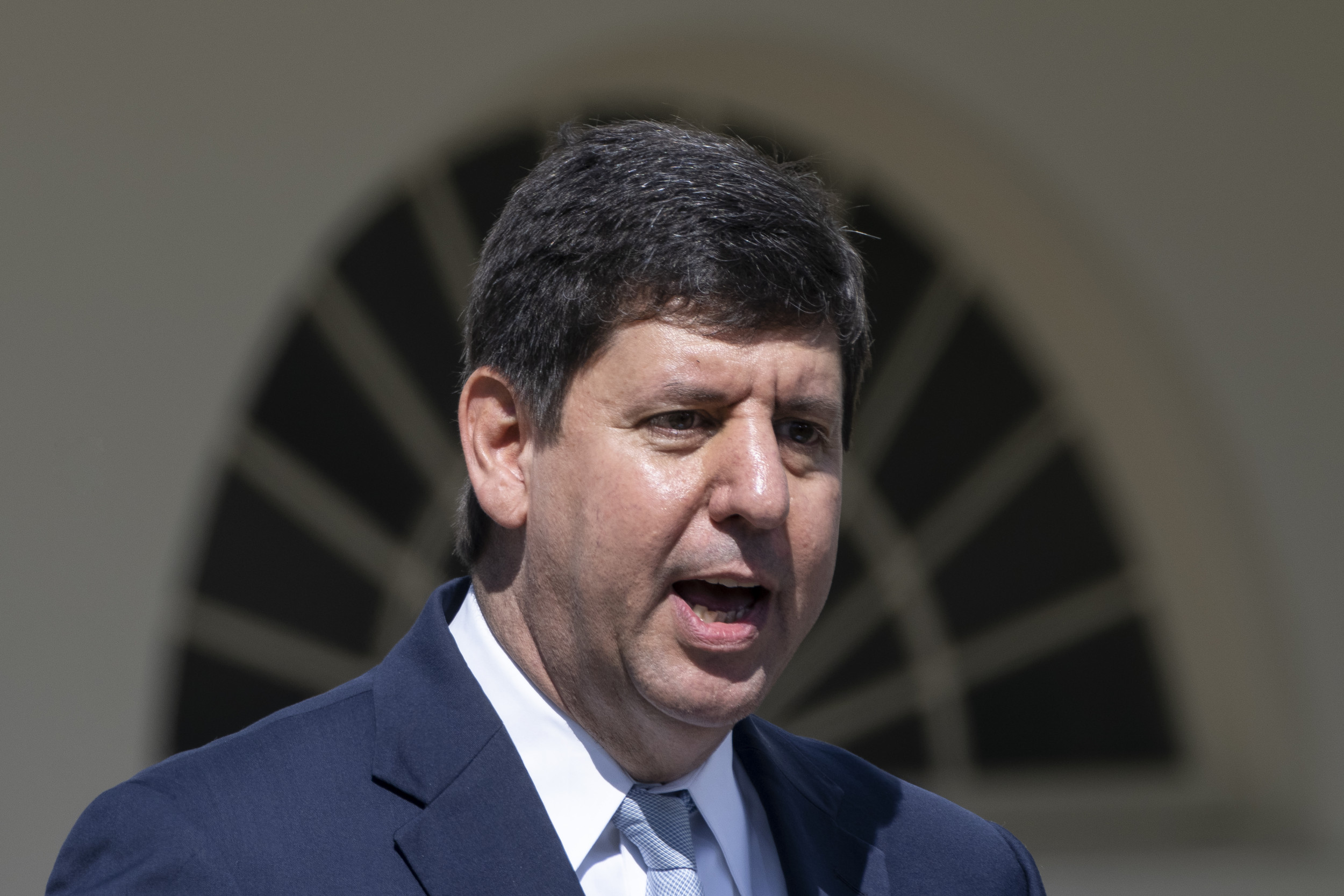 I’ve spent most of my life around guns. As an NRA-certified pistol instructor and Army Veteran, I’ve owned and used firearms for over 20 years. And as a Black father who has lost a son, I grieve with the countless families who have felt the toll that gun violence takes on our bodies and communities. I understand, more than most, how grave a threat guns are when they fall into the wrong hands.

The intersection of these experiences has taught me that, equally important to passing common sense gun safety legislation, is enforcing the laws we have on the books. Too often, illegally trafficked guns are being used in and against Black communities, tearing our families and neighborhoods apart.

After almost a decade without a permanent leader, President Joe Biden recently nominated Steve Dettelbach to be the director of the Bureau of Alcohol, Tobacco, Firearms and Explosives (ATF), the government agency tasked with regulating the gun industry and cracking down on gun trafficking. Dettelbach is an experienced prosecutor and law enforcement leader who can take on violent crime, work hand in hand with local, state and federal law enforcement and provide the agency with leadership at a time when it’s desperately needed.

Since the start of the COVID-19 pandemic, gun violence has skyrocketed. In almost every major American city, gun violence is on the rise and communities of color are bearing the brunt of it. According to the Pew Research Center, there were 45,222 total gun deaths in 2020—by far the most on record—representing a 14 percent increase from the year before and a 43 percent increase from a decade prior. And this week, new data from the CDC showed that Black men were disproportionately impacted by this surge in gun violence.

The truth is that a small number of rogue gun dealers account for the large proportion of guns recovered at crime scenes. Most guns recovered in crimes in Chicago come from outside of the city, with just 10 gun dealers accounting for almost a quarter of all successfully traced crime guns. And the “Iron Pipeline“—the corridor of I-95 used to bring guns from states with weak gun laws into states with stronger gun laws—dumps illegal guns into Black communities in cities like Baltimore and New York City. And just recently, we learned that 1.2 percent of licensed gun dealers in Pennsylvania accounted for 57 percent of the firearms that ended up in the hands of criminals.

Identifying and going after these irresponsible dealers and gun traffickers would have a huge impact on gun violence, but we need law enforcement that’s willing to do it.

Despite the ATF being the primary agency through which the executive branch enforces our gun laws and regulates the industry, it’s been nearly a decade since it has had a Senate-confirmed director. Confirming Dettelbach is crucial to ensuring the robust implementation and enforcement of gun regulations and laws, and finally leading the agency into the 21st century in its efforts to stop gun trafficking.

This is exactly why the gun lobby and their allies in Congress want the ATF to fail. They don’t want to see the industry regulated; their goal is more guns, everywhere, all the time. By attaching riders in government spending bills, they have tried to stop the ATF from using modern technology to identify gun trafficking patterns while spreading conspiracies that the ATF’s existing tools to solve crimes are actually a government plot to confiscate guns. In some cases, they want to abolish the ATF altogether, leaving rogue gun dealers to their own devices, to pursue profit with no regard for public safety.

Anyone voting against Dettelbach’s confirmation is, quite literally, voting to tie the hands of a law enforcement agency and cutting against the endorsements of the National Organization of Black Law Enforcement, Major County Sheriffs of America and a bipartisan group of former federal prosecutors.

A Senate-confirmed director is necessary to provide leadership to the thousands of ATF agents across the country and ensure the agency is taking an all-hands-on-deck approach to tackling gun violence. Bending to the pressure of the gun lobby has prevented the ATF from evolving to tackle the sources of illegal guns wreaking havoc across the country.

Dettelbach is an experienced prosecutor who played leading roles in prosecuting hate crimes and extremism cases, and understands the gravity of the job at the ATF. I support him because I know, as a responsible gun owner, his job isn’t to take away the guns of responsible gun owners, but to keep our communities safe.

Justin McFarlin is an Army combat veteran and an NRA-certified pistol instructor. He lives in Melbourne, Fla.

‘Black gun’ culture is wrong. It’s time for responsible gun owners to call it out
US Gun Control Bill: US Senate Passes ‘Bipartisan, Life-Saving’ Bill in Decades, NRA Says Legislation Will Not Stop Violence; Here’s All You Need To Know
Congress passed a bipartisan gun safety bill. Here’s how Idaho’s 4 Republicans voted
Legal expert identifies an ominous ‘tragedy’ that the Supreme Court has inflicted upon itself
Readers respond: A powerful weapon against guns