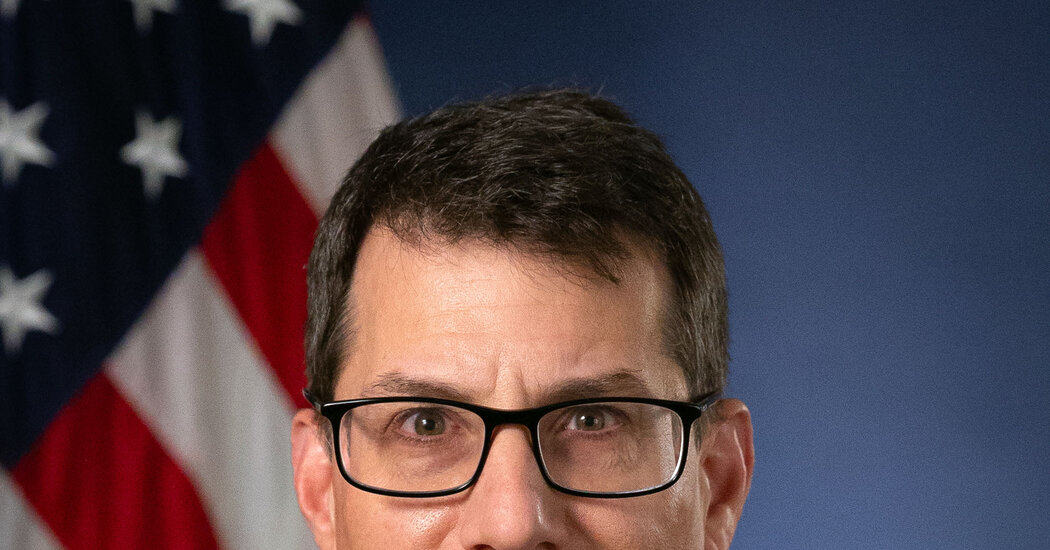 The selection of Gary M. Restaino is intended to inject a sense of urgency into the bureau until President Biden’s nominee to oversee the agency permanently is confirmed.

The Biden administration plans to pick Gary M. Restaino, the top U.S. prosecutor in Arizona, as the interim director of the Bureau of Alcohol, Tobacco, Firearms and Explosives until a permanent leader is confirmed, according to officials with knowledge of the situation.

This month, President Biden nominated Steven M. Dettelbach, who served as a federal prosecutor in Ohio under President Barack Obama, to run an embattled agency that has had only one permanent, Senate-confirmed director in the past 15 years.

The bureau’s current acting director, Marvin G. Richardson, a career official who drew criticism over an appearance in January with the head of the gun industry’s main trade group, will remain at the agency as a deputy director to advise Mr. Restaino, the officials said.

The personnel moves at A.T.F. come at a critical crossroads for the administration. The country is experiencing a surge in gun-related violence not seen in decades. Mr. Biden, who promised during his campaign to expand background checks and ban most semiautomatic rifles, has been stymied by Congress in his efforts to enact even modest changes.

Officials are cautiously optimistic that Mr. Dettelbach can be confirmed by the fall. But they are also tapping Mr. Restaino, who has led some of the highest-profile federal prosecutions from the Justice Department’s Phoenix office in recent years, to provide a more immediate boost to an underfunded agency responsible for enforcing the nation’s gun laws and regulations.

Guns and Gun Control in the U.S.

It is unclear whether Mr. Restaino will remain at A.T.F. if Mr. Dettelbach is confirmed. But he could remain at the helm if Mr. Dettelbach’s nomination fails, which the White House and the Justice Department view as highly unlikely.

While Mr. Richardson is popular with the A.T.F. rank and file, critics on the left say he has not moved aggressively enough to limit access to the deadly homemade firearms known as ghost guns or strengthened the agency’s division responsible for inspecting federally licensed firearms dealers after a sharp drop-off in oversight during the pandemic.

In the fall, Mr. Biden’s first choice to run the bureau, David Chipman, a fiery former agent turned gun control advocate, was forced to withdraw after Senator Angus King, a Maine independent who caucuses with Democrats, opposed his nomination.

Mr. Chipman later accused Mr. Biden’s team of failing to defend him from attacks by the National Rifle Association and other pro-gun groups.

White House officials, who acknowledge that they mishandled Mr. Chipman’s nomination, are intent on a different result this time. They are taking pains to emphasize that Mr. Dettelbach and Mr. Restaino both respect the work of A.T.F. field agents, who assist local law enforcement agencies in tracing guns and breaking up drug trafficking operations, and that both men have frequently cited their collaborations with the bureau as prosecutors.

“I want to thank the men and women of the A.T.F.,” Mr. Dettelbach said this month, when Mr. Biden announced his nomination. “Sadly, one thing I have also seen over the years is that the A.T.F. often does work in anonymity when its agents are out there risking their lives to protect us, only to be thrust into the public eye when it’s time for criticism.”

Mr. Restaino, 53, has not been in his current job long. The Senate confirmed him, by a voice vote, in November. But he has worked in the Arizona office for nearly two decades, serving as the chief of the criminal division in Phoenix and the head of the white-collar crime section. In 2009, he had a brief stint at the Justice Department’s headquarters in Washington, where he worked in the public integrity section.

In Arizona, Mr. Restaino worked on some of the state’s highest-profile prosecutions, securing the convictions of former Fiesta Bowl executives in a scheme to make illegal campaign contributions, and of Rick Renzi, a Republican former representative, for extortion and bribery in connection with a federal land swap deal.

Mr. Restaino, a graduate of the University of Virginia School of Law who served as a Peace Corps volunteer in Paraguay for two years, informed his colleagues on Tuesday that he was headed for Washington. They were surprised, an official said.