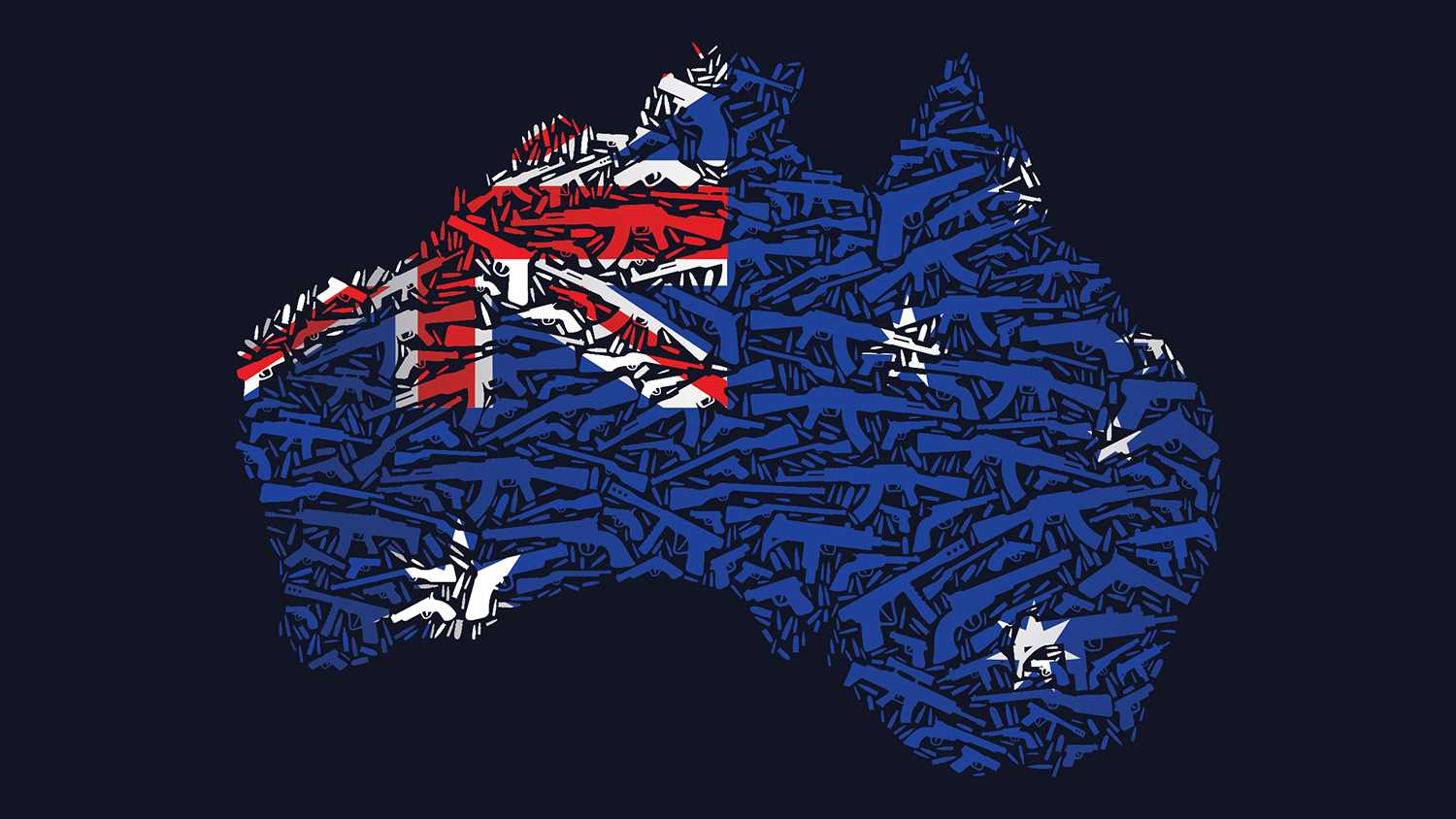 “Community safety for everyone,” Western Australia Premier Mark McGowan said, as he introduced his proposal to rewrite his state’s gun laws, adding that it was important to ensure “[we] prevent guns from getting into the wrong hands.” According to a government statement, “Western Australians now own more than 349,000 guns – a 60 per cent jump in the number of licensed guns compared to 13 years ago.”

As part of a public relations campaign in support of the coming reforms, the office of Paul Papalia, Western Australia’s Minister for Police, prepared and made available to the media a “map” depicting locational information for licensed gun owners, broken down using green dots (handguns) and blue dots (rifles). The purpose, it seems, was to underscore the need for urgent changes in the law by showing what the government considered to be the alarming spread of licensed firearm ownership, despite the absence of any evidence that tied these owners to crime.

In remarks on the push for new legislation, Police Minister Papalia emphasized that “community safety is not the number one concern” in the existing law, and “we are going to fix that …You’ve got to think, that with (almost) 350,000 firearms in the community, some of them, many of them probably are lying around just waiting to be stolen by criminals.” Apart from the fact that existing law already mandates that “firearms and ammunition are to be stored in a locked cabinet or container” that meets minimum specifications and not be kept “lying around …waiting to be stolen,” the irony of releasing a “shopping list” for criminals that helpfully narrows down where licensed firearms, by type, are kept seems to have been lost on Papalia.

Further, while his office maintains that the map indicators are anonymous and “span several potential house locations,” one newspaper claims it was able to identify, within hours, the exact locations of about 50 firearms owners, by “overlaying the [police] chart with a map of property boundaries using free software.”

A spokesperson for the Sporting Shooters Association of Australia called on Papalia to apologize to lawful gun owners for this “breach of trust,” characterizing the government’s action as one of “blatant disregard for the sporting and recreational shooting community” that caused “significant distress for responsible gun owners.” As far as the government message of “safety for all” and keeping guns out of the hands of criminals was concerned, the release of the map backfired spectacularly, as one gun owner pointed out. “I believe now my gun safe is a target for criminals who otherwise would never have known I or my safe existed.”

Situations like this explain why so many gun owners oppose government registries of firearms and firearm owners. Hacking attacks of government databases, accidental leaks, or the deliberate release of citizens’ private information exposes individuals to unwanted public attention, or more seriously, to harassment and threats by those hostile to guns and gun rights, and potentially other crimes.

In New York State, for example, a newspaper claimed that identifying citizens who chose to exercise their Second Amendment rights was responsible journalism because one of the “core missions [of] a newspaper is to empower our readers with as much information as possible on the critical issues they face, and guns have certainly become a top issue.” It published an online, interactive map with the names and addresses of state gun license holders that likely revealed the homes of local and federal “police officers, judges, battered women and ‘guys that did some undercover drug work,’” along with others who had no connection to firearms (as not all the underlying information was correct). Homes on the map were burglarized, and law enforcement officers reported threats by criminals who now knew where the officers’ families lived. The resulting public outrage prompted a change in state law.

The NRA is currently challenging legislation in California that authorizes the state to disclose to the California Firearm Violence Research Center at UC Davis and any other entity considered to be a “bona fide research institution,” private information about legitimate gun owners maintained in a state registry – including name, address, place of birth, phone number, occupation, driver’s license or ID number, and types of firearms owned.

As is likely the case with the Australian firearm owners, the plaintiffs in the litigation complied with the compulsory disclosure of their personal information on the basis that the state would use it exclusively for legitimate law enforcement purposes and would otherwise protect it as confidential. In addition to being a frightening violation of privacy rights, it’s not too difficult to believe – in a state as notoriously hostile to the Second Amendment as California – that the law is just another way of singling out and burdening those who actively exercise their gun rights.

“This information is a person’s identity,” Jason Ouimet, executive director, NRA-ILA, explains. “And it’s being handed over to organizations that have no duty to safeguard it. This will do nothing to prevent crime – it will only serve to put law-abiding gun owners at risk. Gun owners are entitled to the same privacy rights as all law-abiding citizens. They should not be ‘doxxed’ for exercising their rights.”