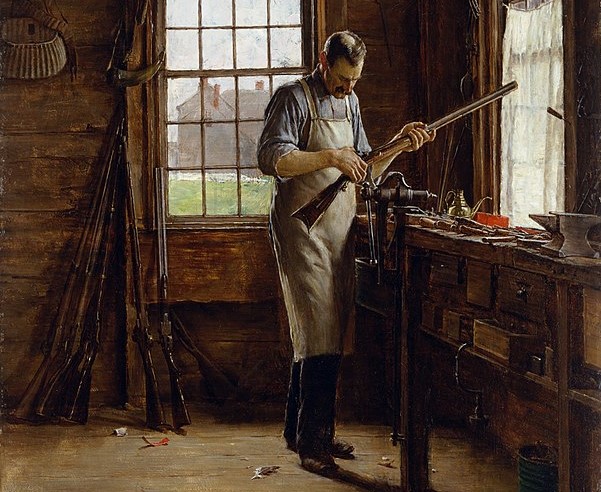 Legal and scholarly writings of FPC’s Joseph Greenlee have been cited in case filings and opinions all the way up to the U.S. Supreme Court

LAS VEGAS – February 8, 2022 – Firearms Policy Coalition (FPC) is pleased to announce that Joseph Greenlee, FPC’s director of constitutional studies and a frequent counsel of record on the organization’s amicus briefings, was recognized by SSRN as being in the “top 10 percent of all-time downloads” among the global network’s more than 700,000 research authors. Formerly known as Social Science Research Network, SSRN is a repository of  scholarly research in the social sciences, humanities, life sciences, health sciences and more.

Since 2016, Greenlee has published 10 extensive research papers on SSRN. His papers, cited in numerous Second Amendment and adjacent individual rights case filings and judicial opinions, have been downloaded more than 2,100 times. Greenlee’s most recent paper, “The American Tradition of Self-Made Arms,” explains how the Second Amendment protects the right to self-manufacture arms, including firearms commonly referred to as “ghost guns.” Other papers authored by Greenlee include those on the topics of Second Amendment rights of young adults (aged 18-20), concealed carry, and so-called “red flag” and “sensitive places” laws. All of his published papers can be found through SSRN’s author search.

“We celebrate Joe’s recognition as a top-cited thought leader on the Second Amendment,” said Adam Kraut, FPC’s vice president of programs. “The fact that his work has made its way into the filings and opinions of major Second Amendment cases illustrates how relevant his research and writings are to defending every American’s natural right to keep and bear arms.”

Individuals who would like to join the FPC Grassroots Army or donate to support pro-Second Amendment programs to protect and restore the right to keep and bear arms should visit JoinFPC.org. For more on FPC’s lawsuits and other pro-Second Amendment initiatives, visit FPCLaw.org and follow FPC on Instagram, Twitter, Facebook, YouTube.