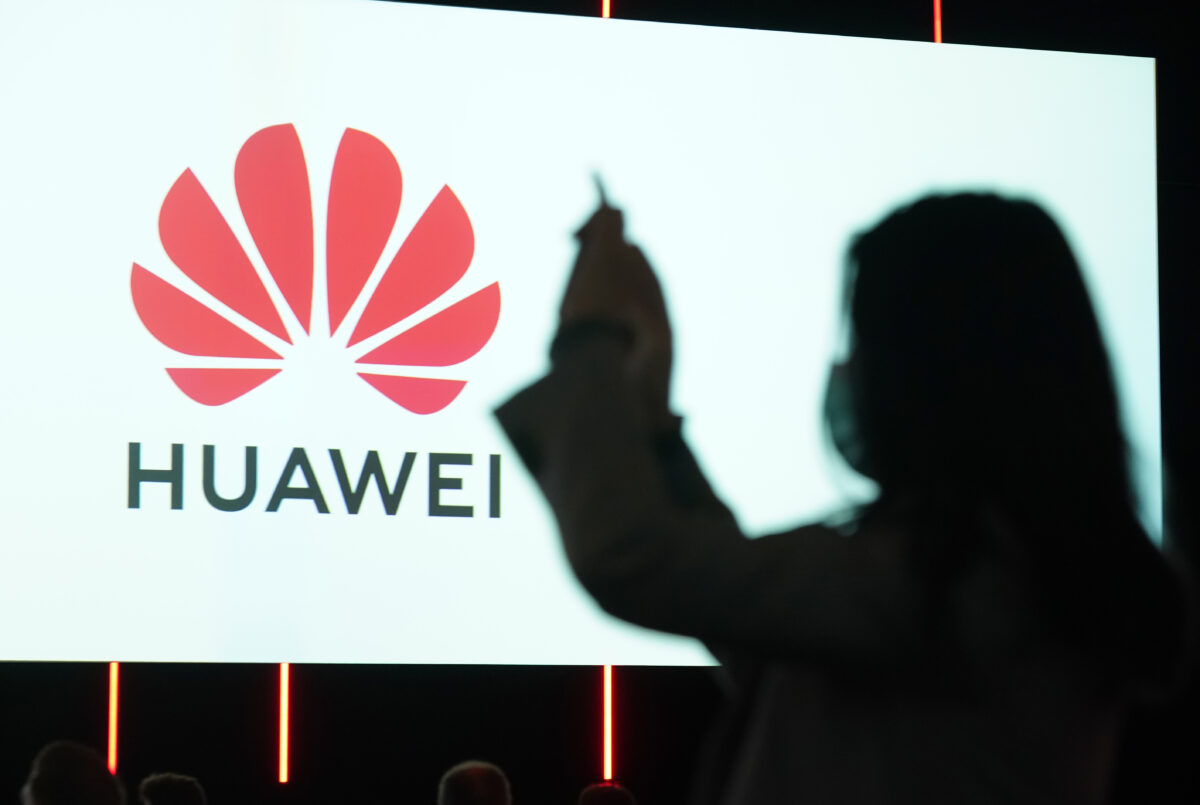 It’s one thing to get rich lobbying Washington on behalf of powerful interests. It’s another altogether when America’s enemies benefit.

Documents released last week revealed that Democrat mega-lobbyist Tony Podesta, brother of longtime bag man for the Clintons John Podesta, pulled in $1 million lobbying the Biden White House on behalf of Huawei, the Chinese telecom giant tied to Beijing’s People’s Liberation Army. A longtime worry has been that Western countries adopting Huawei’s low-priced communications hardware would become victims of espionage by the Chinese communist regime, or that at Beijing’s bidding Huawei could even cripple the vital national services or industries of free economies that come to depend on its 5G technology.

In truth, it already is. The Washington Post reported last month that Huawei chillingly touts that within China how it can identify individuals through voice and facial recognition and monitor prisoners’ re-education schedules through a program called the “Huawei and Hewei Smart Prison Unified Platform.” According to the Post, there are indications that Huawei is involved in police surveillance and corporate tracking of workers and consumers.

Podesta’s million bucks is not merely for being an agent for Beijing, however. In 2020, FBI director Christopher Wray took part in the Justice Department’s announcement of an indictment of Huawei for “conspiracy to violate the Racketeer Influenced and Corrupt Organizations Act (RICO) … to steal trade secrets stemming from the China-based company’s alleged long-running practice of using fraud and deception to misappropriate sophisticated technology from U.S. counterparts.”

But more disturbingly, the Justice Department disclosed Huawei’s deceptive efforts to hide its “business and technology projects in countries subject to U.S., E.U. and/or U.N. sanctions, such as Iran and North Korea.” Through a subsidiary, Huawei “assisted the Government of Iran in performing domestic surveillance, including during the demonstrations in Tehran in 2009,” Justice contended.

In 2019, the Post obtained internal documents revealing that Huawei over more than eight years secretly helped North Korea build its wireless network, with the strong suspicion that it in violation of U.S. export controls it provided equipment to North Korea, which is under international sanctions for its nuclear weapons development and testing and its human rights violations.

According to the Post, documents also showed that Huawei has business connections with the Chinese firm Dandong Kehua, which in November 2017 was sanctioned by the Treasury Department for moving goods to and from North Korea, viewed by the United States as financing Pyongyang’s nuclear and missile programs.

What is most head spinning is that this longtime powerful Washington figure, who, indirectly though it may be, now helps the world’s most evil regimes, all of whom either have or will likely soon have nuclear weapons, is both a confirmed creature of the left and one of DC’s most unashamed exhibitionists of bling.

Podesta has been everything from a lawyer for Rolling Stone magazine to an aide on the presidential campaigns of Eugene McCarthy, George McGovern, Ted Kennedy, Fritz Mondale, Michael Dukakis, and Bill Clinton. But in recent years, his perch as been as the flamboyant king of K Street lobbyists, known for his “red shoes and Italian suits,” hosting lawmakers and power brokers at his apartment in Venice during the famed Art Biennale exhibition, and showing off a museum-grade artwork collection in his mansion in tony Kalorama, a couple of doors from the Obama mansion. Add abodes in Manhattan, Sydney, Tasmania, on Lake Barcroft in Virginia, and a Capitol Hill townhouse devoted to fundraising.”

But the federal government caught up with Podesta’s work for the U.S. subsidiary of a Russian bank under U.S. sanctions. Art and real estate purchases and vacations ultimately left Podesta deeply in debt, forcing him to shutter his 62-employee lobbying firm, the Wall Street Journal reported in 2018, noting that Podesta and his wife had together given more money to the Democratic Party and Democrat candidates than any other Washington lobbyists over the preceding decade, according to records. Their “1,300-piece art collection … valued at an estimated $25 million”  included Shepard Fairey’s famous ‘Hope’ portrait of Barack Obama, which they ultimately donated to the National Portrait Gallery.

In 2007 and 2008, the Podesta Group paid in excess of $300,000 for the shipping and handling of Podesta’s art, apparently improperly reported as a business expense, according to documents viewed by the Wall Street Journal.

As giant clients like Wal-Mart bailed out of his firm, and even its own bank pulled the rug out, Podesta himself never ceased the jet-setting, vacationing in the French beach town of Saint-Pierre-Quiberon, as the Journal recounted, throwing a birthday party for himself in the face of the Feds closing in, with hundreds of guests feasting on pizza from the brick-oven stove in his Kalorama mansion’s backyard, and while employees got their final paycheck and their health insurance was set to end, Podesta was reportedly in New York for a two-day celebration of the new fashion calendar of Pirelli, his personal client, hobnobbing with celebrities like Naomi Campbell and Sean ‘Diddy’ Combs. Finally, Podesta took an advance on his lobbying commissions on his way out the door before shutting the company.

Podesta is not alone. Disgracefully, Huawei has enjoyed the services of Steptoe & Johnson, founded nearly a century ago, whose attorneys have included prominent Republicans like Judge Lawrence Silberman and former Arizona Rep. John Shadegg and well-known Democrats like former Arizona Gov. Bruce Babbitt and federal Judge Kimba Wood; Huawei has also been the client of Sidley Austin, founded in 1866, which boasts Mary Todd Lincoln and Western Union as early clients and once employed both Barack and Michelle Obama, as well as Utah Republican Sen. Mike Lee; and it has been represented by Jones Day, which has done legal work for more than half of the firms in the Fortune 500, for the National Rifle Association, and whose lawyers have ranged from former California Democrat Rep. Jane Harmon to the late Supreme Court Justice Antonin Scalia.

Business, labor, and special interests tilting the scales in the halls of power against ordinary Americans is one thing. Getting rich helping those who seek the destruction of America and the free world is a far darker brand of corruption, not to mention an existential threat to our nation.

Views expressed in this article are the opinions of the author and do not necessarily reflect the views of The Epoch Times.

Thomas McArdle was a White House speechwriter for President George W. Bush and writes for IssuesInsights.com