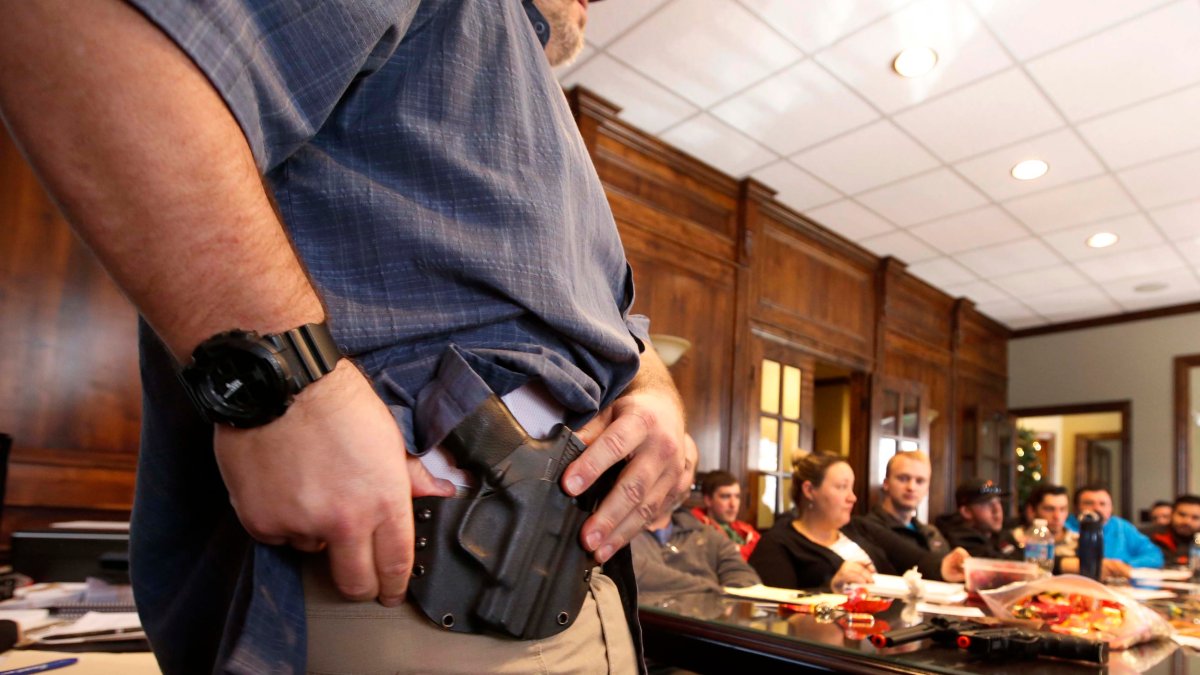 While gun rights groups support the plan, opponents include the city of Milwaukee and Children’s Hospital of Wisconsin

Republican state lawmakers are pushing a plan that would lower the minimum age to legally carry a concealed weapon in Wisconsin.

Currently, a Wisconsin resident needs to be 21 years old before they can apply for a concealed carry permit. The GOP-backed bill would lower it to 18.

Download our local news and weather app for iOS or Android — and choose the alerts you want.

“It is our obligation as the state Legislature under our oath to the Constitution of the United States and oath to the state constitution to ensure equality before the law,” Sortwell said at a public hearing on the plan.


‘We Need Answers:’ Search Continues for Suspect Who Killed Mother of 3 in Hit-and-Run Crash

While gun rights groups, including the National Rifle Association, support the plan, opponents include the city of Milwaukee, Children’s Hospital of Wisconsin and the Wisconsin Anti-Violence Effort or WAVE.

WAVE executive director Jeri Bonavia said her group is opposed because under federal law, anyone age 18 to 20 can’t legally purchase a handgun from a federally licensed firearm dealer.

“Which means that this age group that they’re talking about would likely need to be purchasing their gun from the gray market, from private sellers,” Bonavia said. “Which means that there would be no background check conducted on those purchases.”

Wisconsin Republicans are also considering other gun legislation during the remaining months of the state’s legislative session. That includes a plan that would let people with concealed carry permits keep guns in their vehicles on school grounds.

This article tagged under: