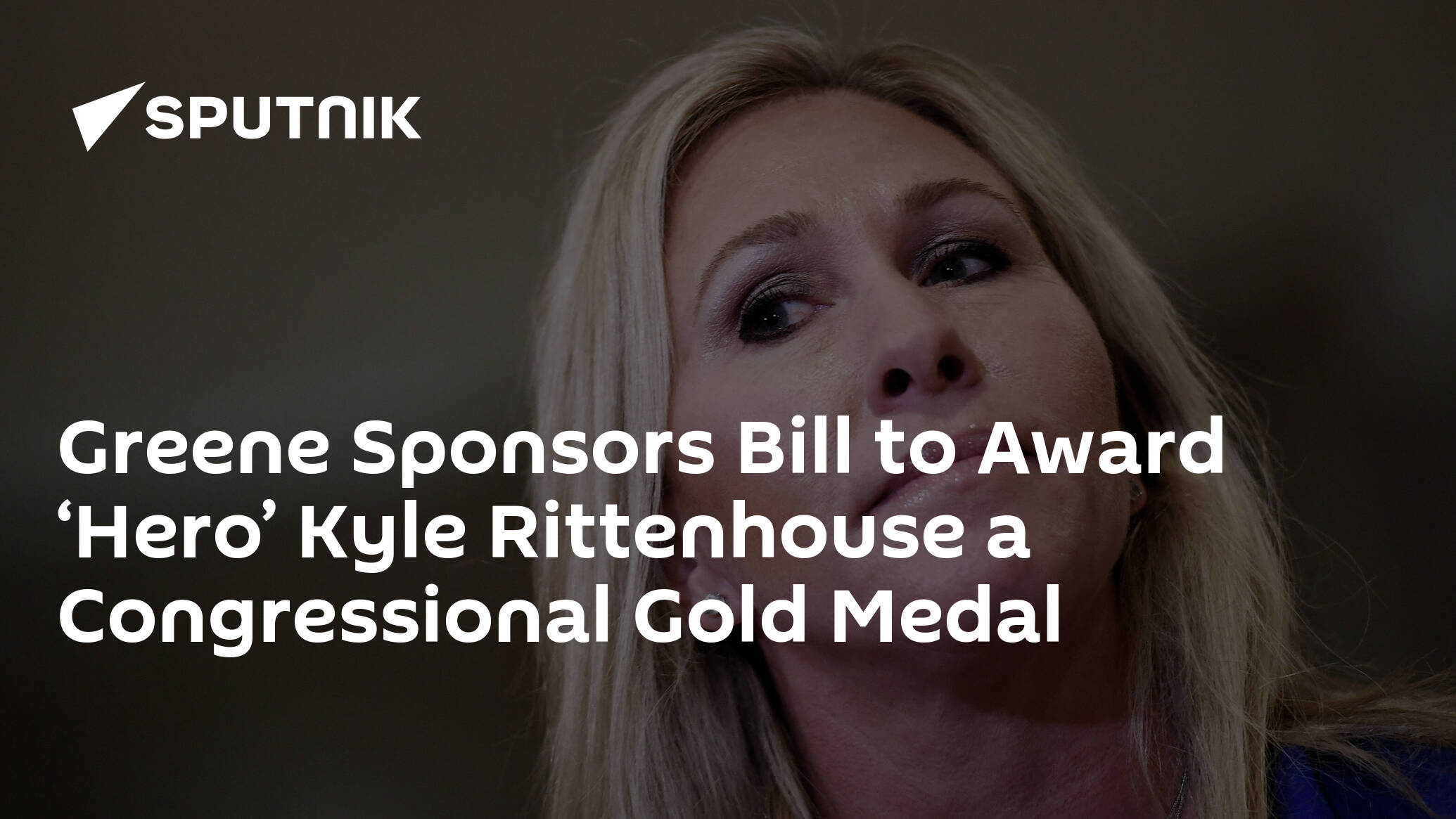 Rep. Marjorie Taylor Greene (R-Ga.) has introduced a bill to award Kyle Rittenhouse the US legislative branch’s highest honor – the Congressional Gold Medal.A summary of the bill, introduced on Tuesday, states that the measure would “award a Congressional Gold Medal to Kyle H. Rittenhouse, who protected the community of Kenosha, Wisconsin, during a Black Lives Matter (BLM) riot on August 25, 2020″.On 19 November, a jury cleared Kyle Rittenhouse, now 18, of five felony charges, including first-degree intentional homicide, stemming from a shooting incident that occurred during violent protests in Kenosha last summer.During his trial, the teen testified that he had acted in self-defence when he shot and killed Joseph Rosenbaum, 36, and Anthony Huber, 26, and wounded Gaige Grosskreutz, now 27, during a Black Lives Matter riot in Kenosha, Wis. All of the victims were white. Rittenhouse and his lawyers had argued that he acted in self-defence when he used his AR-style rifle to protect himself from demonstrators who were attacking him.Polarising CaseSeveral days after the verdict in the Kyle Rittenhouse case, American society continues to be divided over the acquittal. Greene was among those who had applauded the verdict, tweeting that the teenager was “one of [the] good ones”.Other Republicans in Congress had similarly been quick to congratulate Rittenhouse as having “taken a stand” for Second Amendment rights.GOP Congresswoman and and gun-rights activist Lauren Boebert cited the Second Amendment in celebrating the verdict, as did the National Rifle Association (NRA).Rudy Giuliani, former Trump attorney and ex-mayor of New York City, slammed the “mainstream media” for its coverage of the Rittenhouse case.Congressman Paul Gosar suggested that he might offer Rittenhouse an internship in his congressional office like his Republican colleague Matt Gaetz had earlier. Rep. Madison Cawthorn (R-N.C.) also offered Rittenhouse an internship following the verdict.When asked about Greene’s bill, Joel Valdez, a spokesman for Gaetz, was cited by The Washington Post as saying:Democratic activists and civil rights groups have decried the verdict as an example of a “miscarriage of justice” and “systemic racism” in the country’s judicial system.Wisconsin Gov. Tony Evers (D) said in a statement that irrespective of the ruling, the state had “work to do toward equity, accountability, and justice”.President Joe Biden, who said earlier on Friday that he did not watch the trial, had said in a statement:The bill introduced by Marjorie Taylor Greene does not have any co-sponsors yet, and has been referred to the House’s Financial Services and Administration committees. It needs to be co-sponsored by at least two-thirds (290) of the members of the Democratic-controlled House.