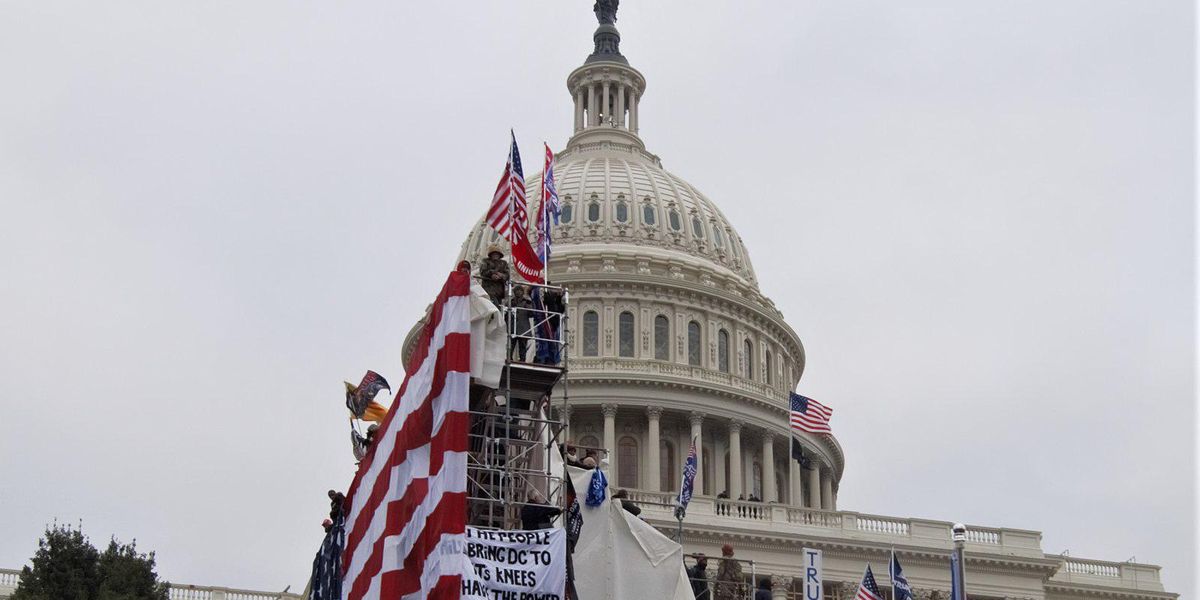 The American system of government has been around for 232 years, and it has survived wars, depressions, social upheavals and pandemics. But we should not bet that it will survive much longer. The proliferating signs of rot suggest the end may be near.

The election of 1800, in which Thomas Jefferson defeated incumbent John Adams, was perhaps the most important in our history, being the first to involve a transfer of power from one political party to another. It established that both winners and losers would respect the outcome of elections.

“I have this morning witnessed one of the most interesting scenes a free people can ever witness,” marveled a woman who attended Jefferson’s inauguration. “The changes of administration, which in every government and in every age have most generally been epochs of confusion, villainy and bloodshed, in this our happy country take place without any species of distraction or disorder.”

That marvel can no longer be taken for granted. The results of the 2020 election have been furiously resisted by the losing candidate and his supporters. Months later, the contest remains at issue among a significant faction of the electorate.

Some members of that faction took part in the violent invasion of the U.S. Capitol on Jan. 6, intent on preventing the Senate from certifying the results of an election that had been certified in all 50 states.

Their rationale was that Biden won only through massive fraud. You can deduce this is nonsense from the fact that Republicans made gains in the U.S. House and in state legislatures. If Democrats stole the presidential election, why didn’t they bother to steal the others? Donald Trump’s lawyers filed more than 60 lawsuits pressing this claim and lost nearly every one.

Many of his political allies have not only promoted the fraud fantasy but shrugged off the attempted coup. House Republicans voted overwhelmingly against creating a bipartisan commission to investigate what happened. They purged Rep. Liz Cheney from her leadership for daring to speak the truth on the election and the insurrection.

The campaign of falsehoods has worked with a lot of Americans. One poll found that only 23 percent of Republican voters believe that Biden legitimately won. Another found that a majority of them blame the Capitol riot on Democrats, antifa, or the Capitol Police.

What is especially ominous, though, is what this conduct implies for the 2024 election. A lopsided majority of House Republicans voted against certifying the results in Arizona and Pennsylvania. If Republicans gain a majority in the House in 2022 — as past off-year elections suggest they will — they could refuse to certify the results from states won by the Democratic presidential nominee.

In that case, neither candidate would have a majority in the Electoral College, and the election would go to the House, with each state delegation getting one vote. Republicans already dominate in more than half the state delegations — giving them the power to install a president rejected by the electorate.

All this may sound paranoid. But consider the many ways Trump and his supporters have tried to reverse his defeat. Trump called the Georgia secretary of state and pushed him to “find 11,780 votes.” He called the speaker of the Pennsylvania House urging him to invalidate Biden’s victory there.

He summoned Michigan Republican legislators to the White House in hopes of overturning the state’s vote for Biden — prompting Sen. Mitt Romney, R-Utah, to say, “It is difficult to imagine a worse, more undemocratic action by a sitting American President.” Yet the vast majority of elected Republicans have stuck with Trump.

The GOP-controlled Arizona state Senate ordered an audit of votes in Maricopa County — an audit deemed illegitimate by the county recorder, a Republican. Trump allies are pursuing an audit of mail-in ballots in Fulton County, Georgia, though every vote in the state has already been tallied in three separate counts.

The effect of this sustained effort to delegitimize Biden’s presidency is to undermine trust in our elections and thus justify efforts to use any weapon to ensure a Republican victory in 2024.

In 2017, The Washington Post adopted the somewhat self-important motto, “Democracy Dies in Darkness.” But if American democracy dies, it will be in the clear light of day.