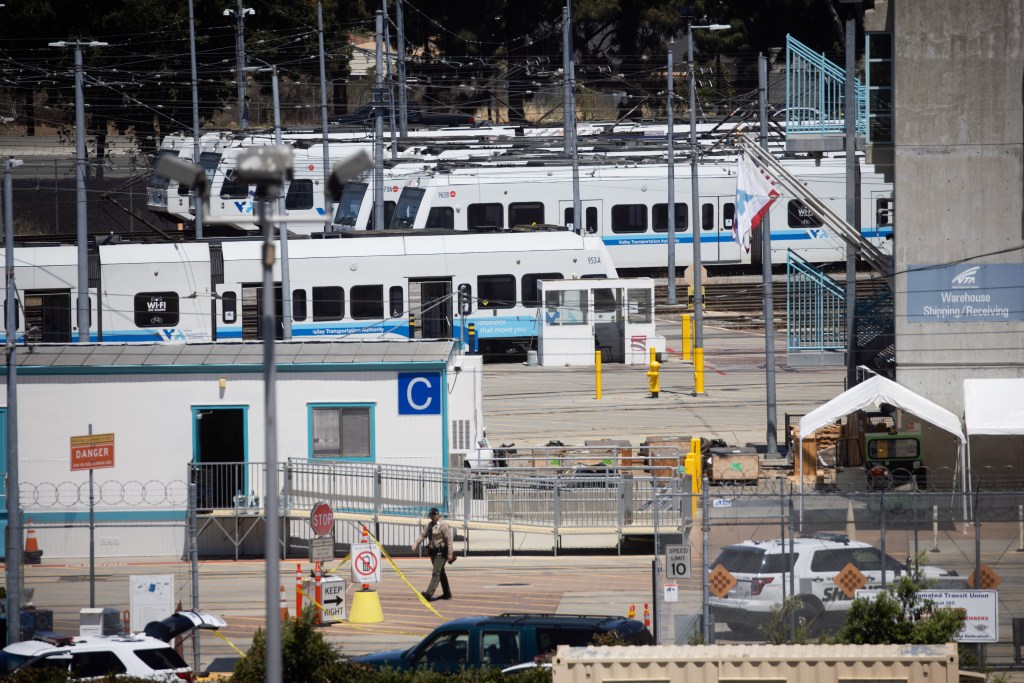 Submit your letter to the editor via this form. Read more Letters to the Editor.

How many more innocents must die before the scourge of guns is lifted from the United States?

Wednesday’s mass murder in San Jose is one more of a tragic series of assaults in the past year. It is past time to repeal or change the Second Amendment to the U.S. Constitution, which was crafted when the fledgling United States faced the threat of invasion from abroad as well as deadly conflict with affronted Native Americans.

Guns of the time were cumbersome, single-shot weapons of dubious accuracy and reliability. Now maniacs can use semi-automatic weapons with large-capacity magazines holding high-velocity projectiles.

The blood of victims demands the country acknowledge modern conditions and begin taking guns off the nation’s streets.

Time to take critical
look at our gun laws

There have been 232 mass shootings in the United States this year. San Jose became the latest this morning when eight people were killed by a coworker who then, allegedly killed himself. Police report additional fire arms and a cache of ammunition at the assailant’s home. The bomb squad is currently investigating the threat of bombs adding yet another layer of terror.

Today our hearts go out to those who died, those grieve, those who are traumatized.

Tomorrow, let’s face the fact that gun violence is a threat in our daily lives. This is not about the Second Amendment or denying healthy, law-abiding citizens the right to own guns. It is time to look critically at the legitimacy of private citizens owning automatic weapons of war and arsenals of munitions.

I’m not sure what it will take to implement rational, effective gun control, but we must.

If nothing else,
let’s ban assault rifles

Chris Rock has the right idea.

If no one is interested in eliminating assault weapons, let’s listen to Chris Rock and charge $5,000 a bullet. Make ammunition so expensive they can’t buy it. Give them all the guns they want.

Not a bad idea since no leaders are willing to take on the NRA and eliminate a huge problem in America. Same scenario, more killing with a common-sense issue, eliminating assault weapons.

One wonders if anyone understands the Second Amendment. It has to do with arming a state militia who was responsible for the defense of the 13 colonies against a foreign power after the Revolutionary War — that’s it.

Jamie Court’s oped on disqualifying Tesla’s energy credits because of its massive Bitcoin investment (“Why California’s air board should force Tesla divestment of Bitcoin,” Page A6, May 25), was an interesting analysis.

The concept, should it hold true, would make a great deal of sense.

However, I do not believe that Elon Musk (or Tesla) mined any Bitcoin. They purchased it on the open market, as it had been previously mined.

I may be wrong, but I’m thinking that holding/buying or selling existing Bitcoin does not create the size carbon footprint that new mining activities do.

So I believe his analysis may not be entirely valid.

Perhaps someone could validate what I said, or show me where I am wrong.

I have repeatedly heard the Prior Guy claim that this, that, and the other are “Witch Hunts”. Now it’s a grand jury in New York.

Contrary to the allegations, Robert Mueller actually led a “witch capture” that led to multiple indictments, convictions, and plea bargains.

Nov. 3 was, in fact, a “witch exorcism,” when America removed the sitting witch from office.

Get Morning Report and other email newsletters