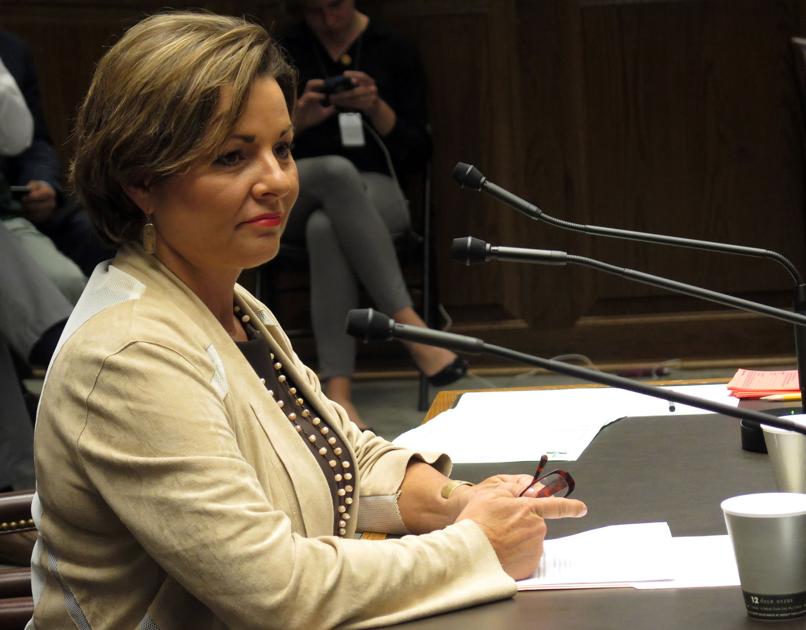 Instead, lobbyists are pushing a proposal to reopen the so-called “boyfriend loophole,” which would allow some abusive partners to keep their guns.

What began as a bipartisan effort to streamline Louisiana’s definition of domestic abuse has devolved into a fight over gun rights, pitting the National Rifle Association against victims’ advocates — and state Rep. Malinda White.

“They’re dealing with the wrong woman,” said White, a domestic abuse survivor, enthusiastic gunowner and Bogalusa Democrat who’s sponsoring the bill. “I believe in 2nd Amendment rights and I stand with them on almost everything. But when it comes to domestic abuse, they shouldn’t be at the table — and they shouldn’t try to control the conversation.”

House Bill 159 would expand the definition of domestic abuse to include some forms of non-physical, emotional abuse such as coercion, control and intimidation — but only when it’s used to prevent a victim from escaping a relationship or contacting law enforcement.

Experts argue the language better reflects the realities of domestic abuse and will help victims obtain protective orders before their circumstances escalate to physical violence.

But after sailing through a House floor vote with unanimous support, the state’s influential gun lobby began raising objections. They say the definition is too broad and will result in gunowners losing their firearms more often.

“It includes stuff that I wouldn’t do to a partner, and I certainly wouldn’t want a partner to do to me, but it’s not violence,” Louisiana Shooting Association President Dan Zelenka said.

Domestic abuse, in most cases, doesn’t begin with violence, said Andrea Carroll, an LSU law professor who spent nearly four years crafting the new definition with experts at the Louisiana State Law Institute, a nonpartisan arm of the Legislature

Instead, the abuse starts with controlling behaviors, Carroll said.

But to obtain a protective order, a victim typically has to demonstrate they’ve already been physically or sexually abused. Often, that protection comes too late — one reason, experts say, Louisiana routinely leads the nation in domestic abuse fatalities.

“We’re telling victims ‘leave, leave, leave,’ yet we won’t provide any protection for you to leave until it escalates into physical violence,” said Mariah Wineski, executive director at the Louisiana Coalition Against Domestic Violence. “It’s absurd that we would let it get that far.”

The definition proposed is actually quite narrow, Carroll argued. It’s not just any form of coercion, control and punishment, it’s behavior that prevents victims from reporting to law enforcement or escaping a relationship.

“This allows a court to intervene at an earlier stage, before physical violence takes place,” Carroll said.

Still, Louisiana’s gun lobby calls the definition too far-reaching, saying it would result in more protective orders, which under existing state law, require gunowners to forfeit their firearms. In Louisiana, those orders can only be issued after a due process hearing before a judge.

“The bill adopts the widest imaginable definition of ‘domestic abuse,’ which, as we often say, includes conduct that is neither ‘domestic’ nor what we would traditionally consider ‘abuse’,” Matthew Herriman, the NRA’s state director, wrote in an email to White.

The gun lobby isn’t only targeting the new definition.

Herriman, who declined to comment for this article, suggested amending HB159 to allow abusive dating partners who don’t live with their victims to keep their guns — reinstating the so-called “boyfriend-loophole” in federal law.

An LSU study found that the internet, particularly social media, has been a key resource for Louisiana groups working to prevent violence agai…

White said she’s not budging on the definition — and won’t let them re-open the loophole. She said she’s tired of the NRA thinking it can bully the state Legislature. On Twitter, she posted about being “locked, cocked and ready to rock” for Tuesday when HB159 comes before a Senate Judiciary Committee.

For White, the issue is personal. When she was younger, she said, she was trapped in a controlling relationship.

Get the Louisiana politics insider details once a week from us. Sign up today.

“I know what it feels like to be isolated from the world,” she said. “Coercion and control is where it starts.”

White doesn’t shy away from supporting gun rights, either. She’s an avid hunter and was one of a handful of Democratic lawmakers this session to vote for legislation allowing people to carry concealed handguns without a permit.

“We’ve got more guns than grass in Washington Parish,” White said. “I know how to shoot a gun and I never miss.”

When it comes to issues of domestic violence, however, White said the gun lobby has no place in the debate. She said the NRA should stand with victims of domestic abuse instead of supporting “terrorist” abusers.

“I’m all about the 2nd Amendment, but I’m also about protecting life,” White said. “The blood is on [the gun lobby’s] hands if people die because they’re not trying to protect life.”

Louisiana has the fifth highest rate of women murdered by men in the nation — nearly twice the national average, according to the Violence Policy Center — while homicide is among the leading causes of death for pregnant women in the state, according to researchers at Tulane and LSU.

Wineski, executive director at the Louisiana Coalition Against Domestic Violence, said if the state wants to prevent those homicides, it needs to recognize that domestic abuse doesn’t start with violence. She said domestic abuse is widely understood to be a “pattern of behavior” that often starts with coercion and control.

“I don’t think we’re inherently a more violent state,” Wineski said. “But we obviously have some systemic issues where offenders are not being held accountable early enough.”

Judge Lisa Woodruff-White, of the East Baton Rouge Parish Family Court, said one of the worst cases of domestic violence she tried in her 13 years on the bench involved no physical violence at all.

“The facts in the case all pertained to the husband’s exercise of complete power and control over his wife such that she was deprived of any resources and imprisoned in their home,” Woodruff-White, who helped craft the bill, wrote in a letter to White.

“A history of physical violence is not necessary for there to be a risk of abuse or death and the weapons prohibition is an important part of that protection,” Woodruff-White added.

Sport said Zelenka, with the Louisiana Shooting Association, joked to her that the proposed legislation could be used to take firearms away from “sugar daddies” who take credit cards away from their girlfriends.

“This is beyond insulting, and shows a disturbing level of ignorance of the dangerous situations victims of domestic abuse find themselves in,” Sport said.

Zelenka said his comment was meant as hyperbole to show how broadly the new definition could be interpreted.

The bill, in some ways, offers a narrower definition for domestic abuse than existing law, Carroll noted.

Carroll noted that the proposed legislation, which was crafted with judges who will end up interpreting the law, removes that open-ended clause and spells out the other circumstances concretely.

Wineski said when it comes to defining issues of domestic abuse, the gun lobby shouldn’t take precedent over those who know the issue best.