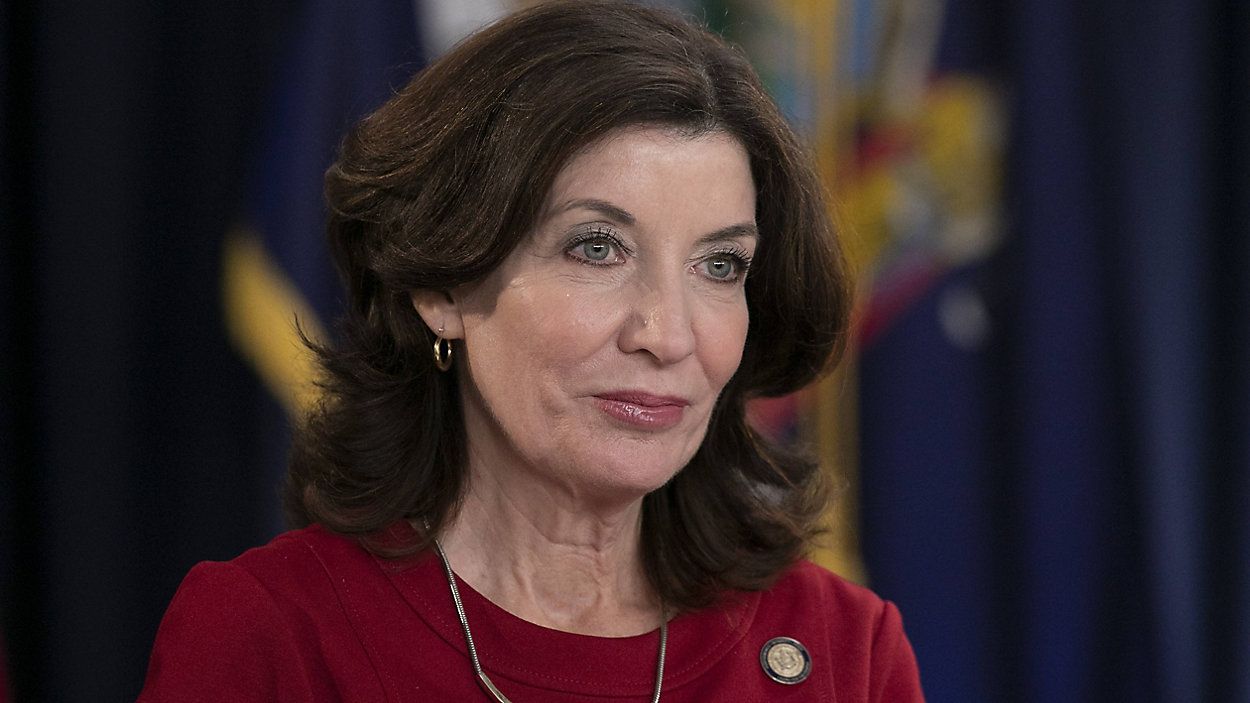 Prior to seeking her first elected office, she served as legal counsel and legislative assistant to Congressman John LaFalce and Senator Daniel Patrick Moynihan, and her interest in politics and government started even before that.

“I’ve been doing this since I was the only woman in a room as a teenager working with Tim Russert and people who worked in Erie County politics as a kid and always the youngest, always the only woman,” she said during an interview last year with Capital Tonight.

Hochul served 14 years as a member of the Hamburg Town Board before then-Governor Elliot Spitzer appointed her as Erie County clerk in 2007, a seat she defended later that year and in 2010.

Perhaps Hochul’s most high-profile victory came in 2011 when she won a special election to fill the 26th Congressional District seat vacated by embattled Republican Chris Lee. She became the first Democrat to represent the district in 40 years.

Less than two years later the districts were redrawn, with the now-27th getting even redder. Hochul lost a tight contest to Republican Chris Collins in 2012.

Two years later she joined Cuomo’s ticket. Prior to becoming lieutenant governor, Hochul had a reputation as a moderate Democrat.

She regularly ran on the Conservative Party line for local and county races, opposed Spitzer’s push for driver’s licenses for undocumented immigrants, and secured the National Rifle Association’s endorsement while in Congress. Since joining the Cuomo administration, however, she has been in lockstep with the governor’s policy priorities including the SAFE Act and Green Light Law.

“Over the last 11 years there’s been a real shift in people’s attitudes, particularly when we know how under assault our immigrant community is from Washington,” she said during a 2019 interview. “It’s a different climate than we had a few years back.”

In the past year, the lieutenant governor has not been part of Cuomo’s much-watched coronavirus press conferences. She has however been the point person for the Western New York region connecting the state to local and county leaders.

“Public health is the first element of my responsibilities but also Western New York is microcosm of the rest of the state,” she said when she took the role.

If the governor were to leave office for any reason, Hochul would become both the first female governor in New York’s history and the first from Western New York in more than a century.