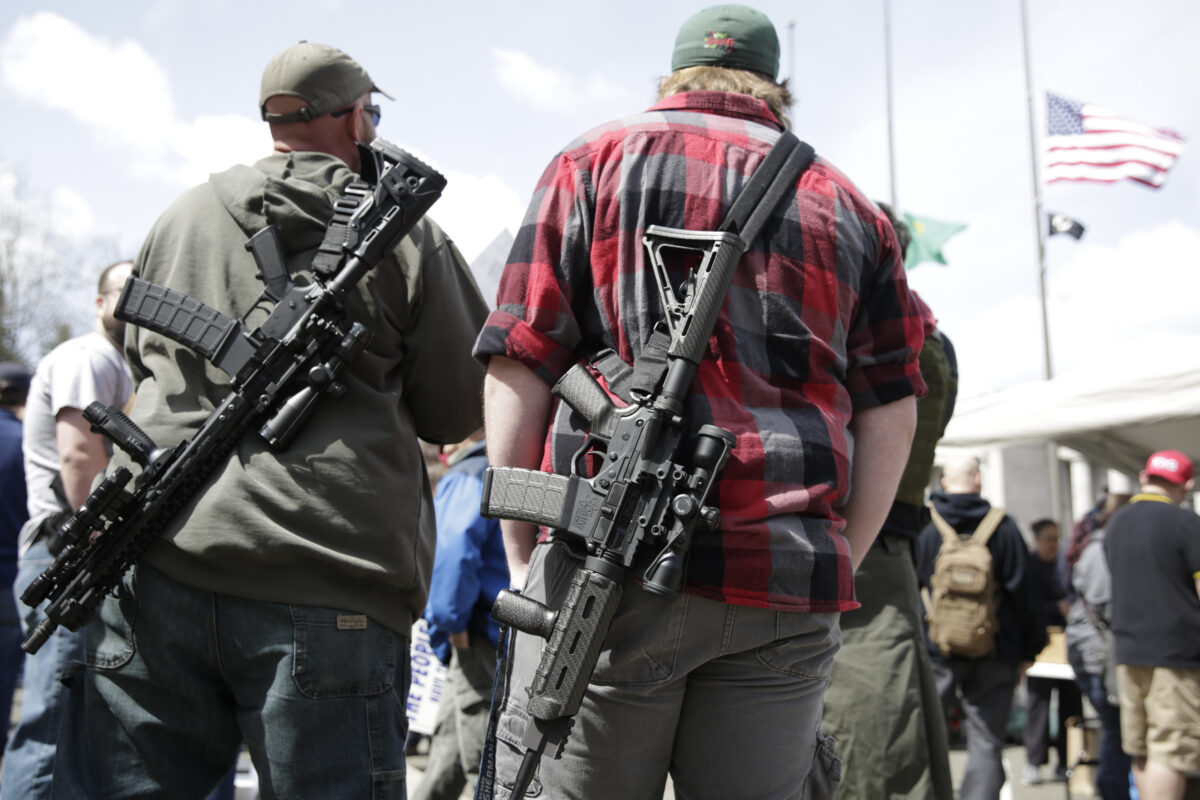 The Washington state Senate on Thursday approved a ban on people carrying guns in the open on Capitol grounds and at or near rallies.

Lawmakers approved the legislation in a 28-20 party-line vote.

With exceptions for law enforcement and people who own property in the area, the bill would bar people from openly carrying firearms or other weapons within 250 feet of a permitted demonstration or on state Capitol grounds.

The bill would add language to a law that already bans firearms inside courtrooms, airports, and other places.

Violators would face a misdemeanor. They could be sentenced to up to one year in prison or a fine of up to $5,000.

State Sen. Patty Kuderer, a Democrat who sponsored the bill, said on the floor in Olympia before the vote that “there’s been intense political polarization in our country.”

She said she introduced the bill “because guns and polarized politics is a bad combination, and it poses serious risk to public health and safety.”

“Honestly, I don’t see any practical purpose for carrying a deadly weapon at public demonstrations or here at the Capitol. The only purpose to do it is to intimidate people who are exercising their First Amendment rights,” she added.

State Sen. Judy Warnock, a Republican, said she attended a rally last year that was organized by minorities and may have been linked to Black Lives Matter. During the march, she said, there were counterprotesters openly carrying along the route.

The bill will now be considered by the state House, where Democrats hold a 57-41 majority.

Second Amendment protests are common in Washington state, with some taking place at the state Capitol. Currently, people are allowed to open carry inside the building itself, and on the Capitol grounds.

According to the Giffords Law Center to Prevent Gun Violence, which advocates for gun restrictions, three states—California, Florida, and Illinois—along with the District of Columbia bar people from openly carrying guns in public.

Five other states prohibit openly carrying handguns or long guns, but not both.

Many states that generally allow open carry bar open carry in specific locations, such as schools and on public transportation.

Forty-three states, meanwhile, allow concealed carry upon completion of certain requirements, with no permit required, or with certain exceptions, according to the National Rifle Association’s Institute for Legislative Action. Washington state is one of the former, according to the group, which says advocates for laws officials believe protect against Second Amendment infringements.